VOD film review: I, Tonya | Where to watch online in UK | How to stream legally | When it is available on digital | VODzilla.co

Whether you liked The Wolf of Wall Street or not, whether you bought into Suicide Squad or not, one thing has been remarkably clear in the last five years: Margot Robbie is a star just waiting for a chance to shine. I, Tonya is that chance, and she doesn’t miss it, immediately bagging an Oscar nomination for her eponymous lead role.

She plays Tonya Harding (Margot Robbie), an ice skater famous for all the wrong reasons. She was the first American woman to complete a triple axel in competition. But she was also maybe or maybe not responsible for an attack on rival Olympian Nancy Kerrigan. Craig Gillespie’s biopic skirts around that circle of ambiguity with a wicked grin, flipping, twisting and turning 180-degrees as it chops and changes between different versions of events – each truth delivered by deadpan talking heads, intercut with the action.

It’s a delightful device, which uses the faux-documentary format not to lend realism to unlikely theories but to heighten the absurdity of actual events, as we see Tony slide into a marriage with Jeff (an unrecognisable Sebastian Stan) and them both glide into trouble, when his mate Shawn (a scene-stealing Paul Walter Hauser) gets ideas about how to help them nab an Olympic medal.

But while there is gloriously wicked humour to be found in this dark tale of glittering Americana, there is also an agonising brutality to the way Tony is treated by everyone around her. Her mother, LaVona, bullies her into skating as a child, ruining her education in favour of training her up. When she finally escapes that household by marrying Jeff, he winds up physically harming her too – and so she becomes a woman caught between two abusive households, with no safe place to go. It’s a heart-wrenching, unfair position, which only pushes her life further off the beaten path, while reinforcing her rebellious, independent streak.

Robbie is never less than magnetic, combining a convincing physical prowess with a charismatically rambunctious attitude – the slow-motion shots of her skating are as breathtaking as her top-notch delivery of every humdinger of dialogue, whether it’s a loud insult or an impassioned cry for lenience. (Director Craig Gillespie, who also helmed the underrated remake of Fright Night, is equally at home crafting spectacular set pieces and capturing witty exchanges.) Robbie is matched every step of the way by Allison Janney, whose toxic screen presence permeates every frame she’s in. She plays LaVona with a cruelty so believable that it’s at once heart-wrenching and hilarious, callously pushing her daughter to achieve great things, while not caring about any lasting damage and certainly not caring about taking all the credit on her behalf.

Steven Rogers’ script doesn’t shy away from the complexities of their ambiguous bond, and it’s that meaty blend of mutual affection and resentment that gives I, Tonya its dramatic heft. There’s fun in her idiosyncratic choice of backing music, insight in her deliberately ‘un-female’ style of skate, and gripping true crime thrills in the contradicting accounts of how Nancy got her death threats. But it’s the honestly performed mother-daughter relationship that sticks with you. What emerges isn’t just a daring portrait of a well-known wild child, but also a rousing portrayal of a fighter whose subversive persona in the rink was as much performance as it was resilience – talent as identity, success as revenge and sport as survival. 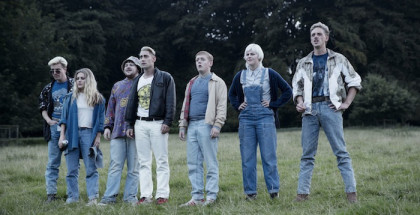