VOD film review: I Never Cry | Where to watch online in UK | How to stream legally | When it is available on digital | VODzilla.co

Part character study and part social commentary, this layered, well-performed drama is one of 2021's most absorbing films.

The most moving moment of Polish director Piotr Domalewski’s debut feature, Silent Night, is when the rueful patriarch describes his time working abroad: “I thought I could be a human being over there, and not some ‘Polack’.” With his second film, I Never Cry, Domalewski continues to explore the intergenerational after-effects of economic migration on Poland’s working class.

Where Silent Night was about a homecoming, I Never Cry is a journey into the unknown, as 17-year-old Ola (Zofia Stafiej) must travel to Dublin, where her father has been killed in a work accident. Tasked by her mother with getting her father’s body back for burial, Ola is brought face-to-face with the bureaucracies of a Europe where people like her father are barely seen as human. When asked to identify her father’s crushed body, Ola’s inability to recognise him visibly irritates the doctor.

The film is equal parts social commentary and character study. Stafiej’s turn as Ola is truly remarkable. Relatively unmoved by her father’s death – a man she barely knew growing up – Ola is a spiky personality with a talent for casual thievery. Even before her father’s death, we get a glimpse of what Ola’s normally like when she fails her driving test due to road rage. In the hands of a less able performer, this sullen teenager could be either unengaging or rage-inducing to watch, yet here we have an unconventional heroine.

There is a barely detectable trace of bleak humour to I Never Cry. The frequent calls from her overbearing mother are announced by a ringtone recalling NWA’s most famous lyric. The film does an excellent job at illustrating how unfeeling systems and a lack of money come together to make Ola’s seemingly simple task a monumental challenge. Early on in her quest, Ola learns that a coffin will be out of her reach even if she acquires the necessary death certificate. Through death and its aftermath, the film finds a unique angle to critique exploitation in the age of globalisation.

Yet for all its political implications, I Never Cry remains a story about a daughter’s relationship to her father. At first more concerned about getting the money for a car her father promised her before he died, Ola gradually comes to learn and eventually care about the man through his co-workers and his Romanian mistress (Cosmina Stratan).

I Never Cry is one of the most absorbing films of the year because it has all these layers to it. Anchored by a brilliant character in Ola, the film is eminently watchable. Both Stafiej and Domalewski have proven themselves here as artists to keep an eye out for. 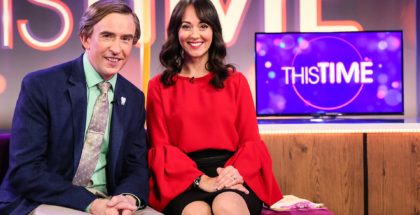