VOD film review: Holy Motors | Where to watch online in UK | How to stream legally | VODzilla.co 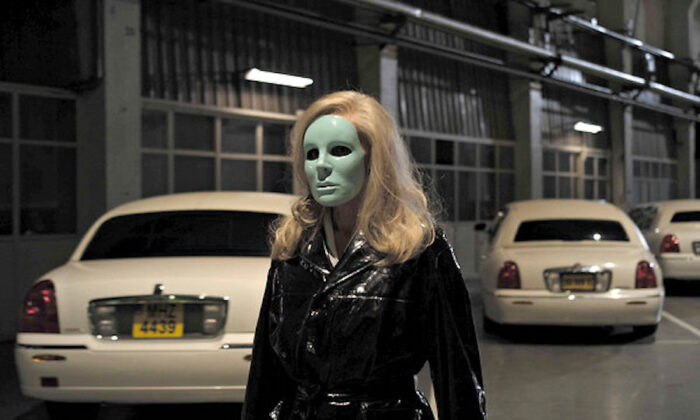 Leos Carax's surreal, cynical, beautiful film about filmmaking and performance is an experience worth partaking in.

Leos Carax’s Holy Motors is hard to summarise. It’s a film that haunts you long after the credits have rolled. Released in 2012, the film was Carax’s first feature in over a decade, and it took the film critic world by storm. Although Holy Motors is certainly a compelling masterclass of cinema, its surrealism and lack of narrative doesn’t exactly make it an accessible or enjoyable film for all.

Denis Lavant plays Mr Oscar, a man who appears to have a job as an actor, playing several different roles a day, but to no cameras or audiences. He spends his day being driven around his associate, Céline (Édith Scob), in a white limousine, which is full of costumes and props. Sometimes, his roles are seemingly ordinary, and other times they are monstrous and bizarre. When we first meet him, he plays an old woman begging on the street as people pass him by not bothering to look at him. Then he dons a motion-capture suit and partakes in a bizarre erotic dance with another motion-capture artist. For his next role, he plays a hideous man who lives in the sewers and emerges in a graveyard where he kidnaps a model (Eva Mendes). In another scene, he plays a father picking up his daughter from a party and berates her for not being sociable. In another, he kills a man who looks exactly like himself. And so on and so on for 116 minutes.

If this all sounds too absurd and totally bonkers, then Holy Motors isn’t the film for you. In fact, it’s hard to pinpoint who the intended audience is. Is it for cinephiles? Or is it just an exercise for the film’s director in order to get a few things off his chest? In an interview, Carax confessed that he makes films for “the dead”, but it’s hard to grasp whether he’s being serious or telling the truth. He clearly loves the act of filmmaking and Holy Motors is a brilliant display of the beauty and power that cinema can have over our lives.

However, Holy Motors is also a very cynical film about filmmaking and the act of voyeurism. It tells snippets of stories and gives us glimpses of characters. And, the moment the viewer becomes invested in the lives of these characters, the scene stops abruptly and Mr Oscar departs in his white limo. One gets the impression that Carax wants to deliberately test the audience’s patience and attention span, and to make us think about the absurdity of storytelling. We become so invested in the lives of others on the big screen that we forget to pay attention to the world around us. And like Mr Oscar, we are all performers, acting our way through life to tell a narrative that we want to invest in. In this world of social media, which relies on people getting likes and documenting every aspect of their lives, Holy Motors is revolutionary in how relevant it still is.

It could also be argued that Holy Motors is an ode to the history of cinema. Carax doesn’t rely too heavily on dialogue and instead allows the power of performance from his actors to speak for him. One can read into certain scenes as being references to great works of cinema – King Kong, Frankenstein, Eyes Without a Face – and there’s a certain thrill when you can connect the dots. Holy Motors celebrates film as an art form, but also highlights its flaws. We have become too reliant on dialogue, plot and characters, so much so that Carax would argue that we have destroyed the beauty of cinema.

For those who have seen Holy Motors before then it’s a film worth revisiting, but for new viewers it may be a challenge to sit down and watch this epic in one go. At times, you’re not sure whether you want to switch it off and walk away. However, there’s something magnetic about the film that keeps pulling you back in. In a lot of ways it’s hard to recommend to anyone, but it’s an experience worth partaking in. You’ll be left questioning how much of your own life is a performance.

Holy Motors is now available on MUBI UK, as part of a £9.99 monthly subscription.

Tomorrow Never Dies: 007 does satire in this timely romp 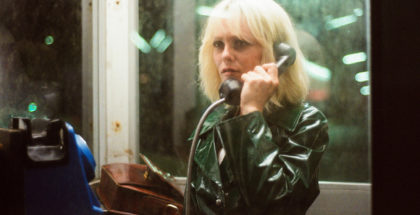