Netflix UK film review: Holidays | Where to watch online in UK | How to stream legally | When it is available on digital | VODzilla.co

This entertaining bundle of scary shorts might become your new favourite seasonal tradition.

Ever since 2012’s V/H/S, horror anthologies have been enjoying something of a rebound in popularity – and while that analogue-themed franchise ran out of steam, Holidays is genuinely creepy reminder that short doesn’t always mean sweet.

The compendium is more packed than most, with no fewer nine directors contributing towards an eight-film bumper package – at 100 minutes, and with a global VOD release the day after its Tribeca premiere, that’s an absurdly good number of scares for your buck. The theme? Holidays, with each piece offering an interpretation of a different calendar fixture.

Kevin Kolsch and Dennis Widmeyer dive into darkly amusing waters with a Valentine’s Day tale of a schoolgirl crush that has its heart in the right place – not an instant classic, with its themes of bullying feeling familiar, but a fun way to dip our toes in the water with a superb turn from its lead actress. Adam Egypt Mortimer’s New Year’s plays as a natural bedfellow to Smith’s sex-based story, as we see a girl go on a date with a guy she meets online – only for schlocky gore to unfold.

St. Patrick’s Day, though, has more than the luck of the Irish about it, leaping from the annual Guinness fest to unnerving heights of tension, with a teacher who finds herself pregnant with… something, courtesy of a sinister pupil. What could be a retread of Rosemary’s Baby instead erupts into a tour de force of visual effects and make-up, as director Gary Shore heads right back to the original St. Patrick myth with a neat twist. (Grabbers’ brilliant Ruth Bradley, meanwhile, makes sure there’s emotional depth to match.)

Nicholas McCarthy’s Easter is an equally masterful demonstration of what practical effects can do, as we follow a young girl who meets the Easter Bunny one night. Whether the frightening reality grabs you, or the fascinating parallels drawns between Jesus and the mythical bunny, you’ll never look at the chocolate eggs that appear in your kitchen overnight in the same way again.

Night-time visions crop up once again in Scott Stewart’s Christmas fable, which sees the anthology’s most recognisable name – Seth Green – channel his likeable charisma to play a dad who goes to extremes to get his son a VR headset for the holidays. Twisted visions are predictably the result, but the film’s chills come from the isolating nature of the technology, which inherently cuts us off from the world around us to see something nobody else can. The only flaw is that it never feels like we get the full story; to say this is worthy of Charlie Brooker’s Black Mirror is as much praise as it is an indicator than another 30 minutes exploring these ideas would be very welcome – and probably very disturbing.

The two strongest, though, are (fittingly) Father’s Day and Mother’s Day. Father’s Day, directed by Anthony Scott Burns, takes us on a mysterious journey into the past, as we follow a daughter given instructions via cassette tape to reunite with her estranged dad. Burns’ visuals and the use of locations is hugely eerie, but it’s the simply use of the unseen father’s whispered voice-over that really gets your skin crawling. Sarah Adina Smith’s Mother’s Day is a colourful counterpart, not least because it drags the otherwise nocturnal series into the daylight for a sensitive (and strange) exploration of pregnancy, infertility and witchcraft, as one woman’s curse is seen as a warped blessing by a wider, pained community.

Overall, this occasionally uneven tapestry makes for an enjoyable varied experience, while the tight link between each outing (compared to, for example, V/H/S) makes for a thoughtful, as well as freaky, watch. Individually, the parts can be inconsistent, but together, they highlight a recurring theme between each filmmaker – not just holidays, but families. Whether intentional or not, the result is a revealing meditation on parenthood at times when people ritually gather together with relatives and loved ones. The undemanding nature of cinematic compendiums mean that you can choose to pick apart those layers farther or not. Either way, with such promising talent on display, this entertaining bundle can be enjoyed any time of year. Who knows? It might just become your new seasonal tradition.

Holidays is available on Netflix UK, as part of an £9.99 monthly subscription – and available to buy and rent on We Are Colony, including an exclusive bundle of special features

Where can I buy or rent Holidays online in the UK? 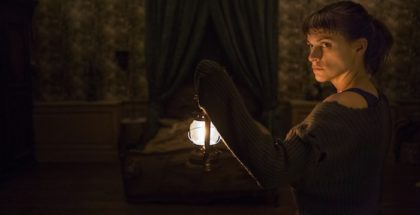 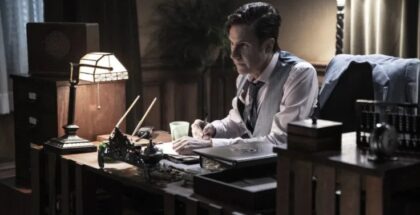 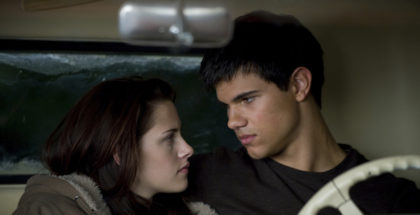