VOD film review: Heli | Where to watch online in UK | How to stream legally | When it is available on digital | VODzilla.co

Heli was released day and date in UK cinemas towards the end of last month. It’s taken us a long time to review because, well, it’s a difficult film – not just to write about, but to watch.

Amat Escalante’s movie introduces us to Heli, a young boy who is drawn into Mexico’s underbelly. We first meet him during a census, a sequence that smacks of exposition but also of a harsher truth – that his life can easily be invaded by someone turning up on his doorstep. The next time the bell rings, it’s a team of armed men, who unexpectedly force their way into the house.

Why? The answer lies with Heli’s sister, Estela, (Vergara) who gets involved with Beto (Palacios), a fresh-faced army recruit. She’s too young for him and he’s not man enough for a relationship; a dynamic that the movie milks for maximum awkwardness.

One day, though, Beto steals a batch of drugs from a raid, putting Heli and his family in danger.

A brutal kidnapping and execution later and Heli is faced with losing everything, but he refuses to cooperate with police investigations for fear of incriminating his father. Who wants the drugs? The cops? A criminal gang? The questions from both sides climaxes in a near-unbearable sequence halfway through, which sees someone tortured to horrific, graphic extremes.

Escalante won the Best Director award at Cannes last year and it’s easy to see why. He shoots everything with long, slow takes full of frank patience – and the interrogation is no exception, giving the scene a prickling realism that genuinely shocks.

The unsettling impact, though, comes from Heli’s sense of uncertainty and distrust; in modern day Mexico, crime has gotten to the point where everyone is involved, regardless of who or what they are. Even innocent wives are not immune from its brutal effects, or amorous detectives free from its corruptive influence.

Escalante gives everything a painful believability by using non-trained actors, who commit to their roles without any air of pretence. When Beto tries to impress Estela early on by lifting her up and down in his arms, the forced display of adolescent strength is at once embarrassingly honest and surprisingly endearing.

Armando Espitia as Heli, meanwhile, is good as the young boy on the edge of society, although his journey is harder to care about. Is it because Escalante focuses so much on the shock factor of the controversial beatings at the centre of the film, which have become its biggest talking point? Or is it that the scene is so distracting that we find it hard to engage with anything else afterwards?

It is telling, perhaps, that when Heli turns to violence himself to try and find redemption, the implication that even freedom requires conforming to cruelty sticks with you longer than any torture sequence. Either way, this is undeniably accomplished stuff, but far from easy to process. It may be weeks until you reconcile Heli in your head. One thing is certain, though: it will still be rattling around there, unexpectedly ringing your brain’s bell and barging its way in.

VOD TV recap: Game of Thrones Season 4 Episode 8 (The Mountain and the Viper) 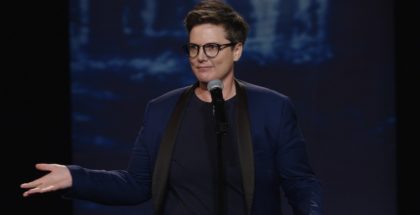