Jeffrey Dean Morgan doesn’t always have the best of luck when it come to choosing projects. The actor, who impressed in Watchmen and is excellent in Jonas Cuaron’s Desierto, has bagged roles in The Walking Dead and The Good Wife – but has also found himself wasted in The Salvation and Extant. Heist, a film that co-stars Robert De Niro, belongs in the latter pile.

The action thriller sees Morgan play Vaughn, the latest in a long line of on-screen fathers who desperately need to raise money for their sick daughters. What ails her? We don’t really know. What we do know is that he has to get thousands of dollars to the hospital by 7pm. Luckily for him, they apparently accept large piles of cash – so he plans to knock off the casino where he works.

The problem? It’s owned by Frank “The Pope” Pope (De Niro) and he’s not a nice guy. We know that because he explicitly tells us this in the opening prologue, before torturing some would-be thieves. Heist is that kind of film; it spells everything out for its audience, leaving little room for subtlety or smarts. It’s a pleasant surprise, then, that just as you expect the robbery to be the major set piece – planned out in salt on a coffee table – the plot switches gear with a post-heist bus hijacking.

What follows is a pale imitation of Speed, from Gina Carano’s no-nonsense cop and Dave Bautista’s gruff sidekick to a bus-load of stock character types. While the rest of the cast are stuck with cardboard cut-out roles, Morgan brings his usual charisma on board, helping to elevate the by-the-numbers action sequences – with the support of the score from James Edward Barker and Tim Despic, who compose a nifty arrangement of The Wheels on the Bus. But as Scott Mann shoots events at an enjoyable pace, the script starts throwing up all kinds of contrived obstacles to keep the engine running. From petrol shortages to a laboured heart-to-heart between The Pope and his own child, it reaches the point where an intelligent final act feels less like a clever curve in the road and more like a sign-posted U-turn. All the while, De Niro does just enough to earn his presumably hefty paycheck, but Morgan is the one who deserves the big bucks – and some better roles to go with them. 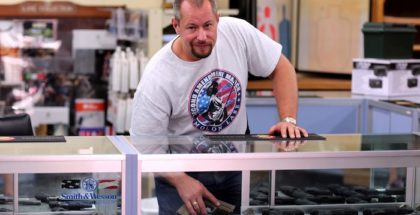 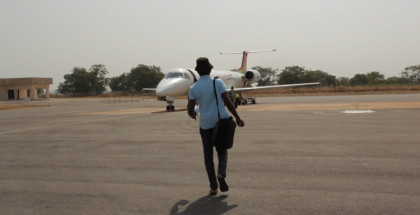