An unnecessary framing device doesn't get in the way of this compelling documentary about fashion, fame and finance.

“The following film is a documentary,” begins Halston. “However, the narrator is a fictional character.” It’s a knowingly tricky, playfully complex introduction to a factual film – and it also, unfortunately, has little to do with the rest of it.

Halston is a documentary about the man of the same name – a figure in fashion so influential and iconic during the 1970s that he joined that elusive club of famous people who only need one name, like Madonna, Prince and The Pope. It wasn’t bad going for an Iowa boy, who rose to major fame after he headed to New York. There, he revolutionised women’s clothes, with single-fabric dresses, hot pants and Ultrasuede. He was at the forefront of the industry, not just stylistically but commercially: he dressed his friends, including Liza Minnelli, he provided uniforms for Girl Scouts, and Olympic athletes, and he even signed a deal with J.C. Penney, a move that paved the way for the kind of designer mainstream lines that are commonplace in shops today.

But Halston’s stratospheric rise was to meet a catastrophic fall, as he found himself losing the rights to his brand name, then struggled to survive a company takeover. It’s a fascinating insight into the cutthroat world of business and finance, as Halston’s extravagant spending (he would send out a private jet to fetch dinner) was capped and questioned by his new parent company. At the same time, Halston crossed paths with Studio 54, and found himself in a whirlwind of drug addiction and workaholism – a combination that swiftly put pay to his reputation and authority, both professionally and personally.

Tcheng’s well researched film is at its best when simply following these events through chronologically, blow by blow. It’s a shame, then, that the documentary gets distracted by its own framing device that muddies the waters, introducing us to a fictional character (fashion writer Tavi Gevinson) who is hunting through archives on a quest to solve the enigma of Halston. The biggest mystery is why the movie would try to make things more complicated than necessary; there’s a compelling story in here that weaves private tragedy and corporate politics with no embellishment required.

Halston is available to watch online on Amazon Prime Video as part of a Prime membership or a £5.99 monthly subscription.

Where can I buy or rent Halston online in the UK? 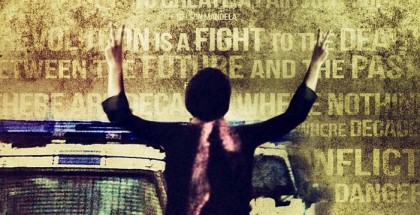 Triailer: Bob Weir documentary to premiere on Netflix in May... April 11, 2015 | Staff Reporter