VOD film review: Gunpowder Milkshake | Where to watch online in UK | How to stream legally | When it is available on digital | VODzilla.co 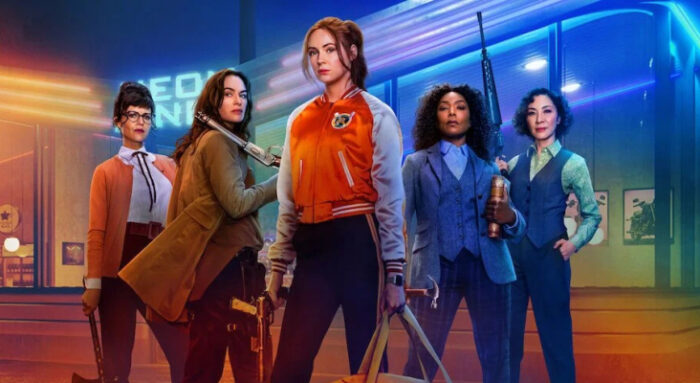 Karen Gillan shines in this female-led actioner that serves up style over substance.

“They’re not gonna push around any more. This ends now.” That’s the sound of Gunpowder Milkshake taking aim at the patriarchy with a brutal relish. It’s certainly assembled an impressive cast of women to do it, with Karen Gillan joined on screen by Lena Headey, Michelle Yeoh and Carla Gugino. It’s just a shame that they’re not on screen together for very long – and, when they are, they don’t get much more to do than wield weapons with attitude.

Gillan plays Sam, an assassin who’s been working for the Firm ever since she was a girl – and her mum, Scarlet (Headey), who followed the same profession, walked away from both her and the job. After a flashback to that separation, we join Sam as she’s been dispatching targets for a long time for her handler, Nathan (Paul Giamatti). But when she ends up killing the son of a crime bigwig (Ralph Ineson), Nathan ends up cutting her loose to make things even, and Sam finds herself on the back foot trying to stay alive – all the while trying to protect Emily (Chloe Coleman), the young daughter Sam’s recently turned into an orphan.

That sets the stage for an ensemble of interesting dynamics with potential, but the script never really builds on that to create any sense of emotional depth. Would the weight of that expectation be put upon a male-driven action flick? Possibly not, but the shallow thrills on offer are disappointing given the potential on display.

Indeed, it’s telling that the word used most often to describe Gunpowder Milkshake is “Tarantinoesque”, because of its hyper-violent tone, when The Old Guard and The Villainess have all blazed a trail for hard-hitting female-led action more recently than Kill Bill, while the colour-popping aesthetic is closer to Cathy Yan’s Birds of Prey. Birds of Prey, however, gave its group of characters more chance for connection.

Equally revealing is that this is a film best described in terms of other films, as director Navot Pupushado (who co-wrote the script with Ehud Lavski) serves up a cocktail of cinematic pastiche with a knowing wink – right down the Morricone-tinged soundtrack. Perhaps the most apparent touchstone is John Wick, because of the way the film conjures up its own background mythology, including a retro diner with killer clientele and an armoury known as the Library that serves up ammo inside the covers of classic literature – run by Florence (Yeoh), Madeleine (Gugino) and Anna May (Bassett).

One key line between Florence and Madeleine is whispered so that we never hear it and, rather than add a layer of mystery, it leaves everything frustratingly superficial. But if you can take the film on that surface level, Pupushado (who helmed the provocative Big Bad Wolves) serves up some stylish, slick action, including, best of all, a corridor showdown that takes place just after Sam’s arms have been drugged so she can only flail her way through proceedings. While there isn’t quite the character-driven punch behind each set piece that gave John Wick its heft, Karen Gillan’s natural comic timing shines through, and it’s a delight to see her given a leading role like this, even if that focus means the other cast members don’t get much of a look in. The result occasionally rings hollow, but if this Gunpowder Milkshake could do with some thicker substance, the sugary confection still goes down smoothly.

Gunpowder Milkshake is available on Sky Cinema. Don’t have Sky? You can also stream it on NOW, as part of an £11.99 NOW Cinema Membership subscription. For the latest Sky TV packages and prices, click the button below. 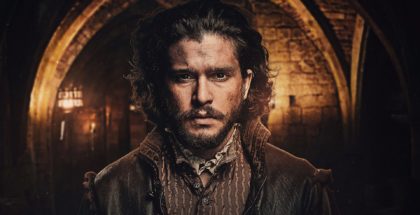