VOD film review: Get Out | Where to watch online in UK | How to stream legally | When it is available on digital | VODzilla.co

VOD film review: Get Out 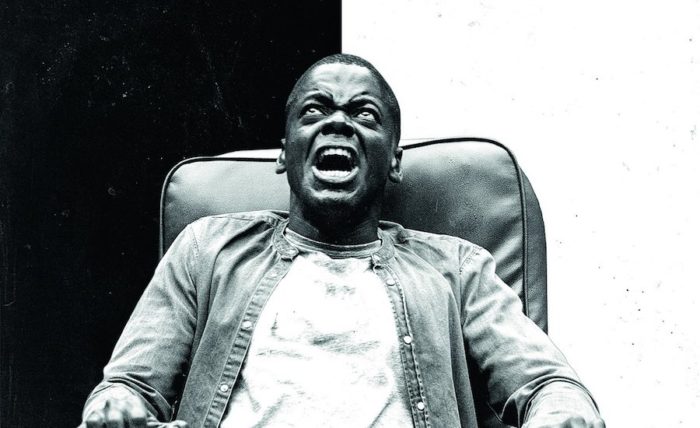 A scathingly sharp horror that doesn't need monsters to be horrifying.

“I told you not to go in that house.” Those are the words of Rod Williams (Lil Rel Howery), best friend of Chris (Daniel Kaluuya), upon hearing that his trip to meet his girlfriend’s parents has gone awry. Why? Because Chris is black and his girlfriend, Rose (Allison Williams), is white. In 2017, you might not think that would be a problem, but Get Out is a biting commentary on racism in modern society, one that delivers its point with a whip-smart blend of thrilling horror and dark humour.

The fact that the ostensible comic relief emerges as the only character talking sense is no coincidence. Written and directed by Jordan Peele (of Key and Peele), this is a masterpiece of reversals and subversions – there’s a wicked wit in the way it skewers genre tropes to serious effect. That’s what so many of the best horrors do, use conventions to frame social commentary, from Romero all the way through to Roman Polanski. Get Out might not be doing anything new, in that sense, but what it’s doing is both expertly executed and urgently relevant.

The film flags up its intentions early on, as Chris and Rose are pulled over by a policeman. Anticipating unfair treatment, Rose steps in and stops the officer in his tracks – a smart, unexpected resolution to a situation that is all too familiar. It says a lot that the ensuing surprise, relief and humour is felt by everyone in the audience (it’s played with once again near the movie’s climax to even bigger laughs); for all its genre trappings and psychological tension, this is a story rooted in identifying behaviour that we can all recognise to be true, regardless of our background, upbringing or nationality.

That keen sense of observation has been honed over years of crafting sketches with Keegan-Michael Key (Get Out’s finale tellingly feels like a long-awaited punchline) and it’s evident from the off, as Chris arrives at Rose’s family home and is greeted by her smiling parents (Catherine Keener and Bradley Whitford). Their over-friendly welcome is pitched just slightly too friendly, simultaneously starting to build up suspense, while also highlighting the problems of liberal complacency towards racism. “I would’ve voted for Obama for a third time,” enthuses the unrecognisable Whitford with a smug grin.

That awkwardness lingers for the first half of the film, as the rest of the Armitage clan descend upon the country estate. Chris is not the only Black man there, but there’s something off about everyone he meets, from Rose’s eccentric relatives to the mute gardener. Whether it’s Whitford’s dad changing the way he speaks or the hipster, golf-loving boyfriend with an out-of-place hat on a middle-aged woman’s arm, that uneasy atmosphere is fuelled by a simple, inspired inversion: a white person acting like a black person and a black person acting like a white person. It’s a switch that’s almost imperceptible, but so precisely realised that it subtly sets you on edge.

That concept is logically expanded upon, as the script sinks deeper into more explicit forms of racism. Along the way, Peele manages to refer to controversial topics such as eugenics and the taboo surrounding mixed relationships within Republican America, but it’s all couched in a suffocating niceness – a niceness that’s so extreme it only swings back round into stereotypes and prejudice, whether it’s people admiring (to the point of coveting) Chris’ physical abilities or Keener’s creepy hypnotherapist attempting to assert some control over his smoking habit.

Underlying it all is a deft upsetting of the usual horror movie expectations, from a white woman in danger in an urban environment to the token black character dying first; flip Get Out on its head and you’d end up with a deeply troubling premise that would be under fire from every media outlet in the country.

Peele’s direction is remarkably assured for a feature first-timer, but his pitch-perfect riff on appropriation and identity in modern society wouldn’t work at all without his two lead performers. Allison Williams is clearly enjoying herself as the prim and proper partner repeatedly insisting to Chris that nothing is wrong, while Daniel Kaluuya seizes the central spotlight with a charisma that makes sure we feel his discomfort in each escalating situation. After years of small roles in The Fades, Psychoville and Black Mirror, Kaluuya has gradually stolen scenes in Welcome to the Punch and Sicario with his total lack of artifice (as Garth Marenghi would say, he doesn’t put on an act; he puts on the truth). Here, he bursts onto the big screen as a bona fide movie star, and part of Get Out’s pleasure lies in seeing both him and Peele jump to the top of your watch-what-they-do-next list.

That pleasure, though, is a long time coming, as the film waits to deliver its satisfying conclusion to an increasingly fraught scenario. Watch Get Out with a group of people and you’ll get a wonderful demonstration of how it works: each interaction is so accurately observed that some will laugh at the satire of wealthy liberals, while others will wince with embarrassment. By the closing third, though, everyone is united in rooting for Chris, as he tries to make his way out of this troubling house. You’ll laugh, you’ll shiver, you’ll cheer at the most inspired (and symbolic) use of a deer head ever seen on screen. Before the end credits have rolled, you’ll be dying to go back in and experience it all over again. 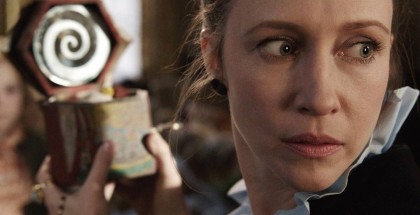