It looks like it wants to eat your brain - but really this undead take on Romeo and Juliet just wants a cuddle.

Looking like another tragic tale of the undead for the Twilight generation, Warm Bodies’ take on Romeo & Juliet proves that with some style and some self-awareness, even the most overused trends can be fresh and enjoyable.

Nicholas Hoult stars as R, a self-aware zombie who spends his time gurgling at his friend (the only other zombie who gurgles back), limping around and, occasionally, bumping into things. Upon killing the boyfriend of Julie (Palmer) and eating his brain, he develops an instant will to save her – despite her being a zombie killer and the daughter of the zombie killing general (an unforgiving John Malkovich).

While moments of the set-up are expositional and needling, none are the one-use convenience tactics often used by the genre; here, the undead are a middle ground between humans and ‘bonies’ (fully-fledged skeletal beings). With some control over their hunger, the ‘corpses’, as they are known, wander in packs trying not to get shot in the head. But R feels outcast. He knows he is a corpse and he wants more out of life (or, more accurately, death).

Nick Hoult spends almost the entire time grunting words to convey ideas that Shakespeare invented words for. Not that Warm Bodies tops Shakespeare, mind. Hoult fares well, as does his best zombie pal, Rob Corddry – dictating most of the impressively self-aware comedy throughout the film, Rob is given some of the best, and most sweary, lines. Beyond the two brain-hungry amigos, though, the performances seem a little dulled and Malkovich falls flat as the unreasonable, one-note military leader.

But the self-awareness of the script turns what could appear to be (and could well have been) an unoriginal, emo mess into a witty and interesting couple of hours. The plot stretches towards the end (primarily due to the predictability of some secondary characters), but the preceding 90 minutes stands up to any “the best… since Shaun of the Dead” claims. A few sharp lines and some suitably slapstick comedy puts Warm Bodies way above expectations. With its nods to the Bard and a well-used modern soundtrack, the teen comedy appears to want to eat your brains but really just wants a cuddle – even if it does groan and dribble on your shoulder slightly.

Warm Bodies is available on Netflix UK, as part of an £8.99 monthly subscription.

Where can I buy or rent Warm Bodies online in the UK? 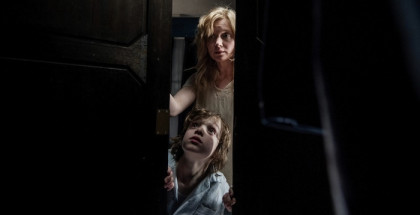