VOD film review: Free Solo | Where to watch online in UK | How to stream legally | When it is available on digital | VODzilla.co

This dizzying climbing documentary is a nerve-wracking, gripping feat of filmmaking.

“A romantic relationship inevitably takes away the armour, and he needs to be focused.” That’s the most revealing moment in Free Solo, a film full of jaw-dropping reveals of cliff edges, towering plummets and cavernous opportunities for death. These are navigated, routinely and calmly, by Alex Honnold, a climber who is determined to scale the rocky mass that is El Capitan – and less determined to put that same resolve and commitment into his relationship.

Honnold is the subject of Free Solo, and he dominates the Oscar-winning documentary with a conviction and focus that’s dizzying even when he’s got two feet on the ground. Free soloing, we soon learn, is the act of climbing without a rope, all on one’s own, the only support to-hand coming from a tiny bag of chalk. While this partcular Free Solo-er has mounted many a landmass, though, the one that has eluded him is the 3,200-foot colossus in Yosemite National Park. Because in this world of near-certain demise, there’s always a bigger mountain to climb. Tom Cruise in Mission: Impossible II has got nothing on this.

Directors Jimmy Chin and Elizabeth Chai are friends of Alex, and that relationship is the key to the film’s success, giving them an awe-inspiring amount of access to every part of Honnold’s quest. That most notably comes in his actual climbing sequences, as they and a team of climbing photographers (who, frankly, all deserve their own Oscar each) capture his ascent at a vertigo-inducing scale. Backdrops teeter away, cameras zoom in and every hand movement becomes a dramatic twist in the plot. It’s a masterclass in tension building: at one point, they pull back from their subject, a drone camera suddenly racing up the mountain to show us exactly how insignificant this tiny human blip is against such a large natural object. Then, seamlessly, we’re back in again to see him make progress higher up.

Honnold hangs on for dear life with an unwavering grip that would put Theresa May to shame. What makes his climbing more unbearable to watch is that Chin and Chai are open about their friendship with Alex – and their fear that the might fail or fall, or, even worse, do so because their cameras have put him off. By the time we’re watching him do the climb in question, it’s genuinely nail-biting cinema that has to be seen to be believed – particularly if you’ve ever wanted to know what it’s like not to breathe for 20 minutes.

And yet, the most interesting material occurs away from the rock face, as we also watch Alex slip into a relationship with life coach Sanni McCandless. The theory, though, posed by Chin, is that such an emotional connection will only distract Honnold – and it’s something that Sanni addresses head on, asking him why he does this when he could not risk losing her (and her losing him). Alex, tellingly, doesn’t really have an answer, although we briefly get an account of how his amygdala seems to work differently to others, making him an extreme thrill seeker with a higher fear threshold. What he’s scared of, though, seems to be the relationship itself, and what begins as a rush of adrenaline fuelled by a funny, determined man soon evolves into an intriguing study of masculine ambition and self-isolation.

Is it a need to attain perfection? A desire to leave one’s legacy in the world? A chronic case of being self-centred? Free Solo leaves the answer to these questions blowing in the wind – and, while that can be somewhat frustrating, as we witness Alex declare his love for his partner, it’s also oddly apt that like the quixotic object of El Capitan at the start of the film, full understanding of Honnold should remain tantalisingly out of reach. No matter what level of personal insight we do or don’t get, it’s impossible not to be emotionally invested in this nerve-wracking, gripping feat of filmmaking. 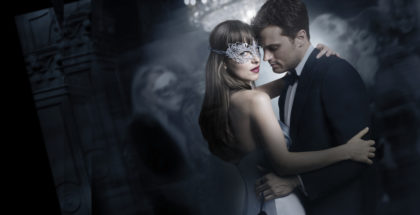 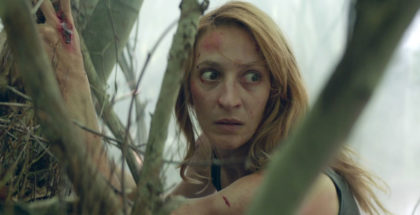