VOD film review: Edge of Tomorrow | Where to watch online in UK | How to stream legally | VODzilla.co

This underrated sci-fi is a rip-roaring blockbuster that's definitely worth repeating.

We start the day with Tom Cruise as military media guru Cage, who flies into London to be briefed on humanity’s last big push against an alien invasion – only to be informed that he’s going to fight on the beaches with the grunts. He wakes up to a brutal induction from a mean sergeant. “What day is it?” asks Cage. “For you”, comes the reply. “Judgement day.”

An explosive trip to the beach later and he finds himself covered in alien blood, which gives him the ability to relive the same day over and over. He wakes up. “What day is it?” asks Cage. “For you”, comes the reply. “Judgement day.”

Tom does bewildered well: ever since the first Mission: Impossible, he’s perfected the man-on-the-run look and his star charisma hasn’t faded one bit. Even as a cowardly PR guy, he’s strangely likeable. His expression gradually shifts, though, from confusion to confidence, as he learns to take advantage of his gift and use it as a weapon.

It’s a secret Emily Blunt’s hardened veteran, Rita, learned in a previous battle, but the same is true of everyone behind the camera. And that’s what makes Edge of Tomorrow so special: its keen understanding of the power of repetition. Christopher McQuarrie, Jez Butterworth and John-Henry Butterworth’s script has an ear for returning words and phrases, and director Doug Liman shoots with an eye for visual echoes. All the while, James Herbert – editor on most of Guy Ritchie’s films – and Laura Jennings – VFX editor on Skyfall and Children of Men – cut the footage together with pinpoint precision.

The movie replays Cage’s day over 22 times, trimming things down to a ruthlessly streamlined 113 minutes. Shorthand is the aim of the game: Scenes become conversations. Conversations become single statements. Statements become looks. The whole thing is a masterclass in montage, skipping frames only to fill the gaps with progression.

“You do talk to me in the end,” Cage informs Rita during one intimate car journey. “You tell me your middle name.” We never see that discussion, but we don’t need to: we can already see its impact on the characters’ faces.

Earlier on, Cage pushes Rita out of the way of a monster, aware that if he doesn’t, she will die. That kind of knowledge lends their moments a subtle tenderness, a pathos that’s built up through what the film doesn’t show, rather than what it does. At the same time, Cage’s ability to die seemingly ad infinitum is a source of brilliant humour, as Blunt’s blunt warrior dispatches him mercilessly during – yes – a training sequence. “Wait, I think I’m ok,” he claims desperately, as she picks up her gun once more. The whip-smart editing and direction means that both the comedy and drama have the same, crucial thing in common: they are both fuelled by action. That relentless pacing makes the whole thing hugely enjoyable: a sci-fi that barrels along with brains and braun to spare.

Repetition can be a powerful thing. If Edge of Tomorrow does nothing else, it proves that with thrilling success. But it’s to the movie’s credit that it does much more. It gives two of Hollywood’s best the chance to spar on even footing. It allows the production design team to come up with creepy creatures. And it shoots Tom Cruise in the face at least five times. Lean, lively and lots of fun, this is a rip-roaring blockbuster that’s definitely worth repeating.

Edge of Tomorrow is available to watch online on Amazon Prime Video as part of a Prime membership or a £5.99 monthly subscription.

Where can I buy or rent Edge of Tomorrow online in the UK? 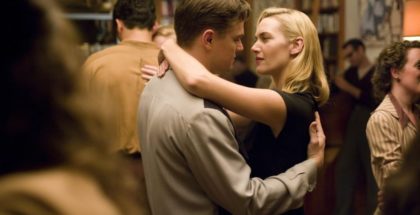 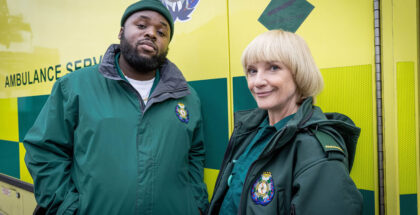 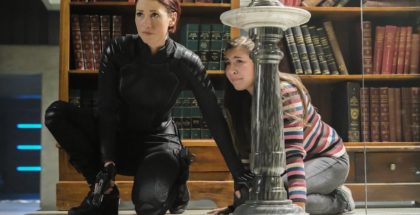 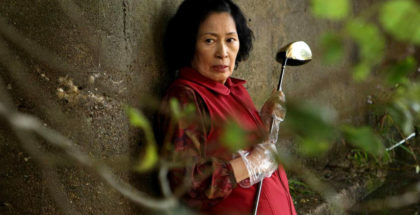