VOD film review: Dom Hemingway | Where to watch online in UK | How to stream legally | When it is available on digital | VODzilla.co

This uneven character study has entertainment moments but results in very little.

Jude Law, that former bastion of male sexuality, once so lauded that he essentially played the physically perfect male in Spielberg’s A.I., is getting older. His ever-receding hairline is doing so at an increasing rate, his face is getting craggy and, as a result, we don’t see him as much as we used to. In a mode of self-realisation, which is fairly unique for an actor who had the stature he once did, he seems to have realised that he can make a name for himself as more of a character actor. And there is none more “character” than Dom Hemingway.

Seemingly birthed from the mind of a Daily Star reader who has recently read a thesaurus, the film starts as it means to go on with Law looking at the screen and paying loving homage to his Little Law. There are several of these moments in the film and they are both impressive, in terms of the sheer guts Law brings to them, but also rather cloying, painting a picture of a man who makes you laugh but also irritates the living hell out of you.

This isn’t the fault of Law himself. Although his character isn’t much of a success, he certainly gives it his all. With the body language, mannerisms and line delivery of a man who has an ego the size of a continent, he embodies this cartoon and makes him flesh. That the writing gives him only the most cursory of arcs and that he is surrounded by a great many supporting cast members, none of whom make an impression, is a real shame.

A particular lowlight in this area is Richard E. Grant, who is saddled here with a generic best friend role in which he is essentially called upon to smile and laugh at Dom’s consistent shows of “the big I am”. There’s nothing for Emilia Clarke to do as Hemingway’s estranged daughter either; she is given only a few scenes in the back half of the film to make an impression and doesn’t really do it. Again, none of this is the fault of the cast; it’s a mystery why they were drawn to Richard Shepherd’s screenplay.

The film has a sloppy, episodic narrative, which chucks balls in the air and doesn’t catch any of them. At the helm, Shepherd does show directorial flair, which (on a purely visual level) makes the film fun to watch. He also knows to give Law space to breathe, which results in some pleasingly spicy pieces of meaty dialogue. Ultimately, though, this is a movie that doesn’t know what it wants to do: give us a character study of a man who just can’t get his crap together or indulge in his wanton self-destruction?

Dom Hemingway is available to watch online on Amazon Prime Video as part of a Prime membership or a £5.99 monthly subscription.

Where can I buy or rent Dom Hemingway online in the UK?

VOD film review: The Hobbit: The Desolation of Smaug 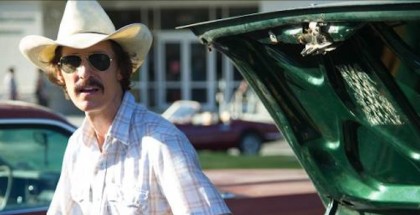