VOD film review: Cockneys vs Zombies | VODzilla.co | Where to watch online in UK | How to stream

Cockneys vs Zombies gives you more than enough Roy Hudd for your Bread and Honey. Well worth a Paul McKenna.

Prick up your donkeys, me old china plate, cos the brown bread are coming back to porridge knife – and they’re headed straight to Hackney. We ain’t taking the gypsy’s. It’s all Babe Ruth. But even Queens Park Ranger than that? This high-concept, low-brained pile of Albert Halls is proper Easter Bunny. You heard right: Cockneys vs Zombies? It’s well Robin Hood.

(No, we have no idea what we’re writing either.)

Terry (Hardiker) and his brother, Andy (Treadaway), are robbing the J Arthur Rank. With them are simple-minded Davey Tuppence (Jack Doolan) and violent Mental Mickey (Ashley “Bashy” Thomas) – who, as his namesake suggests, is completely Dot Cotton in the head. Why should we give a damn? Because these robbers are actually chicken and rice. It turns out they’re only half-inching to pay for their pot and pan’s pot and pan. He’s locked up in an old folks’ home and the council’s going to knock it to the penny-a-pound.

The undead going up against a load of Shawshank Redemptioners? That’s what makes Cockneys vs Zombies work – it’s not just the young Eastenders who get to leather boot them in the Uncle Ned. All of the gang have a go, from Albert Square’s ass-kicking Michelle Ryan (lemon tart casting if ever we saw it) to Lock Stock’s Alan Ford and Goldfinger’s Honor Blackman.

The resulting Barney Rubble gives director Matthias Hoene a lot of opportunity for witty moments. Red top buses, kitchen hatches – the locations all play a role, giving scope for a bucketload of Roy Hudd. There’s plenty of guts too. Of course, horror-comedy is a shamble unless it’s either Mariah Carey or Easter Bunny. But with Hoene hacking limbs off like a right bread and butter and James Moran (Severance) writing the script, you know you’re in for a belt buckle.

In fact, the whole thing is mother’s pearly gate. From the Harry and Billy opening (a graveyard in a Stratford building site) to the gun-toting, Ruud Gullit-spraying finale, there are more giraffes than Hackney City Farm. A lot of them come from Alan’s foul-mouthed Bacardi Breezer, but the dustbin lids are alright too, with Treadaway’s teenage lead hard to dislike. Some of the cast even try a bit of the old Cockney Rhyming Slang: “Trafalgar Square, fox and hare, needle and stitch, Abercrombie and Fitch, Abercrombie… zombie!” says one. Then Pussy Galore walks in holding a shotgun.

It won’t win points for down the drains, and the ending doesn’t quite Kathy Burke, but Cockneys vs Zombies is messy, fast and a lot of Blue Nun. For horror fans, it’s just the Jiminee Cricket.

Where can I buy or rent Cockneys vs Zombies online in the UK?

What’s coming soon to Sky and NOW TV in September 2016? 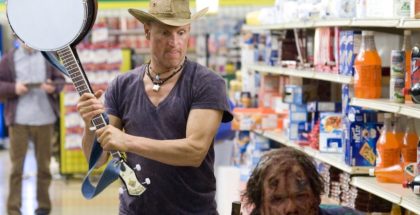 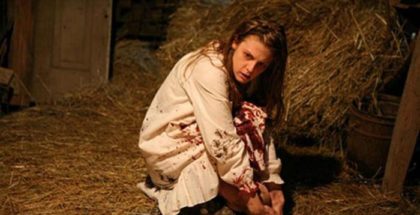 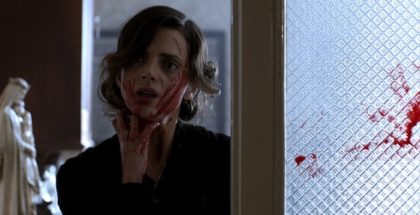 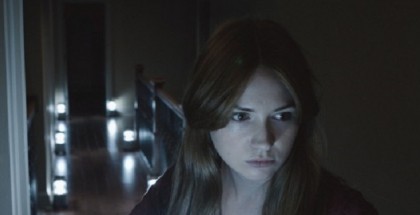