VOD film review: Burning (2018) | Where to watch online in UK | How to stream legally | When it is available on digital | VODzilla.co

Burning opens in a shabby marketplace of brand knockoffs and tacky imitations that perfectly figures the low-rent gig economy in which two of the film’s three principal characters find themselves trapped. Aspiring novelist Lee Jong-su (Yoo Ah-in) is delivering cheap goods to a shop when he runs into Shin Hae-mi (Jeon Jong-seo), an old neighbour and classmate from back when they both lived in rural Paju on the border of North Korea. Now young adults, both have been living in small rooms on the outskirts of Seoul, and taking whatever work they can get to pay the bills – although recently Jong-su has had to return to Paju to look after the family farm while his father (Choi Seung-ho), a stubborn man with inveterate anger issues and violent tendencies, faces charges of assaulting a public official.

Following Green Fish (1997), Peppermint Candy (1999), Oasis (2002), Secret Sunshine (2007) and Poetry (2010), Lee Chang-dong’s sixth feature has been adapted and expanded by Oh Jung-mi and Lee from Haruki Murakami’s short story Barn Burning (1983), and translocated from 80s Japan to a contemporary Korean setting. Despite the apparent realist mode of his filmmaking, Lee gradually undermines his narrative’s reality through carefully managed ambiguity and ideation, so that by the end of this slowest of burns, viewers are left uncertain as to what has actually been seen, and what has merely been suspected or surmised.

Hints of these equivocations come early in the film. First, shortly after their initial marketplace meeting, Hae-mi demonstrates to Jong-su how easily she can get both him and herself to believe that she is eating an invisible orange. “Don’t imagine that the orange is here,” she tells Jong-su, “but forget that the orange is not here.” It is a lesson that that has as much to do with fiction and with the suspension of disbelief – part of Jong-su’s own province as a would-be novelist, and part of the apparatus of feature filmmaking – as with her own amateur pantomime skills. Second, the pet that Hae-mi asks Jong-su to look after while she is away turns out to be akin to Schroedinger’s cat – an absent presence that, despite eating the food that Jong-su serves for it and leaving poo in its litter box, is never actually seen by Jong-su (or us) in that small apartment, leading him to question whether the cat, like the orange, is really there at all. (“Do I just need to forget that a cat doesn’t exist?”, he asks Hae-mi.)

Jong-su’s confusions and doubts will soon extend to his grip on his present relationship with Hae-mi, on anecdotes she tells about their supposed shared past, and on what has happened to her after she apparently vanishes. Meanwhile, Ben circles, his strange, parable-like stories of sociopathic arson hinting at a sinister subtext – and so, ever so gradually, Lee’s erotic drama transforms into a slippery thriller. “What’s a metaphor?” Hae-mi asks at one point, to which Ben replies, deferring to the writer among them: “You can ask Jong-su about metaphors.” Burning is full of metaphors, as Jong-su’s ‘great hunger’ for meaning, and for an explanatory frame to resolve the ‘enigma’ of the world around him, leads to a reality diffracted into layers of distortion and delusion.

From the start, Hae-mi has expressed her desire to “disappear like I never existed” – but when she does just that, it becomes unclear whether Jong-su is solving or inventing a crime, whether he is taking real action or just imaginatively working through the fiction on which he is working, and whether he is a dogged sleuth or one of the ‘madmen’ that his father’s lawyer insists are always “the protagonists in novels”, or indeed just another impulsive chip off the old block, merely following in the footsteps – and taking up the weapons – of an angrily combustible father. Lee provides all the signs, but also confounds them, interweaving the vehicle and tenor of his own cinematic metaphors.

Burning is a film of boundaries transgressed. On the farm where Jong-su lives in lonely isolation, the adjacent Military Demarcation Line – signifier of a once unified nation’s divided state – cannot prevent the sounds of North Korean propaganda wafting over. There is a similar gulf between this rural district and the urban landscapes of Seoul between which Jong-su keeps travelling – as well as the gendered divide between the otherwise similarly marginalised status of Hae-mi and Jong-su, and the gaping socioeconomic distance between their hand-to-mouth subsistence and Ben’s pampered, privileged lifestyle wherein, as Ben himself puts it, work and play are the same thing. The ‘fun’ which the effete, Gatsby-like Ben prioritises is a luxury that Jong-su can ill afford, and yet Jong-su’s authorial imagination allows him to transcend these borders – to commute to the city, to see the world from Hae-mi’s windowed view, to mix (however awkwardly) with Ben and his social set and, ultimately, to cross an altogether different line (of the moral variety), whether in revenge, in madness or just in his head.

In any case, the film’s climax is an elusive confrontation that will leave your own imagination firing, as you are left not just to connect the dots but to wonder whether the dots – like the orange, or the cat – are even there. As a portrait of contradictions in contemporary Korea, it is contradictory itself, and deliriously difficult to read – but if you are prepared to embrace its riddling evasions, it certainly rewards the effort, and further consolidates Lee’s reputation as one of the finest and subtlest directors to be chronicling contemporary Korean mores.

Burning is available on Sky Cinema. Don’t have Sky? You can also stream it on NOW, as part of an £11.99 NOW Cinema Membership subscription. For the latest Sky TV packages and prices, click the button below.

Where can I buy or rent Burning online in the UK? 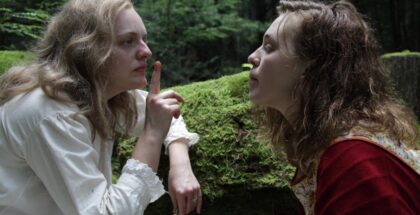 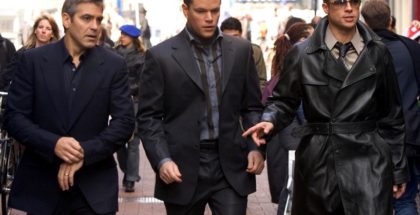