Kubrick never makes the same film twice, here moving from sci-fi epic 2001: a Space Odyssey (1968) and near-future dystopia of A Clockwork Orange (1971) to the 18th Century Ireland for his 1975 tale of the titular Irish rogue. While the two films preceding it regularly appear in the Top 10 of the Best Films of All Time, Barry Lyndon is dismissed by most as a flawed masterpiece – an assessment with which we must concur.

Based in the 1844 novel The Luck of Barry Lyndon by William Makepeace Thackeray, it follows Barry as he travels from his native Ireland to join the British army fighting in the Seven Years War and, via an auspicious marriage to a rich widow, rises through the ranks of the aristocracy.

This being Kubrick, there’s much to admire – its cinematography justifiably won one of the film’s four Oscars – and Kubrick famously borrowed lenses from NASA in order to capture scenes lit only with candles, giving rise to the risible conspiracy theory that Kubrick filmed the ‘faked’ Moon Landings, er, six years before.

When not in gloriously lit interiors, the film luxuriates in the landscapes of England, Ireland and Germany, and there are some spectacular battle scenes that, though shot and musket rather than sword and sandals, bring to mind his masterful work on Spartacus (1960). But it’s the pacing that will prove an obstacle to most viewers: glacial in the extreme, with neither the awe of 2001 or the palpable dread of The Shining (1980) to reward our patience. Lacking any emotional engagement and engendering little feeling in the viewer, the movie comes across as bloated and portentous. In short: Barry Lyndon is beautiful but – whisper it – pretty damn boring. Nonetheless, it’s worthy of your time for many reasons, although it’s unlikely you’ll be rushing back for a second viewing.

Barry Lyndon is available on BBC iPlayer until 28th May 2019.

Why Jed Mercurio’s Bodies should be your next box set 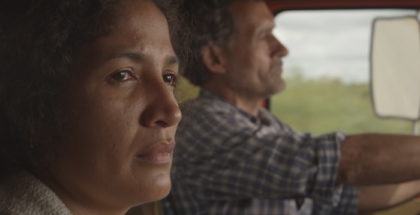