VOD film review: A Touch of Sin | Where to watch online in UK | How to stream legally | When it is available on digital | VODzilla.co

Exactly the kind of film a lauded auteur makes to tackle a big subject.

As any Hollywood executive will tell you, China is doing the business at the moment. A nation in transition with money to burn, its population seemingly wants nothing more than to sit and watch Transformers movies that have been part-filmed in Hong Kong. There is, however, another China, one that is struggling to adapt to capitalism and creating many embittered have-nots for every successful entrepreneur… except that cinemagoers in China won’t get to see this side of the nation represented in their local multiplex.

Jia Zhangke’s A Touch Of Sin has been barred a release in the director’s home country – understandable from the authorities’ viewpoint, but depressing for everyone else, because this is a timely look at the collateral damage that progress has wrought. Jia gathers four stories, each a pessimistic fable of poverty and violence, and uses them to make sweeping pronouncements on economic corruption, exploitation and misery. While Jia was inspired by true events, and captures this bustling, uncontrollable expansion in the sleek sheen of Yu Lik-wai’s vivid, mobile cinematography, there’s also a timeless quality to the presentation, an atavistic clash of modernity and medievalism.

As for the sin… only a touch? There’s far more than that. This is a world where a guy asks for a receipt and gets beaten up as “proof of purchase”. Accordingly, Jia’s disparate protagonists all reach breaking point and lash out against the system. In the first story, a politically-minded protestor rails against the selling of a village mine that is lining the pockets of the few rather than providing for the many. In the second, a migrant worker uses the unchecked movement of people as cover for his own illegal activities. The third highlights the stark plight of women in this world, defined and confined by the desires of men. The final story, for good measure, suggests that it’s not all that different for the men, for whom employment is just another form of prostitution.

If there’s a fault, it’s that this isn’t really aimed at local audiences at all, despite flirting with mainstream genres in an attempt at crossover appeal (in a pointed aside, Jia shows a coach of travellers lapping up a gangster movie as on-board entertainment). For all the shocking violence, Jia’s approach is too cerebral and clinical, a Haneke-esque stylisation that makes it obvious that the director is courting the global art-house intelligentsia who made his name. This might be banned at home but it still premiered (and won a prize, for its screenplay) at Cannes. It’s exactly the kind of film a lauded auteur makes when he feels it’s time to tackle a BIG subject and decides that a multi-strand, thematically-linked movie will do. Yes, it’s the Chinese Babel.

Whatever the merits of each individual part, the sense of straining for importance is all-consuming and the cumulative effect is stifling. Jia constantly draws attention to the bigger picture, whether through heavy-handed symbolism (throughout, animals are mistreated, caged, exploited and – occasionally – rescued) or the fatalism of the recurring violence: an entire society stained red.

It’s a shame, because there’s no doubting Jia’s filmmaking capacity. The purity of narrative within each strand has the distilled essence and cut-and-thrust pacing of a good short story. The first, especially, has a mythic grandeur, a disturbing pay-off and a commanding performance from Wu Jiang on the knife-edge between avuncular cuddliness and shotgun-wielding insanity. Yet, after the fourth trip aboard Jia’s pessimistic merry-go-round, you’ll be exhausted by the repetition of his message. Meanwhile, the people who ought to be watching the film are still queuing to see Optimus Prime riding on a robot dinosaur. 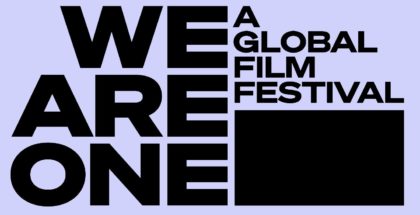