VOD film review: Peter and Wendy (ITV) | Where to watch online in UK | How to stream legally | When it is available on digital | VODzilla.co

“Peter Pan’s for kids,” says Lucy, dismissively, when the book is recommended to her as reading material ahead of an operation. Not what you expect from JM Barrie’s classic tale? That leap from the norm is the secret to the festive TV movie’s warm and fuzzy heart.

The well-known story is adapted from the page by Adrian Hodges, who also penned a small-screen take on The Go-Between earlier this year. If that suffered from sticking so closely to the page that it never really took flight, this goes in the opposite direction, soaring as far from the text as possible. Here, the action is relocated to Great Ormond Street Hospital – which has the rights to Barrie’s book – and our hero is Lucy (Hazel Doupe), about to go under the knife and feeling nervous. There are even nods to Captain Jack Sparrow and X-Men.

What follows is a clever, but charming twist on the novel, as Lucy begins to be absorbed in the fairytale – not by reading it herself, but by reading it to others. Slowly amassing an audience of fellow patients, an inspired pair of parallel worlds emerge: the kids on the ward naturally become John and Michael and the other Neverland children, while her kind surgeon holding the blade becomes Captain Hook (and his team of trainee doctors the pirates).

Stanley Tucci excels as both, embracing the dual role as a chance to flaunt his natural, American charm, as well as his over-the-top English accent – he goes from smiling and polite to pantomime villain at almost literally the drop of a hat. There’s a ruthless streak to him, we immediately discover, as we meet him on a jaunt through the forest, where he’s happily strung up a pirate for some forgotten reason – director Diarmuid Lawrence, who has previously helmed the first season of the BBC’s gory Messiah and Little Dorrit, sure knows how to bring darkness to the screen. But there’s vulnerability, comedy and a nervous tick (tock) to his crocodile-hunted outlaw; he joins Jason Isaacs and Dustin Hoffman as some of the great on-screen Hooks.

The words “Stanley Tucci as Captain Hook” are enough to get anyone’s attention. If not, Diarmuid’s direction should do the trick: he deftly combines the hospital setting and the fantasy landscapes, so that hospital beds start to blend into the fight sequences.

The concerted effort to do something different with Peter Pan, though, has its flaws: Paloma Faith is cast as Tinker Bell, swearing and pouting her way through events. If her manipulative take on Tink is a nice idea, its delivery fails to enchant; her dialogue is dubbed over by jingling bell noises, either because the editors wanted to make things seem magical or because they decided in post-production Faith’s voice was simply too annoying. Regardless of the reason, it jars horribly, only serving to emphasise that it’s Paloma Faith you’re watching, not Peter Pan’s sidekick – a crucial hole in the side of the ship that, once we get to the believing-fairies bit, almost capsizes the whole production.

The rest of the cast, though, are sound, from Zac Sutcliffe’s boy who never grew up to Bjarne Henriksen as a twinkling porter who knows what’s really going on. Laura Fraser as Lucy’s mother is a stand-out, bringing concern and fear to the tale of a mother and her daughter, as well as allowing Tucci’s charisma to shine when not wearing a wig and hook.

Together, Fraser and the superb Doupe gently foreground the importance of a caring adult to look after a child – whether that’s a parent, or a doctor in Great Ormond Street. In that setting, Neverland becomes symbolic, a sort of limbo for lost kids who are fighting to return to real life, as much as they are fighting for their lives amid surgery, drugs and anaesthetic. Barrie’s book was born out of the death of his brother, something subtly echoed in Peter resembling a friend in a photo belonging to Lucy, someone we suspect is never going to get older. Even with its flaws, ITV’s Peter and Wendy succeeds at that: a reminder of the power of the imagination to escape from the pain of reality. Yes, Peter Pan’s for kids. And that’s precisely why it and GOSH are such national treasures. 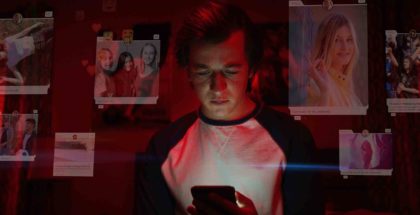