UK TV review: Worzel Gummidge: Saucy Nancy | Where to watch online in UK | How to stream legally | When it is available on digital | VODzilla.co 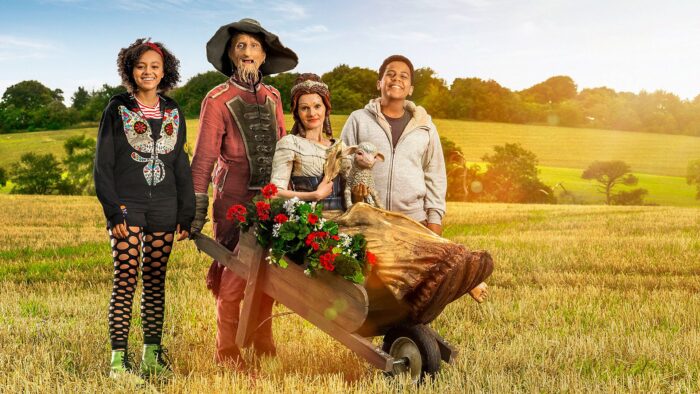 This charmingly old-fashioned family adventure is moving, uplifting and bursting with magic.

“Seafaring folk will always be drawn back the ocean,” remarks someone matter-of-factly partway through Worzel Gummidge: Saucy Nancy, in which a wooden figurehead comes to life and is pining for the coast. The fact that she’s an old friend of a walking, talking scarecrow is entirely unremarked upon. That’s what Mackenzie Crook’s adaptation of Barbara Euphan Todd’s children’s books really gets so right: it makes magic seem like an entirely normal and ordinary part of everyday life.

A year after two sublime Christmas outings for Worzel, Crook once again writes, directs and stars in this hour-long follow-up. The high bar set by the initial double-bill is easily met once more, with Crook comfortably stepping into the straw shoes of Jon Pertwee, inhabiting the role of Ten Acre Field’s famous inhabitant with an understated presence. He dons an incredible amount of make-up without it becoming a distraction, and is equally generous with his co-stars, letting India Brown’s Susan and Thierry Wickens’ John shine as the two teens trusted with the knowledge of Worzel’s real nature.

Saucy Nancy sees Susan and John come across the eponymous figurehead, and Shirley Henderson more than lives up to that title: she’s filthily mouthed (in a way that’s wholly family-friendly) and brilliantly sarcastic – just enough to balance out the sun-dappled sweetness on display. After languishing in a scrapyard, Worzel decides to get her back to the sea, and the ensuing journey is gorgeously filmed to capture the endless afternoons of summer and autumn – accompanied by a lyrical soundtrack from folk group The Unthanks.

The result is as moving as it is uplifting, able to find humour and heart in the smallest of exchanges without any shred of irony. “I’m sorry, madam,” says a bus conductor in one of the drama’s best exchanges. “I though you were…” “Not a real woman?” Nancy replies. “You seemed so still,” he exhales, as she creaks to life in a stunning display of seamless visual effects – and it seems like the most natural thing in the world.

Worzel Gummidge is available on BBC iPlayer until December 2021.

Why Fast & Furious: Spy Racers should be on your watchlist 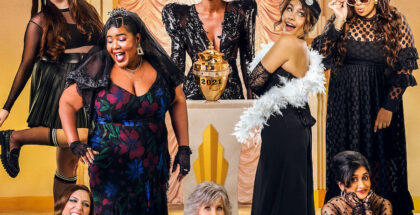 Why It’s a Wonderful Life is the greatest Christmas film of all time... December 30, 2018 | Roxy Simons