UK TV review: Wayward Pines Episode 1 (Where Paradise Is Home) | Where to watch online in UK | How to stream legally | When it is available on digital | VODzilla.co 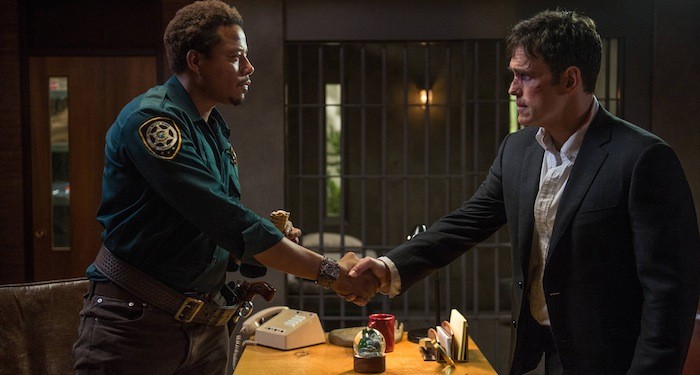 Twin Peaks fans rejoiced earlier this year, when word spread of a potential new series – and cried out in dismay when talks with David Lynch broke down. The TV world, though, has never been short of attempts to recapture that same, uncanny appeal. Wayward Pines is the latest.

The show sees Matt Dillon play secret agent Ethan Burke, who wakes up after a car crash and finds himself in a strange new place. Strange being the operative word: everyone around him is acting oddly, with no apparent reason. Even the friendly bar worker he first meets seems to says the town name as question: “Where am I?” he asks. “You’re in Wayward Pines, Idaho…?” comes the reply.

What follows is a typically brief tour of suspicious locals, each one weirder than the next. There’s Melissa Leo as the menacing Nurse Pam, Toby Jones as a seemingly nice doctor, and Terrence Howard as the local sheriff, who seems to spend more time eating ice cream than investigating crime.

Ethan’s mission is to find out what happened to two missing agents, one of whom he’s had an affair with. It’s a solid enough premise to justify his one-man quest to unearth what’s going on – and that balance between mystery and plot will prove crucial to the series’ success. Whether it’s Lost or The Leftovers, the secret to a good supernatural drama is laying enough logic for the quirkiness without ruining the mood. Getting the mix wrong can leave frustrated audiences switching off or laughing at the ludicrous twists.

The opening episode judges it impressively well, as showrunner Chad Hodge’s script – based on Blake Crouch’s novels – wastes no time in exposing some of the town’s secrets. “There are no crickets in Wayward Pines,” a piece of paper slipped to him at the bar reveals, as baffling as the person who gave it to him. Until, that is, the final moments, when we get a sudden glimpse of what could be the programme’s endgame.

After the years taken up by Lost, it’s refreshing to see a miniseries keen to flag up answers straight away without dragging things out. Director and Executive Producer M. Night Shyamalan, after all, is famous for his movie twists; rather than hold off until the end like a three-act script, the TV format means that things can be revealed (or hidden) as soon or late as they need to be.

As well as his name above the credits, the cast is the big draw: after years of largely supporting turns, it’s a treat to see Dillon take the lead on the small screen, even if he’s mostly required to look confused for 60 minutes. Howard, meanwhile, is on something of a roll, after his excellent turn in Empire (currently showing on E4).

“I’ll walk you there,” says Burke, when the subject of a dead body comes up. “Not necessary,” comes the polite reply. “I want to,” insists Dillon. Howard looks at him, bluntly: “I don’t want you to.”

Making his first move into television, Shyamalan’s visuals add to the eerie atmosphere, leaning in close to capture Howard every time he licks that Cornetto.

Perhaps afraid that people could give up, anticipating one of his cliched final twists, though, the director has already emphasised in interviews that there is a curveball coming halfway through the 10 episodes. “You’ll understand why they’re acting odd,” he promised Hitfix. “There’s a reason. There’s a grounded reason.”

Is that focus on plot enough for Wayward Pines to escape from the towering influence of Twin Peaks, where mood and people took priority over narrative coherence? It’s certainly enough to keep us tuning in for another week. TV series can take several episodes to find their feet. This introductory hour confirms that Shyamalan and Hodge can walk the familiar walk – like The Prisoner, Wayward’s residents act like they know something Ethan doesn’t – but it’s a walk that comes with a extra, reassuringly practical step, as we catch one guy clutching a walkie-talkie. This, it seems, is a series unafraid to show the walls of its prison. And that is by far the most intriguing thing of all. 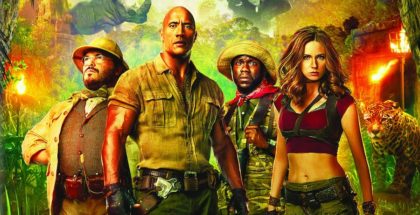