The series so far

Radical and awe-inspiring, Twin Peaks' return is making us re-assess the possibilities of television.

Warning: This contains spoilers for eighth and ninth episodes of Twin Peaks’ return. Rather than review the show as a conventional series, we’ll be following the example of the season’s premiere, diving into Twin Peaks every few episodes throughout Season 3.

So, we’re at the halfway point of David Lynch and Mark Frost’s triumphant return to Twin Peaks, and it’s all starting to make a degree of sense. Sort of.

That wasn’t immediately apparent after the broadcast of Episode 8 – the most radical and awe-inspiring hour of television in years. Yet that episode – more or less a stand-alone experimental film within the ongoing narrative – offered plenty of clues to the series’ mythology. Episode 9 picks up where Episode 7 left off, providing enough revelations to show how carefully plotted this series is shaping up to be, despite the obvious tendency to declare Twin Peaks a random assortment of weird moments.

The slow, patient route is paying off. Yes, Dale Cooper (Kyle McLachlan) is still trapped in the child-like body of Dougie Jones: our only sighting of him over the past two episodes has been waiting in a police station, drinking coffee. Yes, several key players from the original series have yet to appear – Audrey Horne, where are you? However, something richer is taking shape: a complex, disturbing tale of good and evil, played out in the margins of our reality.

Remember Matthew Lillard’s suspected murderer William Hastings? He hasn’t appeared since Episode 2, but a scintillating interview with the FBI explains how his discovery of Major Bobby Briggs in the mysterious ‘Zone’ unleashed murderous forces. It’s likely that Hastings played Aladdin to the Twin Peaks genie, and that this was the uncorking of the bottle that led to everything we’ve witnessed. But in true Twin Peaks fashion, all of this was foreseen – by Laura Palmer in the Black Lodge, and by the late Major Garland Briggs, who has left clues with his son, Bobby (Dana Ashbrook). In a series that hasn’t exactly been in a rush to bring back old characters, Ashbrook is getting one of the most moving character arcs, giving Bobby the chance to fulfil his father’s oft-frustrated faith in him.

To sum up… Major Briggs is co-ordinating events from the grave (assuming he really is dead: nothing’s certain in the world of Twin Peaks). Sheriff Truman and Gordon Cole have now received the message that there are two Coopers, and the FBI has the ring that will lead them to Dougie. It’s not quite the dramatic game-changer that an ordinary series would place at the halfway point, but it’s a satisfying tying together of loose ends ahead of the home strait.

Besides, who would want Twin Peaks to be a normal series? We’ve now learnt that Hastings’ arrest was followed by a string of grisly (off-screen) murders. Faced with the highlights he’s missed, Albert asks: “What happens in Season 2?” It might be the best joke of the series to date.

Because, by now, Twin Peaks has slipped its moorings and departed from the advertised schedule. Episode 8 included a bravura sequence set inside a nuclear explosion that was as beautiful, challenging and visionary as Kubrick’s trip ‘beyond the infinite’ in 2001: A Space Odyssey. And that’s what has happened to Twin Peaks as a whole – we’ve travelled past the far reaches of what anybody expected to see in a lavish, widely-hyped and much-anticipated season of primetime television.

Plenty has been written about Episode 8 and its synapse-popping implications – the birth of Bob in the nuclear blast, the apparent creation of Laura Palmer by the giant in retaliation, the mutant bug in the young woman’s mouth and the terrifying arrival of the woodsmen, crushing brains and talking of the “dark within”. All of this was crafted with a remarkable degree of nerve and atmosphere. What’s interesting is its context.

Sandwiched between Episode 7, when viewers finally thought we were getting somewhere, and Episode 9, it adds an extra degree of thematic nuance to what we’re learning about Major Briggs and the Zone. Was the Major killed by the Woodsmen? Were the lovers Garland and his wife (they’d be the right age)? And what does that mean, now that Betty Briggs (a welcome return for Charlotte Stewart) is back?

When Episode 8 aired, it landed with the force of a nuclear bomb in terms of making us re-assess the possibilities of television. Yet it might have also had a much more immediate effect on the show we’re watching. Suddenly, the stakes have been upped and everything’s in place for the second half of the series to be even more damn fine than what’s already been broadcast.

Twin Peaks: The Return is available on-demand through Sky Atlantic. Don’t have Sky? You can stream the whole thing legally on NOW TV, as part of a £7.99 monthly subscription, with no contract.

New on VOD: Comedies a la Carte from across Europe

Classic Doctor Who on BritBox: The evolution of the Cybermen... March 1, 2020 | Mark Harrison 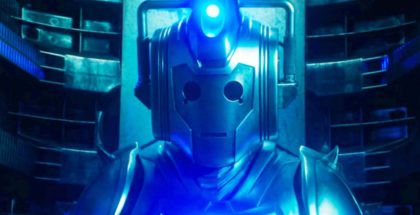 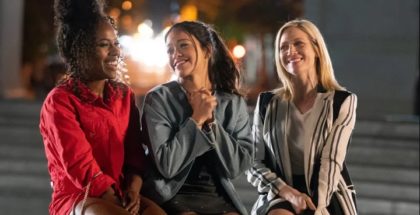