UK TV review: Get Shorty | Where to watch online in UK | How to stream legally | When it is available on digital | VODzilla.co

The next Breaking Bad? Why you should be watching Get Shorty

Elmore Leonard's story of a money collector with a passion for films could be the next Breaking Bad.

Elmore Leonard’s story of a money collector with a passion for films, whose work brings him to Hollywood, was told brilliantly in the 1995 comedy that saw John Travolta as Chili Palmer, with Gene Hackman, Danny DeVito, Rene Russo, James Gandolfini, Delroy Lindo and Dennis Farina providing the perfect balance of soulless Hollywood idiocy, angry criminal intensity and the sliver of humanity somewhere between them all. But that was then and this is now, and in the world of must-see TV we need our stories going on for seasons, we need our drama darker and our comedy darker, too. We need our shows to be the next Game of Thrones or Mad Men. Get Shorty’s TV adaptation, thanks to showrunner Davey Holmes, could be the next Breaking Bad.

Chris O’Dowd plays Miles, an Irish heavy for Amara (Lidia Porto), who heads up a criminal organisation in Nevada. When Miles and co-hort Louis (Sean Bridgers) come to collect on a screenwriter (House Of Cards’ Paul Sparks), they find themselves in possession of a screenplay (The Admiral’s Mistress), and Miles’ film-obsessed head brims with hopes and aspirations.

Meanwhile, B-Movie producer Rick Moreweather (Ray Romano) is struggling to get his latest monster movie finished between artistic disagreements and pressing budgetary issues – his old assistant April (Megan Stevenson) is now an executive at a big movie studio and seems to take glee in his failings. These two worlds collide as Miles’ push and drive, and Amara’s money, help turn The Admiral’s Mistress into a go project. 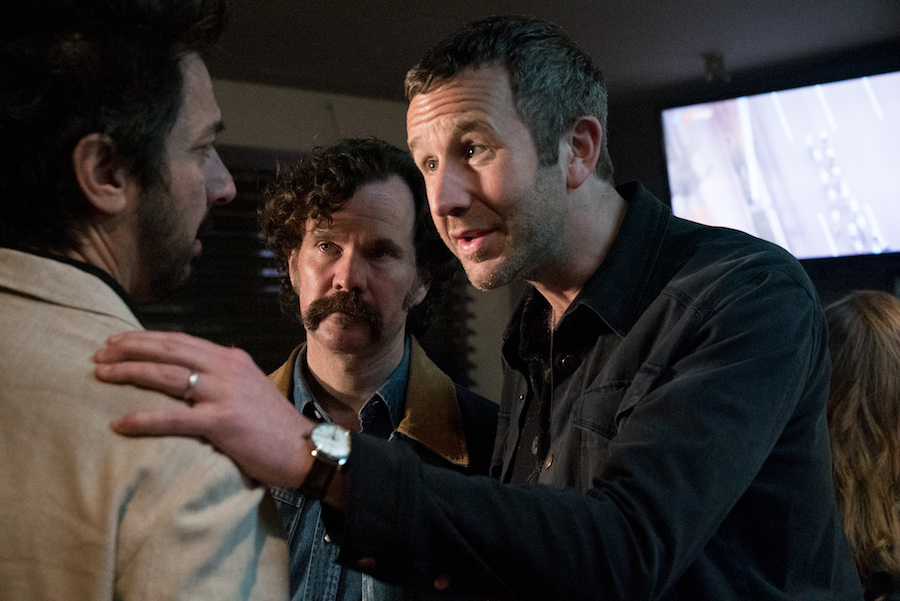 Over the course of 10 hours, Get Shorty’s first season is a gem of a thriller, a crime story and Hollywood satire, as the Nevada criminals begin to take to the LA lifestyle and the potential within its underworld, and Miles and Louis take to the movie industry. And then there’s the Shorty of the title, a term of endearment Miles gives his daughter, as he struggles with his separated wife to form a normal family once more. A family storyline that includes punching folk, the threat of finger removals and open-carrying? Normal behaviour, indeed.

The year of Ray Romano keeps giving (it’s almost 12 months since The Big Sick, let us have this one), and the actor shines as Moreweather, bringing warmth and some smarminess to a character caught inside a world of hurt through his own hubris. In the lead, O’Dowd is absolutely astonishing; he can play tough guy very well, but snap right back into the comedy and emotion of his central role neatly. Everyone around the two offers something great, like a high tide raising every boat.

The quirks and eccentricities of each character play out over the course of the season. Nobody feels like they are there simply to spit a line of exposition, and the world lives and breathes with humour, heart and often intensity and maddening egotism – and is all the better for it. Prestige dramas can take themselves and their world so seriously, and while the heart of Get Shorty is never compromised, the show knows that we as an audience (and, in fact, the characters themselves) can have so much fun in the places they are. It tells a really entertaining story, with a wealth of enjoyable characters, none of whom you’d be sad to see at any point, and binges so naturally you’ll barely notice 10 hours slip past.

Get Shorty is the kind of great TV that we deserve, chock full of great performances, strong writing, fascinating worlds and plenty of applause-worthy beats. Do not miss out on this stellar piece of storytelling.

Get Shorty Season 1 and 2 are available on-demand through Sky Box Sets. Don’t have Sky? You can also stream it on NOW, as part of a £7.99 monthly subscription. The contract-free service includes access to a range of Sky channels, from Sky Atlantic (Westworld) and Sky 1 (Arrow, Supergirl, The Flash) to FOX UK (The Walking Dead, Legion). A 7-day free trial is available for new subscribers.