UK TV review: True Detective Season 2, Episode 2 | Where to watch online in UK | How to stream legally | When it is available on digital | VODzilla.co 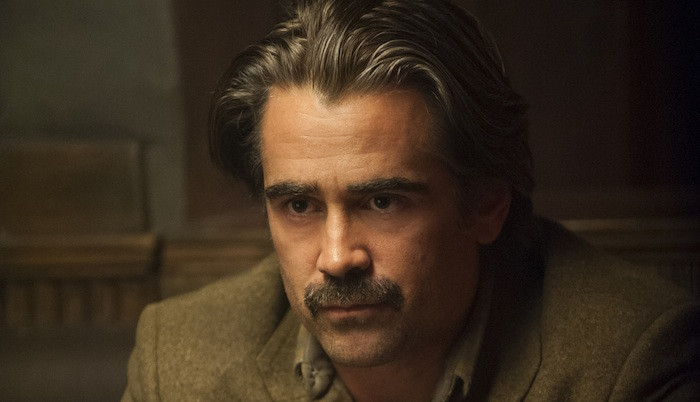 Already seen Episode 2? Read on for some additional, spoiler-filled comments.

“How did that water stain get there?” If the debut chapter of True Detective Season 2 had you worried, Episode 2 confirms all of those concerns with an opening monologue straight out of Obvious Screenwriting 101.

Vince Vaughn’s Frank – still troubled by his lack of money after Vinci’s city planner took it all, only to get bumped off – lies awake in bed, talking to his wife about an odd mark on the ceiling. Two seconds later and we’ve launched into an entire speech about his childhood and his cruel father, while his wife listens, sympathetically. Vaughn does his best with the material, chewing over the nastier details, such as rats and cellars, as the camera slowly zooms in on his expressive face. But, just like Episode 1, the sudden ladling on of back-story feels more clumsy than convincing. Kelly Reilly judges the moment correctly when she looks at her emoting husband and gives two words of advice: “Stop thinking.”

If Episode 1 struggled to cram all of Nic Pizzolatto’s thoughts in, though, at least the awkward juggling of similarly rushed character histories is over: here, Season 2 settles into a steadier rhythm of parallel plots. This feels more like the crime epic that was intended, as people have heated chats by the side of reservoirs, wave guns around and look through case files on coffee tables at 2am. Even the pointed jazz soundtrack fits in with the more consistent noir vibe.

The picture, meanwhile, continues to get more complex, as we get our first explanation of Episode 1’s bizarre bird head: naturally, it belongs to a shotgun-wielding assassin. Whom did he kill the city planner for, though? Certainly not Frank, but someone higher up the chain of power?

Make no mistake, though: we are still in exposition territory. It’s something that can be easily defended in TV land, as shows aim for accolades such as “slow burn” in a sea of intelligent programmes that require patience and time to reap rewards. But there is a way to do this subtly – and while Nic’s sequel has certainly improved since its uneven opener, there are still a lot of rough edges.

“What do you know about Vinci?” Ani is asked, only for an overview of the industrialised city to be recited for hers and our benefit. On the other hand, her family history is brought up mid-investigation, but, tellingly, is far easier to swallow when not accompanied by Episode 1’s pointed scenes featuring her relatives.

There is a growing sense that she is our truest detective, as the others around her seem increasingly corrupt. Indeed, that is the strength of Pizzolatto’s premise this time around: bringing three different perspectives to the same homicide and allowing them to interfere with each other’s pursuit of justice. Everyone is controlling the flow of information for everyone else. Justice, after all, means different things to different people: for Frank, it’s getting stolen money back to pay off his debts; for Ray, it’s repaying a debt to a crime lord and winning back his son; but for Ani, it’s about a solving a case.

As Rachel McAdams’ quietly intense performance nudges into a welcome lead position, Officer Woodrugh (Taylor Kitsch) remains the most interesting cop on patrol: when offered a promotion in exchange for his duties, he simply states once again that he wants to go back to his motorbike. Bless his cotton socks. A brief insight into his own home life – and, particularly, his relationship with his mum – manages to intrigue without the need for forced monologues, a la Frank, or explicit discussions about character motivations, a la Ray. Yes, Woodrugh’s miserable, but he’s far from annoying.

Speaking of which, this week also brings us more of everyone’s favourite drunkard/violent/possible murderer, Ray Velcoro. His actions last week – read: bashing another man’s face in with brass knuckles – inevitably catch up with him, as his ex-wife reacts. Colin Farrell does good work here, arguing that his son’s the only thing in his life that he’s got left – the emphasis on his son’s importance in his life, not his importance in his son’s life, is nicely observed. It’s the kind of heated melodrama you expect after several episodes, rather than a second chapter, though; if Episode 1 bombarded us with a season’s worth of character flaws, Episode 2 certainly gives us the sense that Ray’s arc doesn’t have much farther to go – a sign, perhaps, that the show is aware it needs to readjust its three-way act, as it gradually places more weight on the others in the trio.

That off-kilter balance is highlighted in an almost-fantastic sequence halfway through, as our group of cops attend the post-mortem of the city planner’s body. (Props, once again, to the make-up team for their disgustingly believable acid-burned eyes.) As their forensics guy examines the corpse, the detectives spend more time eyeing each other up than the corpse. It’s a great exchange of tiny glances (tick Meaningful Looks off your True Detective Season 2 Bingo Card), until director Justin Lin gets carried away: repeated close-ups of the actors staring almost become a spoof of a brooding cop show. If less is more, though, Episode 2 suggests a scaling back is on the cards, as well as a much-needed shift from overcooked cliches to Season 1’s more unpredictable plot twists. Maybe that will give us more time to explore the show’s real mystery: where did that water stain come from?

True Detective Season 1 and 2 are available on Sky Box Sets. Don’t have Sky? You can also stream it on NOW, for £9.99 a month, with no contract and a 7-day free trial.

– Let’s start with Frank. While his opening monologue is really quite bad, it’s refreshing to see our gangster-going-good not as the overall villain: he bought into the land scheme that the city planner was involved in, only for his cash to disappear. Frank’s determined to find out where his money is – and is pinning his hopes on Ray to monitor the investigation and give him the info. So far, so normal. But we also get to see him beg for leniency from the people he owes money to (read: the city mayor), which gives him much more complexity than a monologue about his dad locking him in the cellar ever could. That said, the rats, man. The rats.

– Also, a brief shout-out to Vaughn for his intimidating “Oh, hey, I was just passing by innocently and saw you get beaten up by my thugs, are you ok?” act.

– Speaking of daddy issues, it’s only fitting that the hyper-testosterone-fuelled world of Pizzolatto’s men should be full of people with damaged father-child relationships, from Ani’s cult dad to, as we now learn, Woodrugh’s pop, who abandoned him and his mum, leaving him with no role model and her with no money. (And a taste for fried chicken without the skin. And for stroking her son’s muscles.) Ray’s daddy troubles are the most complex, though, given that his son is clearly not his son at all, but the son of the man who raped his ex-wife – and the man whom Ray, we presume, killed.

– Speaking of killing… Boom. Bird man with a shotgun. Who saw that coming?

– No, we didn’t either – and it’s a promising glimpse of what Nic might have in store for Season 2. Poor old Ray. Nothing says “Surprise!” like a shotgun to the chest from a guy dressed as if he’s on the way to an ornithologist fancy dress party.

– “Well, just so you know, I support feminism.” Part of Pizzolatto’s problem so far has been the flat-out reliance on cliches. It’s worth appreciating, then, that he uses those cliches to subvert our expectations in this episode: The kind of awkward chatter between Ani and Ray, as they drive around together is exactly the kind of banter you get from two main characters in a buddy cop story. You don’t expect either of them to die.

– “This fag at the bank…” Woodrugh’s character gets even more screwed up with his brief mention of wanting to punch a guy at the bank for maybe hitting on him. Why on earth is this man allowed to be a lead in an official state case? Because in True Detective Land, there’s no such thing as a non-screwed up detective.

– In terms of solving our mystery, we get a few more tidbits here: the city planner’s irregular ATM withdrawals are most likely to do with hookers, while the missing girl we’ve heard mentioned disappeared in the heartland of Ani’s father’s cult.

– Is Ray dead? Was this episode surprising enough for you to keep tuning in? Answers on a postcard below. 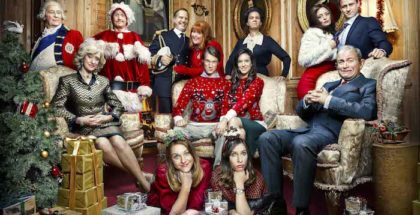 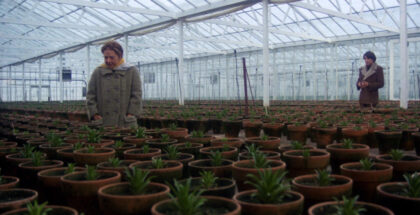 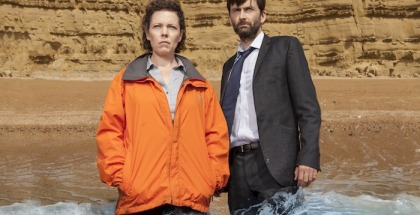