UK TV review: Dylan Moran: Off the Hook | VODzilla.co | Where to watch online in UK | How to stream 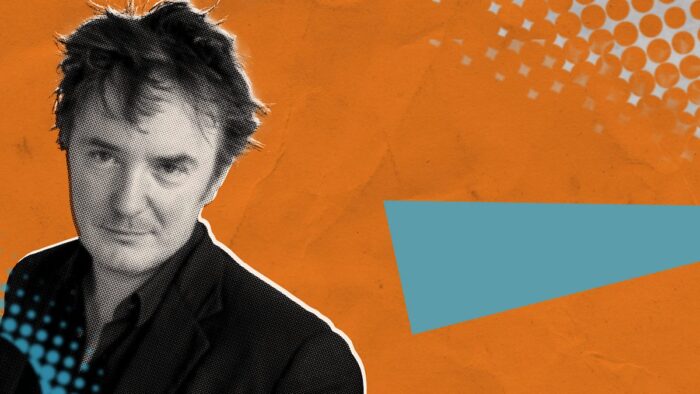 “Born, child, failure, get old, die.” That’s life as summed up by Dylan Moran, the most miserable hilarious person you’ll ever come across. The Irish comedian, who exists in a vino veritas limbo between nonsensical petulant rambling and profoundly childish insight, arrives on stage with the haze of cigarette smoke and the rage of a particularly bad hangover. He makes Jack Dee look like a Powerpuff Girl. His 2015 special, Off the Hook, is darker and more shrewdly philosophical than ever – which means it’s funnier too.

Moran’s set, which runs for 75 minutes, tackles the kind of midlife anxieties that we’ve seen dissected on stage countless times before, from having children to the changing nature of the modern world, where smartphones are omnipresent and coffee comes in too many varieties. But while jokes about hipsters and the differences between men and women are nothing new, the pleasure of Moran’s morose art is the way he blurs conflicting aspects of his persona; he’s at once sincere and entirely sarcastic, simultaneously annoyed at life and totally unbothered.

Some comics adopt a persona, but Moran inhabits his, and the fun is simply scrutinising his increasingly agitated demeanour. It allows him not only to toy with our perception of him – his mocking comments about the way the right-wing views migrants carry an unrelentingly acerbic edge – but also to exaggerate his every observation to the point of laugh-out-absurdity. And, throughout, it enables him to delve into surprisingly dark territory. Depression, loneliness and despair – as indicated by the artwork drawn by Moran himself that adorns the stage backdrop – are the touchstones of his comedy, and he finds a way to confront the melancholy of life while also grudgingly accepting it. He tells the audience to stop clapping or laughing, claiming he doesn’t care, but what he does care about is finding a distraction from the world. Born, child, failure, get old, die may be his view of humanity – but there’s always time for laughter in between them.

Dylan Moran: Off the Hook is available on BBC iPlayer until January 2022