UK TV review: Doctor Who Season 12 Episode 6 (Praxeus) | Where to watch online in UK | How to stream legally | When it is available on digital | VODzilla.co

Doctor Who delivers timely fears and heart-warming feels in a tension-packed episode.

What connects a missing astronaut, birds behaving strangely in Peru, and a US naval officer who washes up on a Madagascan beach? In a week where Steven Soderbergh’s Contagion has re-entered the iTunes top 10 because it eerily echoes the real life fears of a pandemic sweeping the planet, Doctor Who is even more alarmingly topical, as it serves up an episode that hops around the globe to chart the sudden consequences of a mysterious disease. And then, just when you think the answer can’t be more unsettling, the show finds another timely terror to tap into, delivering one of the most straightforward – and straight-forwardly chilling – adventures of Nu Who.

Written by Pete McTighe and Chris Chibnall, it’s clear that we’re in safe hands the moment the episode takes the smart step of splitting up its stars – Yaz (Mandip Gill) and Graham (Bradley Walsh) are off in Hong Kong, where strange energy readings have trigged the Doctor’s Spidey senses. There, they bump into kidnapped astronaut Adam Lang (Matthew McNulty) and Adam’s estranged boyfriend, Jake (Warren Brown), a former police officer who’s on sabbatical.

In Peru, Ryan (Tosin Cole) has is trying to work out what’s going with some strangely behaved birds. He crosses paths with video blogger Gabriela (Joana Borja), and joins her in evaging the sinister unknown theatre. Meanwhile, in Madagascar, the Doctor is investigating a missing submarine.

All three groups go about their investigations in their own way, from Ryan’s nervous brusqueness to Yaz and Graham’s more confident, wise-cracking double-act and the Doctor’s dizzyingly fast-thinking enthusiasm. But all three groups still encounter the same mystery: Praxeus, a disease that sees its victims get covered in a rock-like layer of crystals, before disintegrating into dust.

Jamie Stone directs the resulting collision of horror, adventure and humour with just the right amount of each, keeping things lightly entertaining but still deeply unnerving. And, while the action is largely Earth-bound, the story has a pleasingly bigger scale than it appears, thanks in part to the introduction of the kidnapped, suffering astronaut. Adam and Jake’s relationship, meanwhile, brings a welcome note of warmth; at a time when Marvel is struggling to give us an openly gay superhero, it’s a joy to see Doctor Who in its current season still blazing a progressive trial, putting their bond front and centre – the kind of thing that’s made possible by the show’s ongoing move away from a cliched will-they-won’t-they story between Ryan and Yaz.

All that and a shameless excuse to have some dangerous birds chasing our heroes? What’s not to like?

– In the opening act, we see Yaz and Graham get attacked by what appear to be humans in biohazard suits, and that sets the tone for the unsettlingly familiar threats on the cards – one echoed by the creepy bird hordes, which actually kill Amaru, the sidekick to medical research Suki.

– Suki turns out to be much more important that she initially seems: she’s actually one of the last remaining members of an alien race that was also wiped out by the virus.

– The virus, meanwhile, is drawn to microplastics, tiny bits of plastic that, due to pollution, are now flooded through living beings on planet Earth.

– The plastic nastiness continues with the fact that we end up in a shell of plastic at the bottom of the Indian Ocean, where the Doctor works with Suki to find an antidote for the condition. Suki, though, can’t be cured, and ends up exploding into dusty rubble. Luckily, though, the antivirus does work on humans, and with Adam volunteering as a guinea pig, they use Suki’s alien ship to blast into the sky to set the antidote into the atmosphere – although the autopilot fails, leaving Jake on board to pilot it.

– It’s wonderful to see Doctor Who once again tackling the issue of the environment – because Doctor Who has always been a show with its morals and hearts in the right place, as evidenced by Adam and Jake getting a final make-up kiss, with the Doctor even resisting the cliched sacrificial climax by rescuing Jake from the spaceship before it explodes. A wake-up call from a programme that couldn’t be more woke? Chibnall’s stint behind the TARDIS might not have started all that consistently, but long may it continue. He’s shaping up to be a charming successor to Russell T Davies. 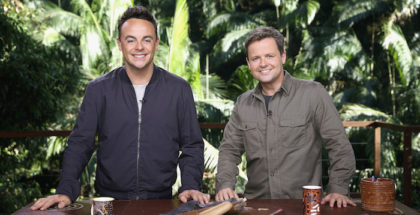