UK TV review: Doctor Who Season 11, Episode 4 (Arachnids in the UK) | Where to watch online in UK | How to stream legally | VODzilla.co

It's down to the eight legs of the regular cast to carry this threadbare tale.

This review contains no spoilers for Episode 4, but mentions plot details from the rest of Season 11 so far. Read on for our additional spoilery observations, after you’ve seen the episode.

Referencing the 1976 Sex Pistols song of the same-ish name, the title Arachnids In The UK feels like a bit of a reach. Unfortunately, the episode similarly seems to be out on a limb, hitting the bang-average watermark of an otherwise pretty remarkable season of Doctor Who.

For Chris Chibnall’s fourth writing credit on the bounce, we get a pretty great set-up. The Doctor lands the TARDIS back in Sheffield in time for tea with Yaz’s family. But just on their doorstep, a conspiracy is underway that puts Yaz’s mum (Najia! Played by Shobna Gulati!) in harm’s way. But what does her new job have to do with the massive build-up of cobwebs across the city? It’s a Homecoming without the Spider-Man, but with lashings of the Pertwee-era monster-of-the-week runarounds that Chibnall excelled at in the 2012 season.

At this stage in his first season as showrunner, it’s abundantly clear that the strength of his interpretation lies mostly in the chemistry between the four leads. With eight legs between them, Jodie Whittaker, Bradley Walsh, Tosin Cole, and Mandip Gill continue to be brilliant. Without really making it official, this episode sees them all on the verge of leaving the Doctor to go off on adventures on her own, with Yaz finally getting some attention. Throughout the episode, their dynamic, and the natural, sparky humour that it creates, makes you eager to see more. There’s something reassuring of how this holds up, even in an episode where the stuff around them isn’t so sturdy.

This is epitomised by guest star Chris Noth, who plays a politically ambitious American hotelier called Jack Robertson. His scenery-chewing performance is quirky and funny and 100% committed, but he also gets right in the way of the plot. If you can’t put your finger on who he might be based on, Chibnall’s script is here to tell us, over and over again.

That’s the Mr. Big of it all, but bigger still is the arachnid threat involved in this week’s episode. While Doctor Who still can’t go toe-to-toe with the world-class effects available elsewhere, director Sally Aprahamian knows how to shoot her monsters and there are some lovely, scare-making beats to enjoy here.

Some of the more easily offended commenters online have complained of a political agenda being crowbarred in, and it’s annoying to have to say so about this one. Is it political? Bigly. But there are a lot of different factors to this week’s crisis, with a lot of strands that don’t really weave together. The relative strength of the various different strands buckles under any substantial weight. It doesn’t feel complete when the time comes to sweep them all up at the end of the episode, and yep, that’s quite enough web metaphors for one review.

Arachnids In The UK is an episode that feels true to its title. The Earthbound story makes lots of the noises that Doctor Who makes at its best, but it scans much like it does when you try to sing that title as part of the Sex Pistols song it’s meant to be referencing.

Doctor Who Season 11, Episode 4 is available on BBC iPlayer until 9th June 2019.

– “A giant spider smashed through a bath. Alright.” Speaking of the Pertwee era, the Third Doctor bowed out in 1974’s Planet Of The Spiders, combatting the enlarged residents of Metebelis 3. In the new series, we’ve seen spider-like creatures of unusual size in The Runaway Bride and Kill The Moon, but these are the first proper big arachnids we’ve had since 2005.

– Tanya Fear guests as Dr. Jade McIntyre, who goes on a good old-fashioned exposition exhibition with the gang, as they figure out why Robertson’s hotel is at the centre of the webs. We like that there’s no alien intervention, just mad science, but the plot doesn’t resolve itself well. It’s encouraging that Thirteen doesn’t just want to bat them with a giant newspaper, so it’s just a shame that the resolution is just a faster version of “trap them in a jar, but then accidentally forget about them”.

– Political views are this writer’s own, but I’m all for a good jab at Donald Trump. Granted, I’m quickly reaching the point where I think he’s impervious to mockery and satire, but even by the ever-sliding standards of discourse, the over-egging of Robertson was poor. I’ll forgive Doctor Who anything, but that slightly-too-pleased-with-itself “fire and fury” line, in reference to Michael Wolff’s exposé of the Trump administration really made me cringe, especially in the midst of a rushed, simplified climax.

– Onto the good stuff, then – by the fourth week of the season, all doubt about Bradley Walsh’s acting ability should be dispelled. You could argue he’s been given a lot more material to show his dramatic range, as if to pre-empt these concerns, but it’s all been very subtle, emotional stuff. Here, he’s great as he interacts with his imagined ghost of Grace (Sharon D. Clarke) with no sci-fi explanation, just his loneliness. In a TARDIS full of ordinary folks, his grief-stricken everyman is a real standout.

– For a Yaz-centric episode, it’s a shame that Yaz doesn’t really stand out more. We like Najia and Hakim (Ravin J. Ganatra) a lot and Sonya (Bhavnisha Parmar) is very well drawn, however briefly, as the irritating little sister that Yaz describes. It’s a nice beat that gives her a distinctive reason to come along for the ride, next to the legwork that’s gone into Ryan and Graham’s motivations.

– We’re listening to Raze, Sheffield’s sickest grime station – all bangers, and absolutely no Ed Sheeran. Look for that branding on fan t-shirts by next weekend… 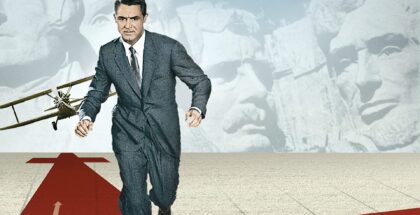 Why you should be watching Mark Kermode’s Secrets of Cinema... February 24, 2019 | Ivan Radford