24 Legacy ramps up the pace in an action-packed, cliche-stuffed penultimate episode.

Warning: This contains spoilers for Episode 11. Not seen 24: Legacy? Catch up with our spoiler-free review of Episode 1 here.

After a bit of lull in its second half, Episode 11 of 24: Legacy ramps things up just in time for the finale. This is the penultimate episode to almost-end all penultimate episodes, one in which every possible thing you could imagine happens. And then gets taken hostage, shot at or strangled. If you were worried that the franchise’s spin-off would struggle to balance the need for real time thrills with a concise 12-hour framework, Episode 11 comes us with an infallible solution: it stuffs half a season’s worth of plot into 60 minutes (45 minutes, if you take out the adverts).

Let’s start with the Pentagon, shall we? You know it’s going to be a good episode when someone suggests breaking into the Pentagon. That’s because Andy’s intel from last week – you may recall the code name “East July” – digs up an old mission, which was National Director of Intelligence Simms’ plan to kidnap Naseri’s daughter, Ara, and use her as a means to get to Bin-Khalid. (You know, the Bin-Khalid who was meant to have been killed by Carter and his men in an operation run by Ingram, but turned up dead last episode.) The only way to get more information on what that involves? Get into Simms’ computer in the Pentagon.

And so John Donovan and Carter team up for the least sensible mission in a string of least sensible missions, with the hope of finding Naseri’s daughter and trading her for Ingram. And so Donovan demands a personal visit, while Carter squeezes into a suit (Corey Hawkins, naturally, looks good in a suit) and pretends to be a member of the Secret Service. (Andy, naturally, is able to help fake his Secret Service ID.) A heated confrontation later and Carter heads off to a farmhouse where Ara is thought to be, leaving Donovan and Simms to stare at each other angrily, Simms hinting that Ingram was involved in Ara’s kidnapping in the first place and Donovan snapping at him and calling him a liar.

By now, Carter and Andy have settled into a nice little double-act, the latter relaying cyber-babble smoothly into the former’s earpiece, like they’ve been running ops together for several seasons – when 24: Legacy is inevitably renewed for a second run, expect that double-act to continue. Simms, though, has his own partner in crime, as he plans to have Naseri’s daughter taken out of the picture before Carter can get to her. The man doing the erasing? You guessed it: Tony Almeida.

It’s a thrill once again to have Tony back in the frame – if you’re gonna drag an old face back into a TV show, you might as milk the cameo for every last drop. And Carlos Bernard is clearly enjoying playing the darker, mercenary side of the former CTU agent, accepting the money to do the dirty work even before he knows what the job is – and seemingly not caring anyway. Just look at him. 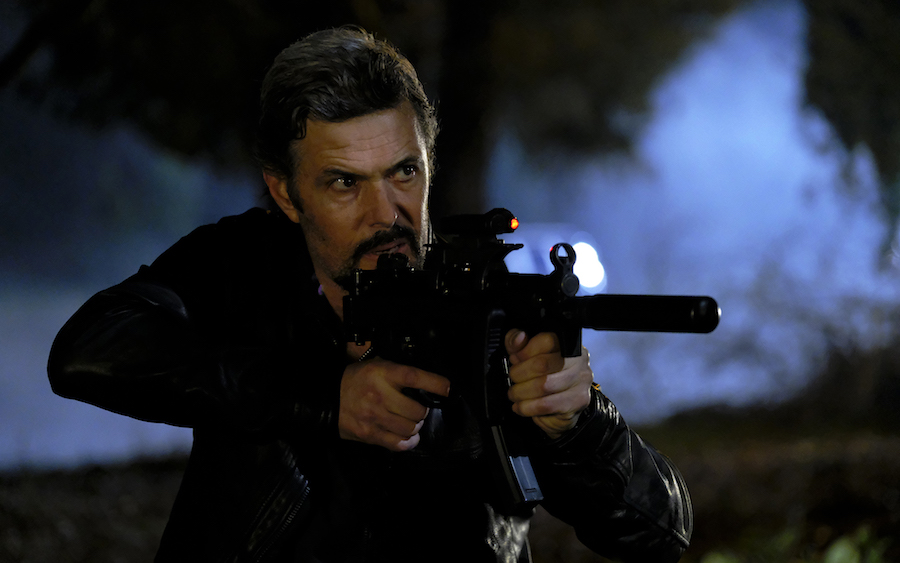 And so we end up with Carter and Almeida facing off against each other, which in itself is good enough for a cliffhanger to take us into a season finale. Carter tries to keep Ara calm and talk Tony down (Hawkins, of course, has great chemistry with the child, as you’d expect from the hero of 24), while Almeida insists that he’s already been paid, so it doesn’t matter whether or not Simms has been discovered. At the same time, Donovan threatens Simms to call Almeida off, but instead pistol-whips him unconscious when he refuses. Oh well, Donovan. You tried, eh?

Back at CTU, things are getting just as violent, as Simms realises someone (Andy) is finding out too many things and dispatches someone to the office to keep an eye on them. Almeida? No, Daniel Pang (C.S. Lee), a medium-ranking officer with a loyalty to his boss and a fondness for protocol – because if there’s one thing in life more evil than mercenaries with guns, it’s middle-management.

Lee is wonderfully annoying with his polite assumption that he’s right about everything, even ordering former CTU chief Mullins (Teddy Sears) to give him his desk to use. And you thought Ingram, attempting to commit suicide in the back of Naseri and Bin-Khalid’s van before then can broadcast her execution online, had it tough.

Pang, meanwhile, is too efficient to be thrown off the scent for long, and swiftly starts to put the Andy-shaped pieces together. So what does Mullins do? What any 24 character worth their salt does in a crisis: he goes rogue, strangling Pang and rendering him unconscious on the floor of the office. Take that, middle-management.

The result is one of the busiest episodes of in recent memory, as everyone runs about to get in place for the big finale. Strangling, hostages, showdowns, suits and saving innocent children? We would’ve been happy with just breaking into the Pentagon. After a chapter in which the similarities to classic 24 began to grate, Episode 11 doubles down on all the cliches imaginable and it pays off with classic 24: all happenings, no thinking. Roll on hour number 12.

Photo: 2017 Fox and its related entities. All rights reserved. 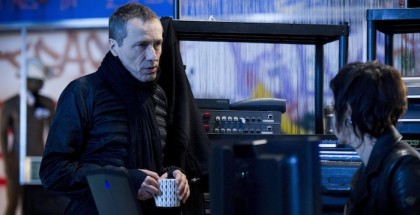