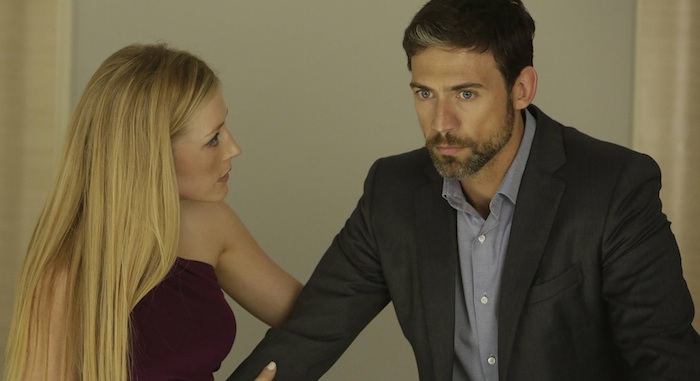 All the pieces seem in place for Tyrant to grow into a serious political drama, but that is mostly because Episode 1 spends the entire hour laboriously setting them up.

The show is the brainchild of Prisoners of War creator Gideon Raff and the man behind the Israeli series’ remake, Homeland. The combination of minds should be enough to spell small screen gold, but the letters, it turns out, are so constrained by the rules of grammar that they never spell anything interesting.

Like Utopia earlier this year, the programme takes the bold move of using its pilot as prologue to establish the premise. Episode 1 sees Bassam “Barry” Al Fayeed go back to his Middle Eastern home of Abbudin after 20 years spent in California as a doctor. Complete with his glamorous wife and two sulky teenagers, the heir to the troubled state finds himself reluctantly making the return trip for his nephew’s wedding. He soon reunites with his mildly psychotic brother, Jamal (Ashraf Barhom), and resilient ruling father, who loves Barry more.

The parade of cliches are the problem, all proving a little too stifling for anything to really breathe – although that’s not for lack of effort.

The cast all put in 100 per cent, with British actor Adam Rayner even managing to sell his role as an Arab despite being a white man from Shreswbury. But the script swerves from unbelievable to all-too-predictable every time he gets a grip on the material. “What’s the matter?” Jennifer Finnigan’s wife, Molly, repeatedly asks her anxious hubby, who simply refuses to talk about it. After two decades of life in LA, it seems unlikely that they would never have discussed the flashbacks that constantly unfold of his childhood. Or at least worked on his tan a bit.

Still, Barhom brings some entertaining danger to proceedings as unhappy upstart Jamal, treating women terribly and running loudly down the path to revolt. As our lead begins to echo the physical behaviour of his brother with one unexpected slap, the dramatic parallels point towards a provocative road ahead. This seems typical of Tyrant’s approach to character, taking tiny moments and blowing them up into gigantic melodrama – a lavish style that could win you over, if it weren’t busy creating narrative signposts a mile high.

Yes, the cast try hard but the writers are trying much too hard, taking care to tick all the boxes they can to make a Serious Drama. When Jamal inevitably goes off the rails, setting in course a chain reaction of nation-changing events, you wish you were more engaged in the family upsets, marital conflict and – most of all – Middle Eastern politics. Under the eye of skilled director David Yates, the expensive sets look authentic enough and the violence erupts with shocking suddenness, but like Bassam and his shallow family, it never quite rings true. Would it help if Abbudin was a real place rather than somewhere made up? Perhaps. The fact that everyone speaks in English, though, only adds to the hollow feel of a contrived piece of fiction. All the pieces seem in place for Tyrant to grow into a serious political drama. At the moment, it’s a soap opera about a guy called Barry.

Tyrant: Season 1 is available to watch online in the UK on Amazon Prime Video, as part of a £7.49 monthly subscription.

Mobile viewing to make up half of all online viewing by 2016?

VOD film review: In the Loop