UK TV Review: The Sopranos | Where to watch online in UK | How to stream legally | VODzilla.co

The Sopranos: Looking back at a stone-cold classic 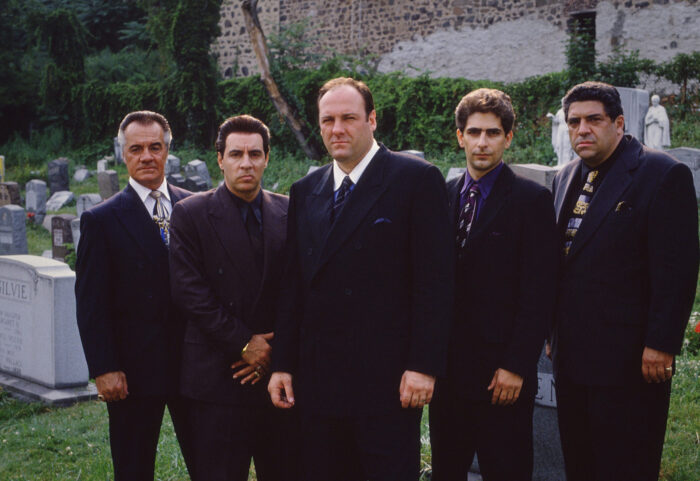 20 years on, The Sopranos remains a stone-cold classic of US TV.

Premiering in January 1999, David Chase’s gangster saga, The Sopranos, established itself quickly as must-watch television. Since its six-season, 86-episode arc finished in 2007 – signing off with an iconic cliff-hanger, a scene executed to perfection – The Sopranos has been regarded as one of the best TV dramas in history. Rewatching for the umpteenth time or discovering it fresh makes for poignant and melancholic viewing, however, as lead actor James Gandolfini is no longer with us, having passed away suddenly aged 51, in June 2013.

It isn’t hyperbolic in the least to say show creator David Chase wrote down on the page, and Gandolfini acted on screen, one of the most incredible psychos conjured by the imagination. Tony Soprano might well be the definitive portrait of a borderline sociopathic personality. Gandolfini gave us a performance for the ages and then some. Whatever garlands of praise you bestow upon Big Jim’s role and on Chase’s writing, they still won’t be enough. The late actor disappears into Tony Soprano so completely as to leave one discombobulated, giddy and swooning at the craft on display in every episode. How can somebody be that good, you’ll wonder. While displaying the traits of a psychopath, “T” (as people typically address Tony) has a side that is identifiably human, can play at being a nice fella, gracious, fun and also emotionally brittle and self-pitying. If he’s beyond redemption, he isn’t beyond help, we might well conclude.

T is a clever and sneaky man, showing off different sides to his personality to different people, as a way of making himself hard to read. At home, to AJ (Robert Iler), Meadow (Jamie-Lyn Sigler) and Carmela (Edie Falco), he’s the man of the house and a bit of a grump. At strip club Bada Bing! (aka The Bing), where he shoots the breeze with his fellow gangsters and flirts with the strippers, T is a man to fear and keep happy.

Tony’s big secret, of course, is his hush-hush visits to a psychiatrist (played by Lorraine Bracco). Their fascinating relationship and tête-à-têtes form the spine of the series, giving it a through-line and unique perspective on the classic American genre. Chase was not only intent on deconstructing the gangster, but also wanted to explore a ruler’s mindset, his fears and how he connects to others and how he keeps his New Jersey fiefdom together (or not). After all, mobsters aren’t allowed to show emotions other than anger, so what happens when underlings begin to notice and quietly question their boss’s mental state? Any sign of weakness and the sharks, sensing blood in the water, will circle. Beneath the bear-with-a-sore-head moodiness, the superficial charm, the acts of violence, the bullying that passes for “banter”, the machismo, the cruelty, there’s a softer side trying to break out, and usually failing to do so. Much of the tension derives from Tony attempting to keep a lid on his sometimes-crippling panic attacks and rounds with the shrink. Over the course of 6 seasons, Doctor Melfi grows ever more concerned that she’s not only allowing Tony to justify his terrible behaviour, but she’s somehow enabling him. Her struggle is to remain professionally distant, while often wondering what she’s getting herself into – and whether it’s going to end badly for her.

If The Godfather and its sequels romanticised close-knit Italian-American families and the Mob, The Sopranos is the anti-Godfather. Everybody here is trapped in a carefully constructed system from which the only escape, if an option, is a bullet to the back of the head. Some are happy to be in it, some are in it but stay in blissful ignorance, while others exist on its fringes only and cannot be trusted. Anybody who transgresses the unspoken code usually ends up buried in a shallow grave out in the boonies. It all makes for captivating human drama and a jet-black comedy dissection of an extended family as crooked as a hind leg.

The Sopranos isn’t The James Gandolfini Show, either. Actors cast in supporting roles and bit parts are equally brilliant, all of them on their A-game. Michael Imperioli (Christopher Moltisanti), Tony Sirico (Paulie Walnuts), Silvio Dante (Steve Van Zandt), Drea de Matteo (Adriana), Steve Schirippa (Bobby Bacala), Aida Turturro (Janice Soprano) – each crafted memorable performances as figures trapped in the orbit of Planet Tony. Van Zandt is arguably the most remarkable of the lot, as he wasn’t an actor at all, but a member of Bruce Springsteen’s E Street Band when Chase approached him about the role. What slowly unfolds is a beautifully written, masterfully acted and directed series that hardly (if ever) puts a foot wrong. For sure, it takes a couple of seasons to really lift off into the territory of classic TV and for individual episodes to sear themselves into your brain forever, but it’s a guarantee that, by its conclusion, you’ll be left feeling you’ve witnessed something touched by genius and, hopefully, that you’ve learned a thing or two about the messy human condition, while still wondering what makes people tick. The Sopranos is as illuminating as it is enigmatic.

Set mainly in New Jersey, the scenario routinely contrasts Tony’s middle-class suburban home life with his sordid and murderous activities outside the family nest. Tony’s greed – for food, for women, for humiliating others – and his hulking frame symbolise not just rampant capitalism but the appetites of a man filling an emotional void. It’s a dangerous world, a violent world, a world where a man has to be at his sharpest all the time, on his toes constantly, the act of murder as mundane as putting the bins out. The material wealth, the women, the nights drinking and carousing, Tony has it all but every victory feels pyrrhic and paranoia spurs actions and leads to sometimes savage repercussions. For all the talk of family and respect, there really isn’t any. There’s control and command. Even close relatives, such as Uncle Junior, aka Uncle June (Dominic Chianese), make moves against his nephew when he spots the opportunity to do so. As Russell Bufalino (Joe Pesci) summed it up in The Irishman: “It’s what it is.” Loyalty in the Mafia is a myth, and The Sopranos highlights this fact repeatedly, as family bonds count for nothing when tough choices are presented.

The Sopranos is available on Sky Atlantic. Don’t have Sky? You can also stream it on NOW, for £9.99 a month with no contract. For the latest Sky TV packages and prices, click the button below.

Where can I buy or rent The Sopranos online in the UK?

Trailer: No One Gets Out Alive of new Netflix horror

The Crown and Ted Lasso score big at Emmys 2021 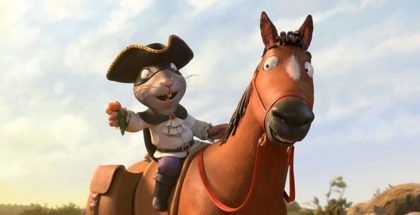 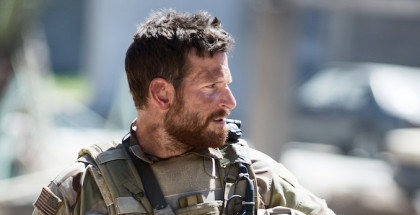 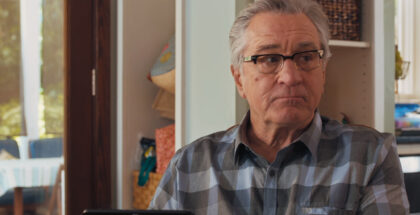 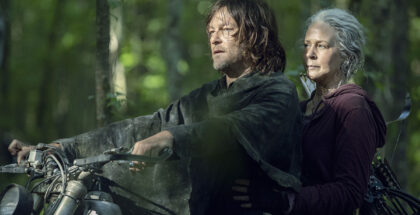