VOD film review: The Menu | Where to watch online in UK | How to stream legally | When it is available on digital | VODzilla.co

This darkly hilarious tale of just desserts is a treat worth savouring.

“You don’t think chef is mad at me, do you?” Those are the words of Tyler (Nicholas Hoult) halfway through The Menu, as the excited foodie navigates his tastebuds through a twisting, twisted evening meal. Tyler has taken his date, Margot (Anya Taylor-Joy) to Hawthorn, an exclusive eatery on a remote island only accessible by private boat. The chef? Julian Slowik (Ralph Fiennes), whose many years of renowned cuisine have left a bitter taste in his mouth – what he plans to serve, we soon learn, is nothing less than a deliciously twisted comeuppance.

Each course gradually peels back the layers of the people assembed for this fateful feast, from a snooty critic (Janet McTeer) and her editor (Paul Adelstein) and a wealthy couple whose money hasn’t bought them happiness (Reed Birney and Judith Light) to an actor and his put-upon assistant (John Leguizamo and Aimee Carrero) and a trio of techbro investors (Rob Yang, Arturo Castro, Mark St Cyr). Also in attendance is Linda (Rebecca Koon), Julian’s alcholic mother.

From the opening tour of the island by maitre d’ Elsa (the superb Hong Chau), it becomes clear that these guests and their self-absorbed lives are going to be skewered, perhaps literally. Watching immoral people get their just desserts is a satisfying propect, albeit one that’s hardly original. But The Menu’s success lies less in its fairly familiar recipe for social satire and more in the immaculate way that it assembles its ingredients.

The script, by Seth Reis and Will Tracy, escalates the stakes with the patience of a slowly boiled lobster, teasing hopeful outcomes of happy endings while quietly turning up the heat. Mark Mylod, meanwhile, slices and dices the tension with a mouth-wateringly dark sense of humour, undercutting expectations one moment before blindsiding us the next.

Throughout the cast gamely chow down on each morsel of shame, laughter and cruelty, with Nicholas Hoult’s clueless fanboy almost daring us to feel sorry for him, as he’s exposed for the entitled buffoon he is. At the heart of it all, Anya Taylor-Joy keeps us an edge with a self-awareness that makes her outsider the only one worth rooting for, while Ralph Fiennes is clearly having a ball as the formidble master of ceremonies cooking up a righteous storm that doesn’t even spare himself. The result is hilarious, gripping and devilishly moreish – a treat worth savouring.

Why The Recruit should be your next box set 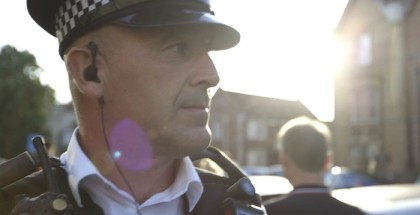 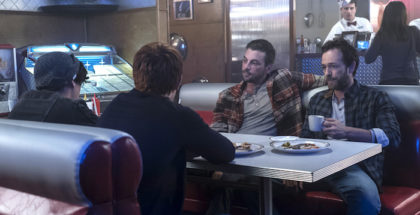 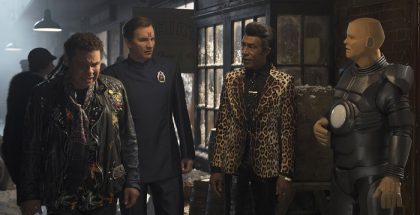 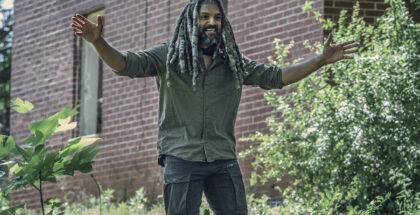