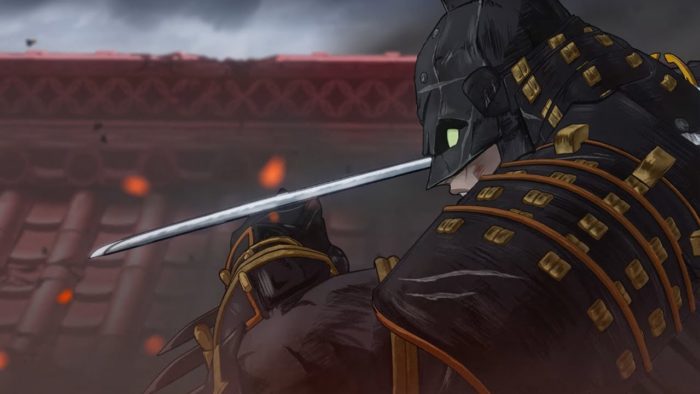 The Caped Crusader time-travels to feudal Japan in this stunningly animated adventure that's big on spectacle if not plot.

Directed by Junpei Mizosaki, Batman Ninja is a Japanese anime-style adventure, similar to 2008’s Batman: Gotham Knight (previously featured in this column), albeit a full-length tale rather than a collection of shorts. Ambitious in scope and breathtaking in execution, it’s a must-see for Bat-fans, even if the story can’t quite match the visuals.

The plot may be a little disappointing, but you can’t say it isn’t economical. Within the first two minutes, Batman (voiced by Roger Craig Smith in the American dub) has been transported to feudal Japan, after Gorilla Grodd’s (Fred Tatasciore) time machine goes haywire in Arkham Asylum. There, he discovers that Grodd and The Joker (Tony Hale), along with several more of his enemies (including Penguin, Poison Ivy, Death Stroke and Two-Face), have become warring feudal lords, splitting up various Japanese territories and attempting to change history.

Fortunately, Catwoman (Grey Griffin), Alfred (Adam Croasdell) and a quartet of Robins (it’s best not to ask) have also been transported back in time, so they band together with a Bat-clan of ninjas to help Batman take down The Joker and return them all to present-day Gotham City.

First things first, the animation is simply astounding. Not only is it breathtakingly beautiful to look at (it’s one of those “you can imagine every frame as a print on your wall” type deals), but the level of detail is also extraordinary, enhancing everything from the surrounding foliage to the lines on the characters’ faces. The film also uses different styles for different parts of the film, so an interlude involving the apparent fates of The Joker and Harley Quinn (Tara Strong) is rendered in a gorgeous, hand-painted style that recalls 2013’s The Tale of Princess Kaguya.

On top of that, the film puts its own Japanese spin on Batman’s rogues gallery, with inventive character designs by Takashi Okazaki (creator of Afro Samurai). The design of The Joker (here styling himself Lord Joker) is particularly impressive, while Catwoman gets a decidedly more risque look than viewers are probably used to, and there are also some laugh-out-loud touches, such as Bane being reimagined as a giant Sumo wrestler. Sumo Bane! Amazing.

The anime style also pays off in the fight sequences, which take their cues from the likes of Crouching Tiger, Hidden Dragon and various samurai movies, using a thrilling combination of slow-motion, followed by swiftly slashing swords. (The various Robins really come into their own in this department.)

Where the film scores especially highly is in its commitment to full-on craziness. It’s weird enough to discover that Lord Joker has a giant robot castle, but it turns out that all the other villains have mobile robot castles too and the ensuing battle has to be seen to be believed, even if at one point it threatens to turn into a Transformers movie. This is also a film that thinks nothing of tossing in the line “It’s weird, but Robin’s made friends with this monkey” and then having an army of monkeys bind together to make a giant fighting monkey, while Robin plays the Adam West Batman theme on a flute.

On top of that, there are tonnes of lovely little moments and details, from Gorilla Grodd taking a moment to enjoy a hot spring to Alfred’s discreet topknot and Bruce’s bat-shaped tonsure when he disguises himself as a monk.

The voice work in the American dub is something of a mixed bag. There’s great work from DC animation regulars, such as Tara Strong, Fred Tatasciore and Grey Griffin, while Tony Hale gives a wildly entertaining performance as The Joker that would do even the great Mark Hamill proud, but Roger Craig Smith is rather flat and dull as Batman, defaulting to a standard gruff voice, rather than putting any personality into it.

Plot-wise, the story makes no sense at all from moment to moment and settles for just doing one cool thing after another and hoping for the best. Thankfully, that more or less pays off, as there are moments here that are utterly delightful and unlike anything else in the DC Universe.

Two final things to note: firstly, there’s an amusing mid-credits sting, if you like that sort of thing, and secondly, both the American dubbed version and the Japanese subtitled version are currently available on Netflix.

Batman Ninja is available on Netflix UK, as part of an £8.99 monthly subscription.

Where can I buy or rent Batman Ninja online in the UK?

Superhero Sundays: The Best of Batman: The Brave and the Bold Season 1... January 20, 2019 | Matthew Turner 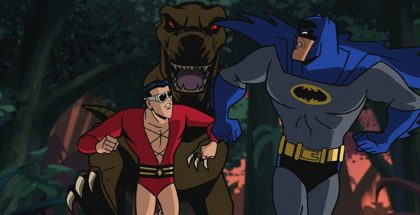 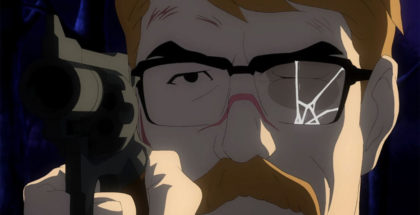 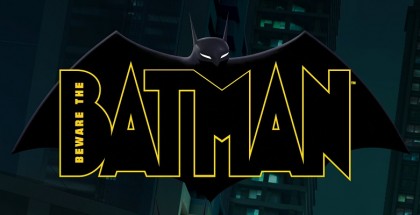