With HBO’s The Tale and Amazon Studios’ Generation Wealth premiering in the UK at Sundance London, we head to the UK capital to check out some of the latest indie titles to come out of Utah’s annual indie festival. 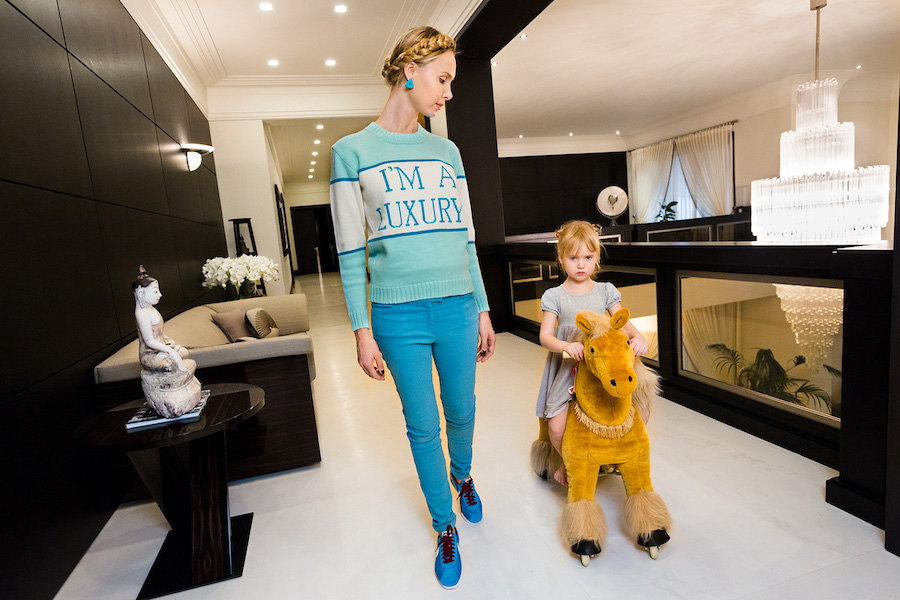 With The Queen of Versailles, Lauren Greenfield cemented her position as a filmmaker with an astute understanding of our greed-filled modern culture. Generation Wealth steps back to look at her 25 years of similar work and ties them all together with a similar thread. It’s part personal retrospective and part film essay, a meditation on the way that the world has changed in the last quarter of a century, but also how money, commercialisation, commodification and materialism have seeped into every aspect of our lives, from gender and body image to work-life balance and social inequality. Status and superficial value trump self-worth and emotional wealth every time, the film argues, and the archive footage is there to prove it, not just in the rise of a reality TV star President but also in the everyday lives of the teenagers who grew up in a nearby school, in the family of the former hedge fund manager Greenfield once interviewing, and in the struggle of models and party hosts who both chase and reinforce the notion that having money is everything. It’s a massive canvas on which Greenfield paints, and not every brush stroke has the greatest clarity, but the occasionally wayward structure allows for a wide-reaching portrait of privilege and aspiration – a provocative, compelling and cautionary tale that will leave you asking big questions about both society and your own life.

Amazon Studios’ Generation Wealth will be released in UK cinemas by Dogwoof in July 2018, and released on Amazon Prime Video from 15th November 2018.

The horror film has enjoyed something of a renaissance in recent years, to the point where people have even started labelling films as “anti-horror” or “non-horror” to cope with the sheer diversity of scary, tense or chilling stories on offer. Hereditary is all three at once, with a side order of terrifying, weird and traumatic to boot. It will leave no doubt in anyone’s mind: this is a horror film through and through, and it ain’t apologising to anyone about it.

It follows the Graham family, a tightly knit clan of dysfunctional, detached individuals, whose already frayed bonds start to break following the death of their reclusive grandmother. Something of a matriarch, her shadow looms large, a shadow that extends from the attic all the way down to the depths of the occult – and the lingering sense of the supernatural beneath everyday family life is superbly wrangled by Ari Aster, who twists everyone so out of sorts with grief that you can’t tell what’s unnatural and what’s caused by the Grahams’ own unravelling. Milly Shapiro, who played Matilda on Broadway, is hauntingly eerie as the family’s youngest, while Alex Wolff’s older brother stares into the distance with an intensity that leaves you peeking through your fingers. It’s Toni Colette, though, who steals the show, as her mourning, repressed artist goes to ever-extreme lengths to work out what’s going on and how to move their family past it. The result is a brilliantly acted family drama and a horribly tragic 90 minutes – and then things really start to go weird.

Haunting, unbearably tense and dripping with emotional dread, this is a powerhouse of genre film-making that will leave you cowering in the corner with the lights on for weeks. Blimey.

Hereditary will be released in UK cinemas on Friday 15th June. 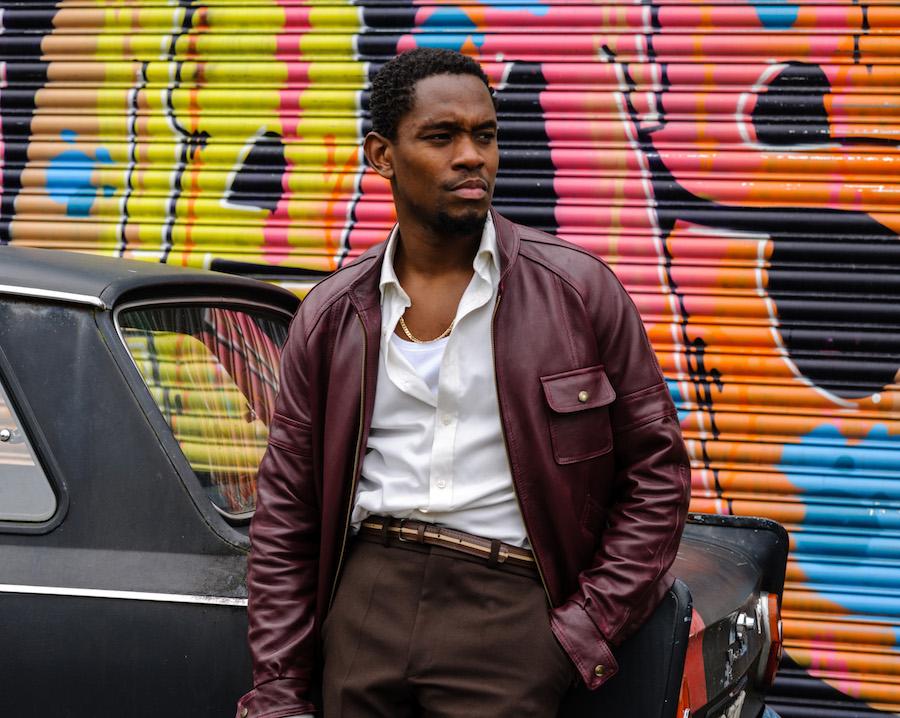 Idris Elba is a man who needs no introduction – the kind of actor you can recognise from just his shadow. He steps behind the camera for Yardie, his directorial debut, and it’s a commendable first effort, albeit one that’s missing the clout usually associated with his presence on-screen. Yardie whisks us back to the 1970s, when D heads from Jamaica to London – sent there to ship some drugs by music producer King Fox (Sheldon Shepherd), after D causes trouble seeking revenge for his murdered brother, Jerry. The result is a drama fuelled by gangland warfare as much as personal grief and redemption – and there’s a whole lot of interesting questions thrown up, particularly in 2018, about the internal and external struggle to claim a sense of identity in another country. That, however, doesn’t always translate into the most coherent or compelling story, with Yardie not always managing to maintain momentum for its uneven 100 minutes. Elba, though, steeps the whole affair in style, from the brightly coloured period costumes and backdrops to the vibrant community culture effectively represented by the thumping soundtrack. If the script lacks the substance to go with its cool, Elba at the very least announces himself an adept actor’s director: he coaxes a remarkably good performance from Aml Ameen as D, and allows us to enjoy Stephen Graham going hell for leather as an unhinged East End gangster, Rico. It’s far from City of God, but there’s enough here to make you intrigued to see whatever Elba makes next.

Yardie will be released in UK cinemas by StudioCanal, and will later be availale on Amazon Prime Video.

Every now and then, a piece of independent film comes out of nowhere to blow you entirely away. Skate Kitchen is one of them. Documentarian Crystal Moselle, who previously directed the fascinating The Wolfpack, here turns her hand to narrative fiction, not that you’d know it: it’s testament to just how well written and authentic this drama is that you could swear you were watching a documentary. It follows a group of New York girl skateboarders, who become the friends of Long Islander Camille, after an injury leaves her banned from skateboarding by her mother – and sneaking out to the city to get her wheels on without being found out. Moselle spent a year getting to know the non-professional performers we see on screen, and the result is a script that crackles with genuine dialogue and sincere friendship – a vivid, moving, visceral portrait of youth that grabs you by the heart and whisks you down the street. Shot with stunning handhelds and on-board tracking shots that weave together gob-smacking skating tricks, this is a gorgeous, fresh and honest piece of cinema that poetically captures the thrill and pain of growing up, and earnestly celebrates the importance of support and self-discovery, as we watch a group of complex women making their own mark in a traditionally male culture. A coming-of-age movie that has timeless written all over it, this slice of cinema is valid.

Skate Kitchen will be released in UK cinemas in 2018 by Modern Films.

What do you do as a female film-maker struggling to get anywhere in an inherently sexist movie industry? Make a film about the gender bias in Hollywood. That’s the powerfully simple logic behind Half the Picture, a documentary that shines a light on the ongoing discrimination against women in showbiz. In the wake of the #MeToo movement, some people might find it easy to think that gender inequality has already been discussed enough, but those people are exactly the ones who need to see this movie.

First-time director Amy Adrion does a fantastic job of securing access to some of the best female directors around, and they all have insightful, informative, entertaining things to say, examining the stereotypes and presumptions that lead to women being dismissed at Hollywood’s top tables – and, most damaging of all, to women dismissing themselves. It’s not just a question of a few examples of unfair treatment, but an endemic, widespread problem that shouldn’t be understated until it’s finally resolved: how else can someone explain that there has been just one Oscar-winning female director in the history of The Academy? For those nodding at the familiar statistics, these heartfelt interviews bring home the human stakes of this institutional inequality once and for all, highlighting the double standards that are still in practice, and the ways that the industry tries to convince people that it’s tackling the issue, when really it’s side-stepping it.

From sexual harassment to not including women in shortlists when they have more than enough experience (the barrier to getting that experience is even worse), this rallying call to end this now is an important must-see for anyone who cares about cinema, society or the way that stories shape reality for generations to come. Culminating in an inspiring end credits sequence that lists every female director you could think of, this is urgent proof that things need to change, and a powerful tribute to all the heroes out there holding their own behind a camera, from Ava Duvernay to Gina Prince-Bythewood, and helping others to do so too.

As each subject wittily drives the point home, Adrion occasionally zooms out to show her own crew, made up entirely of female talent. It’s an effective reminder of the powerfully simple solution to the problem: Hire. More. Female. Directors.

Are you a female critic in the UK looking for paid work writing about film? We want your voice to be part of our team. Get in touch on writing[AT]vodzilla.co.

Get your ass to Mars this May for Netflix’s new documentary... April 1, 2017 | Staff Reporter