Sky UK TV review: Fungus the Bogeyman (2015) | Where to watch online in UK | How to stream legally | When it is available on digital | VODzilla.co 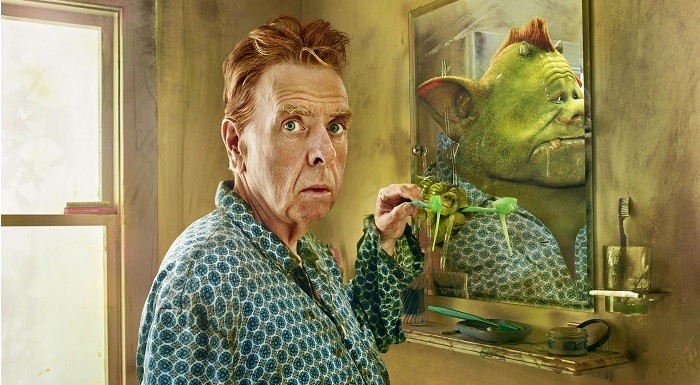 It's the humans, not the monsters, that make this family tale enjoyably grotesque.

What do Where the Wild Things Are, Horton Hears a Who and Brokeback Mountain have in common? They’re all based on short books. More specifically, they all understand the art of expanding a short book to fill the big screen. Fungus the Bogeyman, Sky 1’s adaptation of Raymond Briggs’ picture book for the Christmas TV schedule, spans three parts – or, in their words, “three farts” – which means it’s longer than all of them. Size, though, isn’t everything.

Fungus the Bogeyman, for the uninitiated, is one of many Bogeys who live underground, a place where filth is good and hygiene is bad. It’s the kind of world that can really come to life on camera and the production designers go to town, piling on the green colours and rotten vegetables: at least half the budget, you suspect, went on slime. The problem is that Briggs’ book didn’t do much other than give us a glimpse of that world – and if you’re making a three-hour TV series, you need a story to go with the snot.

Tom MacRae, who has scripted several episodes of Doctor Who in his time, is an excellent choice for the job, taking every detail off the page and using it to build a narrative: Fungus’ son, Mould, we discover, is “Dry-curious”, and secretly would like to live above ground with the “Dry Cleaners” (humans) in their nice-smelling, well-swept homes. Fungus (Timothy Spall) and his drearsome wife, Mildew (Joanna Scanlan), are naturally repulsed by the idea and, when he runs away, follow him Up Top.

Events, though, get off to a slow start, as we’re given a tour of Bogeyland and treated to a parade of repetitive puns – “sweetheart” becomes “sourheart” and so on. You suspect it’s to give the special effects team a chance to show off: using performance capture techniques, the likes of which would normally be seen on Lord of the Rings (Imaginarium, Andy Serkis’ company, are the ones behind the tech), no expense is spared in crafting CGI monster heads with dripping noses and disjointed teeth. The result, though, never quite convinces, feeling more artificial than eerie: there’s surprisingly little expression on those green faces.

It’s telling that the series only kicks into gear when we relocate Up Top and Timothy Spall and Joanna Scanlan get the chance to act with more than just their voices. Their facial expressions, on the other hand, couldn’t be more varied: Scanlan looks perpetually surprised and gormless, while Spall is the very picture of fascination and repulsion, his eyes bulging at every new discovery and his nose twitching at every new odour. They play well against their normal neighbours (Keeley Hawes and Marc Warren), with Warren seizing the rare opportunity for him to play the straight man.

The show is mostly stolen, however, by Victoria Wood as Eve, a calculating inventor with a secret past and a plan to use Fungus’ son for her own nefarious plans. When she’s facing off with Spall, Fungus the Bogeyman really finds its oddball stench, as director Catherine Morshead neatly blends the live action with the animated effects – something that benefits a cute subplot involving Mould and the young human girl living next door. By the time we head back down below, though, that funk starts to fade. Fortunately, the majority of action unfolds Up Top – and that’s enough to keep Fungus the Bogeyman enjoyably foul, even if it’s not the slime that does it. 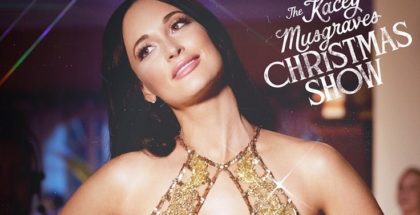