VOD short film review: The Muse | VODzilla.co | Where to watch online in UK

A provocative drama about art and emotion, The Muse is a powerful showcase for a brilliant Ben Whishaw.

There’s something about Ben Whishaw that makes him fascinating to watch.

A veteran of the stage, his mellifluous vocals have enchanted on screen for years, whether that’s the clipped delivery of 007’s Q, the naive excitement of Paddington, or the emotional poetry of John Keats. But his physical presence is equally commanding – not that you’d realise it. A performer of small gestures, he’s so frail you could crumble him over baked apple and serve him with custard.

There’s a power to that subtlety and it comes across best, perhaps, in his short film work. Last year, Beat – released on VOD through We Are Colony – asked audiences to watch him dance through East London without saying a word. Today, We Are Colony releases his latest short, The Muse, which is an equally affecting movie about the silent act of looking.

Whishaw plays Edward, an artist returning to the scene of an all-consuming work. The project in question begins as a mystery, as we glimpse an old water tank in the garden of a country estate; an empty container hemmed in by cameras. This, we eventually discover, is where he kept no ordinary muse: it was the home of a mermaid he photographed over and over.

It’s a unique take on the old fairy tale, but one that feels more real than fantasy; from the creaking metal box to the disarray of his workshop, director Tim Walker’s production has a grubby, tangible edge that unsettles as much as it intrigues. The world is laced with darkness – we see glimpses of him picking up the chains that were presumably used at some point – but sadness too.

Shots of Kristen McMenamy’s fish-legged femme, communicating with Edward through the glass, are filled with longing and love – a wordless jumble of physical gyrations and intense eye contact. Ben’s artist, tellingly, remembers his subject through film itself; he watches back footage of her on battered reels, beamed onto the walls inside his workshop. It’s a study of perspective – a male director seeing a loved one refracted through his lens – but also of distance. The camera captures the transparent surfaces separating the pair through dazzling prisms, as we see Edward interact with a projection of a picture of a person trapped behind a glass wall.

Between the reflections and, at one point, a song played on vinyl, Ben’s tortured soul expresses all this through his body; the only dialogue we hear is a voice over, recounting the legend that a mermaid can grow legs, if a human falls in love with her.

It’s a tragic, earnest role, one that feels like a perfect fit for the actor – it’s no surprise to learn that Walker and co-writers Mia Bays and Simone Glover scripted it specifically for him. His performance is devastating, full of tiny glances and quiet strokes of a hand against a screen. From the opening shots of him walking through a deserted field, James Henry’s cinematography complements that sense of defeated emptiness.

The idea of the muse has rung through art and cinema for decades, from magicians submerging their trussed-up assistants to Woody Allen’s chain of female protagonists. If an object can inspire such strong, otherworldly emotions, what happens to the artist, the ambiguous movie questions, when this mythical figure is no longer there? Hours after gazing at this sea creature forever caught beneath the surface of the water, though, you begin to wonder: what if this muse isn’t a mermaid at all?

“She asked for nothing, except that I saw her,” Edward laments.

Provocative and powerful, The Muse is an entrancing film about being entranced. It asks lots of things – and leaves you impatient to see whatever Ben does next.

The Muse is available to watch online from 1pm on Friday 17th April on Wearecolony.com. 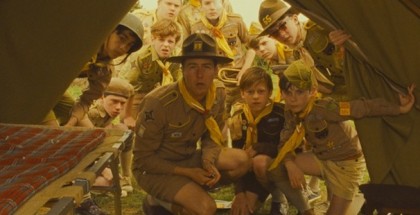