With Shooter back for Season 2 on Netflix, is it worth catching up? We take a spoiler-free look at the opening episodes. Read our review of Season 1 here.

Shooter was one of last year’s more unexpected TV offerings: a series based on a little-remembered Mark Wahlberg thriller about a gun-toting hero, at a time when gun violence has rarely seemed more prolific, political and polarising. Ryan Philippe, though, made the unlikely premise entertaining, fighting against a convoluted script and a lot of padding to sell the tale of a father trying to protect his family. The strong finale reinforced what worked about the series and what didn’t – and Season 2 builds upon those lessons with surprisingly sharp precision.

After seeing Bob Lee Swagger (Philippe) take on the government to clear his name, following his old chief officer Isaac Johnson (Omar Epps) framing him for an assassination attempt, Season 2 picks up with Bob Lee Swagger reuniting with Marines Unit 8113 to pay tribute to one of their number – only for things to go violently wrong. Ambushed by mysterious attackers, Bob Lee takes it upon himself to find out who’s hunting down and bumping off his crew.

Another play upon hunter and hunted? Shooter Season 2 might sound like more of the same, but the scale is already much bigger, jumping from the USA to Germany to Bangkok in its opening episodes. That pays off handsomely, giving the show’s universe much more substance, not to mention more screentime to the two strongest supporting characters: Epps’ Johnson and Cynthia Addai-Robinson’s FBI agent, Nadine Memphis.

Naturally, they all end up crossing paths to some degree, with Johnson and Swagger having to consider teaming up to defend the group. The conspiracy behind their hunters is, perhaps inevitably, traceable up the US chain of command, as a stash of drugs found in Afghanistan comes back to bite them all in the proverbial, but our immediate threat takes the shape of – you guessed it – a sharp shooter.

That’s Solotov, a Chechen sniper, who’s played with fantastically chilling composure by Josh Stewart. Turning up at crucial moments with an eye down his sight, he’s a formiddable opponent – and the show is smart enough to follow him as well as Bob Lee, so when our hero’s heading into an ambush, we already know it. It’s those little touches that tighten up the tension for Shooter’s second round, which has a much better handle on how to balance its characters and its action.

The pacing, from the off, is enjoyably quick, balancing flashbacks to work out why Bob Lee’s Unit is in the crosshairs with present day investigation – while simultaneously helping to flesh out both Bob Lee and Johnson. Philippe is as rugged and likeable as ever, becoming more than just a token man-on-the-run, while Epps’ reluctant return to the field makes for an intriguing complex foil. Season 1’s biggest strength was its sense of family, and Shooter doesn’t skimp on that either, with The Flash’s Shantel VanSanten as Bob Lee’s wife getting the opportunity to highlight the lingering trauma violence can have upon a family – scenes between her and her daughter are as well observed and sweet as ever.

The result is a leaner and meaner sequel, which manages to jettison the superfluous plot twists while stepping up its global conspiracy – a sophomore outing that’s simultaneously stripped-down and scaled-up. Whether it can continue that momentum and balance for a full season is yet to be seen, but with a shorter run of eight episodes, down from 10, Shooter Season 2 may hit its target dead on. If Season 1 was a surprising commission, Season 2 may be an even bigger surprise: a solid improvement into a thriller that’s more than just a guilty pleasure.

Shooter Season 2 is available on Netflix UK, as part of £7.49 monthly subscription, with new episodes arriving every Wednesday, within 24 hours of their US broadcast.

Disney ditches Netflix US to start its own streaming service 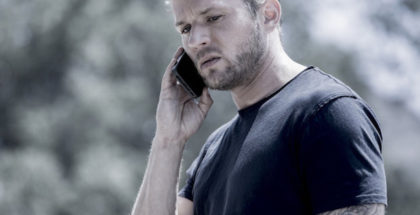