Netflix UK TV review: Homeland Season 4 | Where to watch online in UK | How to stream legally | When it is available on digital | VODzilla.co

Before Season 5 begins on Channel 4 on Sunday 11th October, we catch up with Homeland Season 4 – and where to watch it online.

Is there a TV show more unevenly brilliant than Homeland? Season 4 of the show is the best the Showtime series has been since Season 1. Not that you’d guess it halfway through. Then again, the CIA thriller has always excelled at surprising its audience.

Too often, Homeland’s surprise has been how disappointing it is: after the cracking premise of Season 1, which paralleled the country’s uncertain security state with agent Carrie Mathison’s (Claire Danes) own mental fragility and love affair with a potential terrorist, the series began relying on its central Carrie-Brody relationship for cliffhangers and melodrama – something that hit peak silliness when Season 3 got caught up in the personal life of Brody’s daughter, Dana.

Season 4, then, posed the most dangerous mission yet: turning the show into something completely different.

It’s a challenge that writers Alex Gansa, Howard Gordon and co. race to meet, going back to basics from the get-go with a classic one-two punch of attacks on civilian locations and moody jazz. Carrie is now station chief in Kabul, where she has earned herself the nickname “The Drone Queen”, thanks to her ruthless efficiency at wiping out enemy targets. But when a warehouse Carrie bombs turns out to be home to a family wedding, things go wrong. Was it bad intel? What will the relatives and local citizens do? And, equally worrying for the folks back home, what will the media say?

“We’re bullet-proof on this one,” Carrie tells Quinn (Rupert Friend), who is now based in Islamabad. But the shift has already taken place: as Sandy (Corey Stoll), station chief in Pakistan who sourced the warehouse info, goes off radar, it becomes clear that the Americans are now the bad guys. Gone are threats of external terrorist attacks or romantic liaisons. In their place? Murder, guilt and covering up.

No wonder, then, that Saul has escaped from the business: Mandy Patinkin’s veteran is now working in private security, although his beard’s getting withdrawal.

The result is a welcome fresh start for the show, which gives us a whole new world of shady allegiances to explore. Brody? Who needs Brody?

An on-street chase gets things off to a thrilling start – a run of tension that escalates when Saul’s involvement later leads to his own pursuit. All the while, we’re witnessing a more decisive, headstrong Carrie, a leader who doesn’t call her mentor every minute for advice, but also doesn’t think before she takes things to extremes – an entire subplot involving the coaxing of a young survivor of the opening attack, Aayan, makes for incredibly awkward viewing.

If Carrie’s newfound focus is both a blessing and a curse, someone else emerged as the show’s MVP: Quinn. The tortured agent gets more screen-time than ever before, as the trained killing machine takes a breather to configure his moral compass. Friend is fantastic, part Jack Baeur and part post-traumatic stress disorder, burning up the screen with the combustible presence of a land mine. Even the positioning of him as potential love interest for Carrie is convincing, as their unexpected (and unexpectedly natural) pairing rediscover’s the programme’s knack for combining intimate feelings with international relations – diplomatic killings carry the more worrying threat of character assassination. Overshadowed by shady boss Dar Adal (the terrifically blunt F. Murray Abraham), Season 4 presents each personal bond as a question of trust, and each professional agreement as a potential Faustian pact.

As corruption threatens to dismantle our leads’ integrity, Season 4 slips from smart conversations into a low-key finale that sees Carrie reconnecting with her life outside of the agency. Family revelations that could seem contrived – let’s not forget how badly handled Brody’s family was – feel like part of a wider homecoming, after so much of the story has taken place on foreign soil. Does it feel like an anti-climax? Yes. But that’s part of the show’s DNA: never afraid to mix it up, the series manages to turn its uneven brilliance into an ability to be brilliantly uneven. The oddly underwhelming finale actually allows the show to reset the board for another run with a whisper. Who knew the prospect of a fifth could be so exciting? Now that really is a surprise.

Season 4 of Homeland is available on Netflix UK, as part of a £7.49 monthly subscription.

Where can I buy or rent Homeland Season 4 online in the UK? 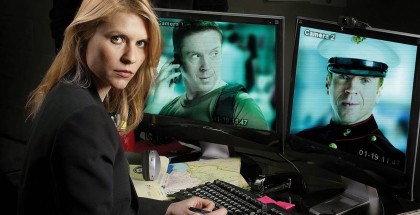 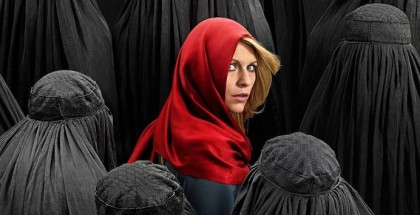 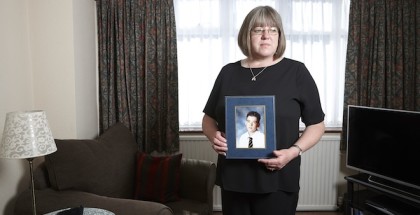