Straight to VOD Thursday: In Your Eyes film review | VODzilla.co | Where to watch online in UK

Straight to VOD Thursday: In Your Eyes film review 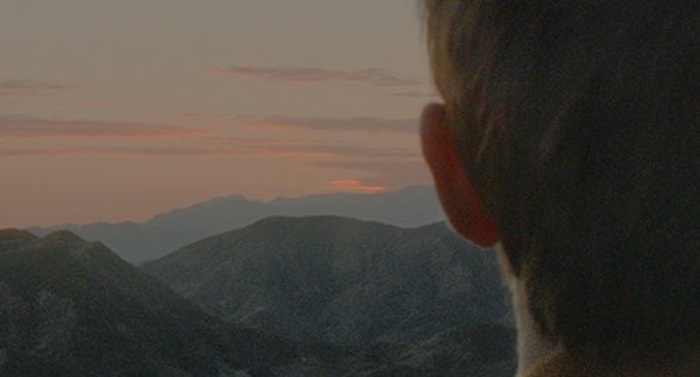 An interesting work whether you're a Whedonite or not.

From direct-to-iTunes indies to bargain bucket sequels, we look at films only available on VOD in the UK. This week, it’s Joss Whedon’s In Your Eyes, just released on Vimeo On Demand.

There are worse ways to come down from the long Easter weekend than to discover that Joss Whedon has gone and released a new film. Moments after its world premiere at the Tribeca Film Festival, Whedon announced that his sci-fi romance In Your Eyes could be in your eyes right away, for a $5 rental fee on Vimeo.

It’s a lovely surprise for fans, and intriguing for its marked difference to the last time everyone’s favourite ginger titan of geekdom experimented with online distribution. While Dr. Horrible’s Sing Along Blog had Whedon written all over it, this feels much more out of his comfort zone as a writer.

His tropes are recognisable to geeks and yet his last two projects, released between Avengers movies, have both had scripts that read far from them. Much Ado About Nothing was an exercise in direction, where Shakespeare’s text stayed exactly the same and the adaptation came either visually or through casting. Given that he hasn’t directed this one, In Your Eyes feels a lot more like a writing exercise, which is both a help and a hindrance to the finished film.

It centres around Dylan (Michael Stahl-David) and Rebecca (Zoe Kazan), two people who are inextricably connected by a shared psychic connection. Young Rebecca has a sledging accident and Dylan is knocked out cold, thousands of miles away.

Flash forward to their adulthood: he’s an under-achieving ex-con in New Mexico, and she’s a skittish housewife who lives with her condescending husband (Mark Feuerstein) in New Hampshire. Once the connection between them becomes more obvious, they are able to converse with one another out loud and see and feel whatever the other is experiencing.

Some reviews have described the film as the result of some experiment in an alternate universe, in which slushy romance novelist Nicholas Sparks wrote the script for Spike Jonze’s Her. As reductive as that may sound, the similarities are there on both counts.

Whedon writes better characters than Sparks, though, and thus our leading man is more nuanced than just his troubled past and skills as a handyman, and our leading lady is more complicated than merely being unfulfilled in her relationship. Where his script falls short, however, is in playing things far more earnestly than Her and its unusual, non-physical intimacy.

Jonze not only got away with writing such an unorthodox romance but also turned it into one of the best films of the year – bagging himself an Oscar for Best Original Screenplay in the process – because he didn’t shy away from the tough questions about theHer’s premise. Maybe we just have certain expectations, with the genre-exploding Cabin In The Woods still so fresh in our memories, but In Your Eyes is a fairly straightforward romance, considering who’s behind it.

Is that a bad thing? Not necessarily, but it does feel like the film leaves some interesting possibilities on the table. More annoyingly, the script even plays right into all of the Sparks beats in its final movement, as several of the characters become Flanderised versions of the people we were invested in for the previous 90 minutes and any conflict that physically kept Dylan and Rebecca apart becomes moot.

Having said all of that, we’re not reviewing the film that this isn’t. In all fairness, the film that director Brin Hill has made, even with the tendency towards rather more achingly indie-tracked montages than is entirely sensible, is perfectly watchable.

A big part of that is down to the central performances. Zoe Kazan and Michael Stahl-David each repeat the same feat as Joaquin Phoenix did in the role of Her’s Theodore Twombly: falling in love with a character played by an actor who basically isn’t there.

As relative unknowns, they each add something to the indie-cred of the film too. Kazan proves there’s much more to her than the deliberate cypher she played in her breakout role in Ruby Sparks, and though Stahl-David is perhaps still best known as Rob from Cloverfield, his charming and sympathetic performance leaves you wondering why he hasn’t been seen more since.

In the past, we’ve seen what happens when Whedon’s scripts get away from him during production. Alien: Resurrection is the film that Whedonites would probably like to forget and he’s also copped to the misread “What happens to a toad when it’s struck by lightning?” line from Bryan Singer’s X-Men. This isn’t that, because he’s executive producing (the film’s online release has been made possible through his Bellwether Pictures).

The result is, in many respects, an engaging writing exercise that’s ultimately a bit less exciting in its execution. It’s deliberately low-key – and nobody could drub it purely for its lack of vampires, space cowboys or Hulk – but the real rug-pull might be that it feels more unremarkable than simply grounded.

While some have described Whedon’s directorial style as un-cinematic, there’s no film of his that feels less like it needs to be seen in a cinema than In Your Eyes. That its global release date has turned out as accessible and low-key as the film itself might be the best thing for it.

In Your Eyes is available to watch on Netflix UK, as part of an £8.99 monthly subscription.

For more information, head to http://vimeo.com/ondemand/inyoureyes

Mark Harrison writes over at www.themadprophet.co.uk

Survey: What’s the deal with piracy? 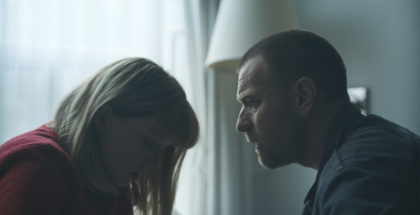