NFK: Mickey's Magical Christmas: Snowed in at the House of Mouse | Where to watch online in UK | How to stream legally | When it is available on digital | VODzilla.co

NFK: Mickey’s Magical Christmas: Snowed in at the House of Mouse 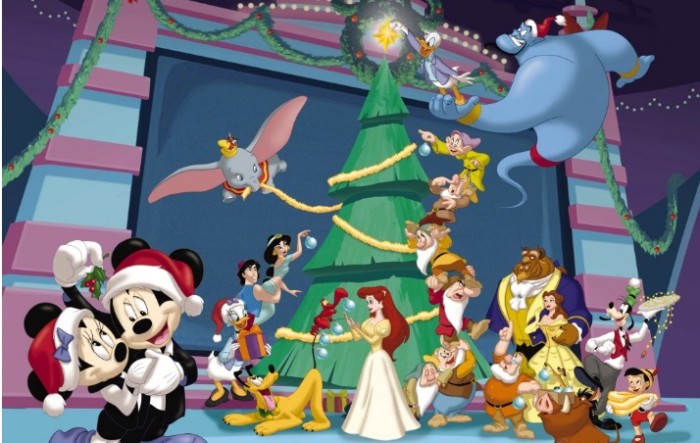 Netflix For Kids, the column where VODzilla.co get a childless adult to sift through the dregs of Netflix’s catalogue for the youngest cinephiles, takes on a festive theme with Mickey’s Magical Christmas.

Cinematic Universes are very much in vogue in the world of Hollywood blockbusters. Ask any fan of superheroes and they’ll tell you that this most recent trend began with Marvel, when Nick Fury turned up after the credits of Iron Man 2. We propose an alternative starting point for this phenomenon: Mickey’s Magical Christmas: Snowed in at the House of Mouse. This curious film is a collection of recycled shorts held together by filler footage of all of Disney’s most famous characters hanging out at Mickey’s pad until a snowstorm outside abates. As such, the film offers the strange sensation of watching Belle from Beauty and the Beast joining a singalong with Aladdin, Pumbaa, and Cinderella. Clearly this means that every Disney film exists in the same universe, connected by the portal between their separate worlds that is Mickey Mouse’s house.

This being Disney, there is a degree to which competency is guaranteed. The shorts, which include a dull take on the Nutcracker, a comical tale from 1952 about Pluto’s Christmas tree and the classic Mickey’s Christmas Carol are all reasonably well animated, as well as sparky, inventive and short enough to keep the kids entertained. Mickey’s Christmas Carol has a lot of in-built affection for it, thanks to the enduring appeal of Dickens’ story and many childhood memories of watching Scrooge McDuck. It doesn’t offer anything new and doesn’t have Michael Caine singing with Kermit, but it’s a short and warm-hearted adaptation. The others are passable, silly and feature an overdose of the worst animated character ever, Donald Duck.

Yet such a format is also undeniably lazy. There’s barely been anything new made for this film, making it about as obviously cheap and cheerful as you can get. Shorts compilations like this always have terrible pacing and vary wildly in quality, which means that the tone is all over the place and it never really coheres into an enjoyable whole. For anyone who has experienced Disney’s package films of the late ‘40s, this will give you traumatic flashbacks to cinematic aberrations such as Fun and Fancy Free, not least because the giant from that turns up as the Ghost of Christmas Present. In fact, no new characters are devised for Mickey’s Christmas Carol: Fezziwig is played by Toad from The Adventures of Ichabod and Mr Toad, while a charity collector is the swiftly forgotten Basil: The Great Mouse Detective.

The strangest aspect of Mickey’s Magical Christmas, however, are the filler segments, which loosely tell the story of trying to get Donald into the Christmas spirit. It’s such a strange idea it almost, almost makes the film worth watching. They managed to get the original voices of Belle, Beast, Pumbaa and Ariel – you know, the voice actors who haven’t had much work since – but these sections are so terribly animated that it begins to hurt. The look of each character is instantly recognisable, but there’s something off in the scratchy, poorly inked drawings. It’s like watching the illustrations from legally suspect, unofficial merchandise come to life: it looks like the Genie, but deep down you know it’s a fake knock-off.

Unfortunately, this then tarnishes the reputations of these legendary characters. Perhaps some people will enjoy watching all their favourite heroes – and really, it is pretty much all of them who turn up at one point or another – hanging out in the Disney Equivalent of Stark Tower. Yet the fleeting novelty of spotting minor characters, like the sorcerer from Fantasia, is entirely undermined by watching them join together in a terribly animated singalong of an ear-punishing final song. Seeing Hades, Hook and Jafar cheerily join in with a chorus about it being the Best Christmas of All is distressing for anyone who once loved their original films; especially when you consider that one of them is the Greek Lord of the Underworld so shouldn’t be singing about Christmas at all.

What would you like the next column to be about? If it’s a kids film’ and it’s on Netflix UK, we want to hear your suggestions below! 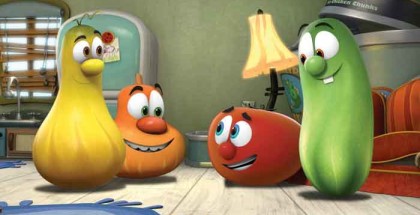 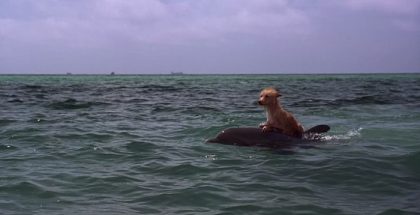 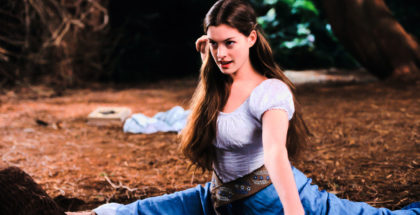 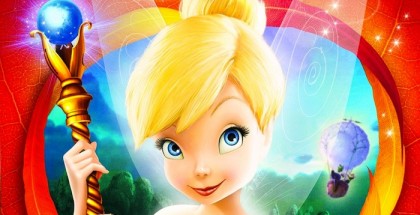