VOD film review: The Last Airbender (2010) | Where to watch online in UK | How to stream legally | When it is available on digital | VODzilla.co

M. Night Shyamalan's adaptation of Avatar is an affront to fans of the original show.

M. Night Shyamalan’s film is an adaptation of Nickelodeon’s show Avatar: The Last Airbender (changed in the UK to the Legend of Aang because of different associations with the word bender). That show lasted for three series and was, quite frankly, the best TV series for children ever. It’s set in a world where people can control one of the four elements by “bending” them. The fire nation are the angry types – they’ve wiped out the entire air nation and are slowly taking over the rest of the world. The Avatar is the figure who can control all four elements and, in turn, should keep the world balanced. In this case, it’s Aang, who hangs out with his friends, Katara (a waterbender) and Sokka (her non-bending brother).

The series was an engaging journey narrative, as Aang, a 12 year old, made friends with people from every nation and slowly trained himself in each of the elements, so he could beat the evil fire lord. It beautifully combined daft humour with affecting character beats and often-astonishing action sequences, as earth, fire, air and water flew in balletic arcs around the screen. It was also surprisingly nuanced, allowing for moral grey areas and exploring weighty themes of how to resist and still be peaceful. It made you seriously care about the characters and it was consistently entertaining. (This writer has watched it from start to finish three times.)

M. Night Shyamalan’s film is none of those things.

In fact, it’s not even close to any of those things. In the interest of balance, here are the positives: in one or two shots, the world looks convincing; Dev Patel is really trying, bless him; the costumes are decent; um, the huh…

It all went wrong with the casting, in many, many ways. The most obvious issue is that the three leads are all white, yet they clearly exist in non-white cultures. In the series, the water nation was inspired by the indigenous communities of Canada and Alaska, while the air nation drew on Buddhist influences from south east Asia. Here, the protagonists from these nations are played by the none-more-white Nicola Peltz, Jackson Rathbone and Noah Ringer. Admittedly, the fire nation characters (the bad guys) are played by non-white characters, but still missing the mark of the Chinese aesthetic of the nation in the series. Honestly, having the only non-white characters as the bad guys is old-school Hollywood racial bias.

Now, any slim justification you may find for such casting would be in the calibre of the actors but that defence can hardly be played here. Worst of the bunch is Ringer as Aang. He was cast for his martial arts ability, yet somehow he makes it through the entire film without a single successful line delivery. Peltz (later to appear in Transformers: Whatever of Whatever) and Rathbone (of Twilight fame) are marginally better, but these are infinitesimal margins here. Everyone is roundly terrible and the line reading will make you want your ears to drop off, Brundlefly-style.

It doesn’t help that the script they are working with could be the worst in a widely released 21st-century film. It actually has characters spelling out the plot, then saying “Should we try it?” before the equally gripping response: “Yes. We should.” Scenes of exposition follows scenes of exposition, none of which will make a lick of sense to anyone who hasn’t seen the show. There may have been one joke at the start of the film, it’s hard to tell.

The biggest problem, however, is that the narrative is just so limp. It takes the barest bones of the plot and tries to make them form a structure, using a flat voiceover as the binding. So, they jump from finding the Avatar to suddenly committing their lives to travelling with him to liberating the earth tribes and then all of a sudden there is a big fight in the northern water tribe. It’s so flimsy, one waft from Aang’s staff and the whole thing would fall apart. There are no comedy secondary characters, no time spent getting to know the trio, just perfunctory ticking off plot beats, before trying to set up a sequel that will never come.

Even the action is disappointing. They get firebending totally wrong, while there are no huge showdowns between powerful fighters from any side. One character gets fire wings at one point, but everyone just runs away. Aang dances, twirls and strikes elaborately; the result is just a fart-strength gust of wind. In the series, these are immaculately choreographed, dynamically executed sequences. Here, they are stakes-free and flaccid. The last big fight has some impressive slow-mo moments, but it is too little, too late. Most people will already hate the film with an unholy passion by that point.

The Last Airbender is available on Netflix UK, as part of an £9.99 monthly subscription.

Where can I buy or rent The Last Airbender online in the UK? 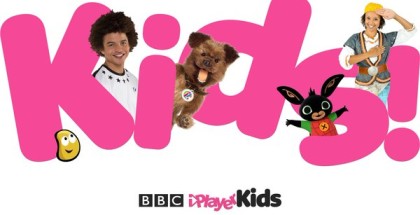