Netflix UK TV review: Chef's Table: France | Where to watch online in UK | How to stream legally | When it is available on digital | VODzilla.co

Netflix's mouth-wateringly good documentary series should come with a warning for your waistline.

Food is art. If you don’t agree with that, you haven’t seen Chef’s Table. Netflix’s documentary series is a mouth-watering profile of some of the world’s top chefs, not just looking at what they cook but also why they cook it. The result should come with a warning for your waistline.

After two seasons of tummy-rumbling brilliance, the programme has returned for a third season – a spin-off, to some degree, that spends four episodes focusing solely on French cuisine. This mini-series, or petit dejeuner follows the same recipe as the first two courses, giving us an insight into the inspiration behind some truly mind-boggling dishes. That might be a disappointment in any other show’s hands, but Chef’s Table simply goes from strength to appetising strength.

Part of that stems from the presentation, which remains as stunning as ever, from Max Richter’s sumptuous reworking of Vivaldi’s Four Seasons to the gorgeous visuals, which combine everything from slow-motion flourishes to time-lapse montages in a bravura display of editing and cinematography; Game of Thrones might get all the technical attention and awards, but Chef’s Table is one of the best-looking shows on TV.

But the secret remains the show’s ability to pick the perfect ingredients to play with: people whose hunger to innovate and leave their mark drives them to achieve quietly astounding things. Our tour of France begins with Alain Passard, who founded L’Arpege. The programme’s previous subjects have often been boisterous or fast-talking. Passard is the polar opposite, proving quiet and thoughtful, but no less charismatic.

“At 14 years old I decided I wanted to be a chef,” he explains, with a smiling simplicity. “I have never changed my mind.”

That determination is mixed with a passion for artistic expression – he talks of watching his mother cook and perfecting “the gesture” of a skilled chef. That might sound pretentious, but his soft French accent and sincere intonations make for a fascinating, calm presence, one that masks a mischevious, eccentric outlook; after years of making a name (and earning several Michelin stars) with L’Arpege’s meat-driven menu, he suddenly grew bored and instead turned the restaurant into a vegetarian’s paradise. New crops are now grown every day out back, with recipes made up on the day, depending on the harvest.

“I had never really talked to a carrot,” he observes of getting to know a whole new set of foods.

That intricate attention to detail is shared by Alexandre Couillon of La Marine, who is fuelled by a desire to learn new ways to handle seafood – a trip to Japan sees him discover the Ikejime technique to kill fish for sushi, giving his cooked dishes a new, unique flavour. He, like Alain, was undergoing a career crisis, planning to quit the kitchen altogether, until La Marine suddenly earned a Michelin star.

Those ups and downs give the show a hefty serving of human interest, an essential component to its bewitching taste, but it’s the deft mixing of this with the food porn and interesting facts – slicing a chalot, apparently, can be done in 27 different ways – that really makes for something delectable. There’s a remarkable truth at the heart of cooking, an edible alchemy that can be unlocked, should the right things be thrown together in the right way at just the right time. Chef’s Table has mastered the knack of conveying that process on-screen – and this French morsel is a dainty reminder that this magic is being carried out around the world every day. The results? Apple pie, but made up of tiny rosettes of shaved apple and pastry. Fish, but whiter than you’ve ever seen. A roasted duck and chicken stitched together into a grotesquely mesmerising Frankenstein’s monster. It’s art. And you’ll want to gobble up all of it.

Chef’s Table: France are available on Netflix UK, as part of an £9.99 monthly subscription. 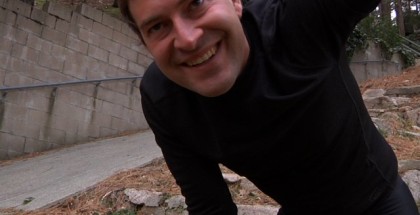