Netflix UK First Look TV review: Unbreakable Kimmy Schmidt | Where to watch online in UK | How to stream legally | When it is available on digital | VODzilla.co

Tina Fey is back and on fine form.

Tina Fey has a lot to live up to with Unbreakable Kimmy Schmidt. Anyone who created something as hysterical, winning, wonderful and effortlessly re-watchable as 30 Rock – one of the greatest sitcoms ever – would have to think long and hard before diving into another show. The characters, the story and the world would have to be right, in the same voice but not treading the same path, and Unbreakable Kimmy Schmidt is just that.

Ellie Kemper (The Office) plays Kimmy, a positive, naive young woman in the middle of America’s greatest skyscraper collection, New York, after being rescued from a Doomsday cult she was kidnapped into. While her fellow captives travel back to Indiana, Kimmy wants to break out now she has escaped, and with new landlord Lillian (Carol Kane) and roommate Titus (Tituss Burgess) she’s going to have a new, happier life.

Between home and her non-specific job working for Jane Krakowski’s Jacqueline, a rich woman who is essentially Jenna Maroney with children in her house, Kimmy tries to start a new life without the stigma of being a former captive. Love, friendship, ambition, plastic surgery… Kimmy swerves through hurdles, keeping her sunny disposition no matter what New York throws at her. It’s this constant, breezy hope that keeps the show going when it gets into some really silly places, places that would see many protagonists take a breather to work out what is going on. The free-spirited silliness heightens the show and keeps us surprised as the episodes wear on, from a subplot about a second Spider-Man musical – directed by Myron Affleck, the Kevin Grisham of the Schmidt universe – to a potential suitor, who may or may not have done some terrible things back in the war. That really old war with Germans in it.

Fey and co-creator Robert Carlock find that gold 30 Rock constantly mined and excavate great ideas through this show’s different worldview. More Kenneth Ellen Parcel than Liz Lemon, it puts New York, Tina Fey’s comedy and Ellie Kemper’s ability to play this style of character into a wonderful blender that creates something both fresh and comfortably nostalgic.

Much like Fey’s previous series, Kimmy Schmidt brings in some really neat guest stars, not just to be guest stars but to add bizarre characters to the world’s rich tapestry; Horatio Sanz as an annoyed mariachi band leader, Richard Kind as a mature student high school teacher with a really bad lesson plan, and one particular cameo as a plastic surgeon that would be mean to spoil, but hits the kind of comedy levels that cement the show into nerd fandom immediately. It’s great to see people lining up to goof around. That we get to see them do it so well is glorious.

While no episode in the show’s first six hit the peaks of 30 Rock, if Schmidt gets to continue past Season 1, there’s all the chance in the world that it could evolve into the show 30 Rock became by its second and third seasons; a silly, lovely, hysterical, witty, bright, wonderful, slightly cynical sitcom. Unbreakable Kimmy Schmidt has a plethora of great jokes in every episode, many, many quotable lines, great characters who interact enjoyably together, nice takes on what might be simple sitcom premises, an underlying darkness that isn’t pressed too much but keeps the audience invested, and an Ellie Kemper who really hasn’t been as good as this before. This is her role, her show, and she more than takes up the mantle. Unbreakable? Yes. Unbeatable? Maybe. Unbelievably entertaining? Darn tootin’.

Unbreakable Kimmy Schmidt is available to watch on Netflix UK, as part of an £9.99 monthly subscription. 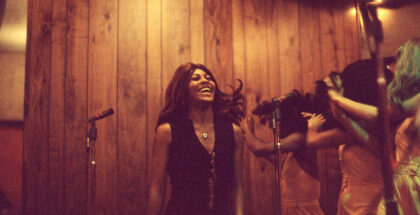 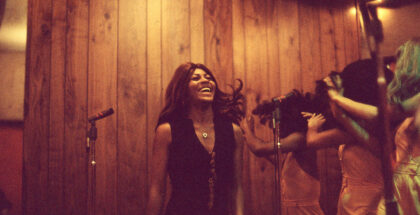