Netflix UK TV review: The Irregulars | VODzilla.co | Where to watch online in UK | How to stream

Sherlock Holmes, that ever-popular paragon of reason, has often proven ironically irresistible to writers of supernatural fiction. Arthur Conan Doyle himself realised the appeal of this harsh juxtaposition and exploited it to some effect in a few of the original Holmes stories. But where The Hound of the Baskervilles is eventually explained away as something within the realms of scientific sense, lots of the off-canon Holmes stories do let magic have its way.

And so it is with The Irregulars, the new Netflix series that takes its inspiration from Holmes’ habit of using street urchins as agents for intelligence. In Tom Bidwell’s concept, it’s Doctor John Watson who recruits a bunch of Victorian London’s young poor and puts them to work investigating paranormal oddities, seemingly in the absence of the great detective. But where is Holmes? And why does Watson want this ragtag lot to lend a hand?

The answers to both questions are major plot points. The structure of The Irregulars sees a lot of motivations held back and kept secret until later episodes where they become key reveals. They are not, however, twists. Everything proceeds in a largely linear fashion and, for stalwart viewers of mysteries especially, there’s no real chance of a rug-pull that will knock you off your feet.

Instead, the shape of this show is more powerfully governed by its characters, putting them through the kind of emotional obstacle courses we know from YA fiction. For the most part, this means putative romances, hotly charged rivalries and deep-seated family trouble. It’s a good recipe – and one that has been applied in a strikingly similar way in the recent CW adaptation of Nancy Drew, another teen-centred show that has injected curses, ghouls and dark magic into a classic detective story recipe.

Unfortunately, some of the character threads eventually get knotted into something overly trope-y, even a tad hackneyed, but The Irregulars’ dedication to making its stories revolve around the characters and their emotional arcs is certainly welcome.

There’s an ensemble of young leads here but, truthfully, the leader of the gang and deserved focus of audience attention is Bea (Thaddea Graham), tough, determined, and especially protective of her younger sister Jessie (Darci Shaw). Living rough after years in the workhouse, everything Bea does now is part of her commitment to caring for her vulnerable, troubled sister. Jessie has visions, which the show reveals quickly to be the product of telepathic powers, not mere delusions or psychological symptoms of any kind – although they do, to the scripts’ credit, carry some emotional weight from time to time and affect the character significantly.

The other members of the group include Spike (McKell David), who gets to use his wits and smarts much more than the rest of the characters and therefore comes out as favourite, Billy (Jojo Macari), who is tough and a little jealous, and Leopold (Harrison Osterfield), the target of that jealousy.

At first the Irregulars are charged with tackling magic-of-the-week cases, the sort of stories you’d find if you opened the X-Files and found them stuffed with penny dreadfuls. Sometimes there’s a little mystery in the quasi-Holmesian hidden-clues-and-a-solution sense, but surprisingly infrequently; often, the answers that the characters are looking for are delivered through Jessie’s powers, or some other, equally convenient delivery method. The outcomes of these scenes tend to feel disappointingly unearned.

Even still, there’s the odd bit of high fun with deduction and red herrings – there’s a puzzle box with a riddle that viewers can race to solve, and one bit with a tarot card that’s really nifty. More of this would have gone a long way.

The bigger arc soon takes over from the self-contained stories. The wrap-up scenes with Clarke Peters in a linen suit that come along near the end of most episodes become more and more central to the overall experience until, by the end, the bigger picture is all that we’re watching.

Sadly, this is when there’s a completely off-putting bit of business with “lights in the sky” cliches that might have been ripped from the final battle in dozens of dullard tentpole movies. During this, the show loses almost all of its energy at exactly the wrong time and the pressure falls entirely on your investment in Bea and her cohort to keep you watching. Your tolerance at this point will vary entirely on how much you like the young cast, although the chances are that you will like them a lot. It’s a late-on close call for The Irregulars, a crucial battle wherein life imitates art: everything is progressing dramatically until a catastrophic climax threatens to ruin everything, and then a bunch of plucky kids somehow manage to take some hard knocks for the greater good and just about save the day.

The Irregulars is available on Netflix UK from Friday 26th March, as part of an £9.99 monthly subscription.

Bryan Fogel’s The Dissident heads to Amazon in UK

Catch up TV review: The Secret Life of Five-Year-Olds, Parenting for Idiots, The... February 5, 2017 | Ivan Radford 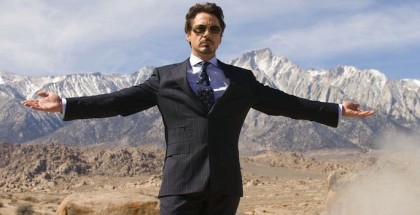