This try-hard cheese-fest is all hat and no cattle.

Dolly Parton is a legend, an idol and a landmark all her own. She has written more than 3,000 songs – many of which were composed on the back of napkins with her fake nails clinking a tune – has starred in some of the best all-female-cast movies of the 20th century, and has changed feminism and country music as we know it. There’s even an amusement park sitting 35 miles north of Knoxville, Tennessee, attracting more than 3 million visitors a year. That’s how serious the world takes Ms Parton. And so we should.

However, this seriousness comes into question with Parton’s latest project, Dolly Parton’s Heartstrings, an eight-part anthology series influenced by the works of her best loved songs. These include hits such as Two Doors Down, Sugar Hill and the infamous Jolene – all of which contain a backstory chronicling the lives and endeavours of alternative people. Jolene, for instance, features Julianne Hough in the title role as the misunderstood and long-desiring country singer, who spends her nights serving drinks in a honky tonk with her “flaming locks of auburn hair, ivory skin and eyes of emerald green”. She meets a suburban housewife and the women soon strike up a friendship before it is jeopardised by Jolene’s long-suffering desirable persona. Other episodes include If I Had Wings, which follows a bitter and ageing man whose past comes back to follow him after his estranged children visit for the weekend; Sugar Hill, which chronicles the decades of a couple’s relationship; and Down From Dover, which charts the forbidden love between a solider and a reverend’s daughter. Get the picture yet?

Although we all enjoy some easy viewing every now and then, Heartstrings tips your patience so far over the edge that you’re practically dipping your feet in the Mississippi River. You may expect some Hallmark-inspired, TV movie cliches to come into play here, but the biggest question and overall let-down is the well respected actors playing them. Renowned actors such as Kathleen Turner, Gerald McRaney and Oscar winner Melissa Leo actually agreed to appear in this cheese-fest. Leo, whose praised performances include Frozen River (2008) and The Fighter (2010) – for which she picked up the Best Supporting Actress gong – is erratic and try-hard as a bigoted Southern mother, insistent on giving her daughter the greatest wedding she ever did dream of. Leo is miles away from the skilled, engaging and tactful actor we’ve come to know and respect – a fate that befalls the entire cast, given cliched lines under forced direction that are met with zero specs of originality.

The saving grace of the series is the episode Cracker Jack, based on the song inspired by a dog with “a spot around one eye that looked just like a patch”, which follows the reunion of four childhood friends whose secrets and lies are unveiled over the course of a weekend. The dog comes into it in no way at all, but the relationship between the four women is reminiscent of Steel Magnolias (1989), which saw Parton in one of her most famous roles.

Dolly Parton’s Heartstrings is sure to entertain fans with its harmless tales and easy-to-watch content, but Parton’s main endeavour was to introduce viewers to the influences of everyday people behind her song – and, Cracker Jack aside, these people are so full of schmaltz that its hard to take them even a little bit seriously.

Dolly Parton’s Heartstrings is available on Netflix UK, as part of an £8.99 monthly subscription.

The Irishman watched by 26 million in first week 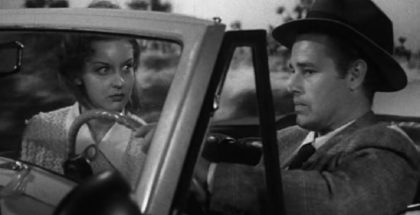 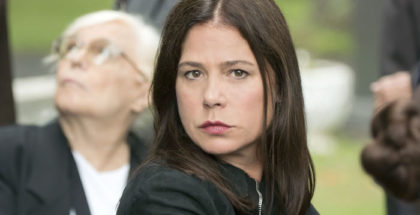