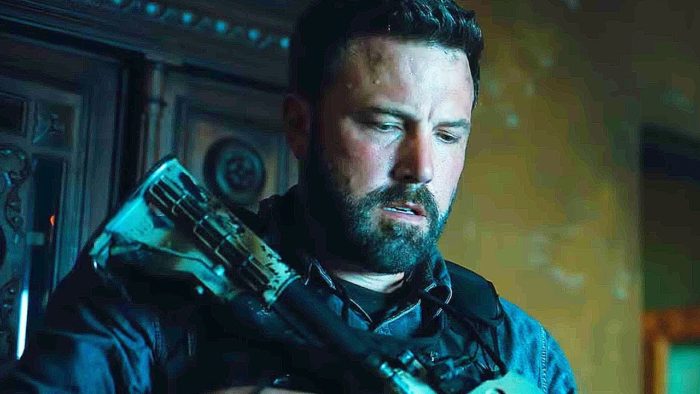 “Men of five still alive through the raging glow / Gone insane from the pain that they surely know.” That’s the sound of Metallica’s For Whom the Bell Tolls blaring over the top of five former soldiers traipsing through the Colombian jungle, shouldering the weight of their military past as they go. Subtle, Triple Frontier ain’t.

The latest film from J.C. Chandor, the film brings together a veritable who’s who of men’s men to play a gruff, tough, rough and ready ensemble of gung-ho veterans – or, at least, veterans who used to be gung-ho, back in the day. When we join them, they’re washed up, shoved aside and put out to pasture. There’s Ironhead (Charlie Hunnam), a motivational speaker for young soldiers, Catfish (Pedro Pascal), a troubled pilot with a kid to support, Redfly (Ben Affleck), a strategical whiz who’s now strategically selling real estate, and Ben (Garrett Hedlund), Ironhead’s brother and an MMA fighter. They’re assembled by Pope (Oscar Isaac), who knows the whereabouts of a drug lord in South America, and his stash of cash that’s just begging to be stolen. The plan? Get in, get his informant and her brother out, and get rich in the process.

Written by Chandor and Mark “The Hurt Locker” Boal, the film takes its time to recruit the gang, but there’s no doubt that these men will do whatever it takes to both claim back some of what they feel they’re owed for their service, as well as restore some sense of forgotten purpose. That’s where Triple Frontier finds the meat on its bones, as it fleshes out a familiar action thriller framework into a more introspective study of masculinity, morality and duty – getting the money is almost the easy part, paving the way for a more probing aftermath of greed, loyalty and justice.

The cast are well picked to tow these lines, from the wiry yet steely Pascal and Isaac to the spot-the-difference duo of Hunnam and Hedlund. Ben Affleck, though, is the main attraction, as his deadbeat alcoholic becomes the one to cross the story’s ethical red line, and, as a result, raise questions of sacrifice and determination. It’s when we see these men lose something – not just bags of cash – that Triple Frontier is at its best, turning what would normally be triumphant set pieces into an odyssey of falls and failures. One helicopter sequence, which becomes a key turning point in the plot, is genuinely nail-biting stuff.

It’s a shame, then, that the more the film goes on (and it does stretch past the two-hour mark), the more you begin to realise that (Affleck’s Redfly aside) the characters aren’t quite deep enough to withstand such prolonged scrutiny. And, while Chandor’s visuals have a glowering heft that suits the growing atmosphere of dread, the use of music becomes a little too on-the-nose for something that wants to be nuanced. The result is a slow-paced, thoughtful actioner that’s a little too slow and thoughtful for its own good – an intriguing and well-acted thriller that shoots for the top of cinema’s mountain range but doesn’t quite scale the heights of Chandor’s All is Lost or A Most Violent Year.

Triple Frontier is available on Netflix UK, as part of an £8.99 monthly subscription. 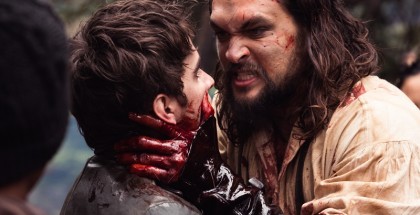