VOD film review: The Princess Bride | Where to watch online in UK | How to stream legally | When it is available on digital | VODzilla.co

A true family blockbuster, this pitch-perfect swashbuckling adventure is timeless fun for all ages.

They don’t make them like that anymore, people wistfully remark when looking back at old-fashioned movies from decades and decades ago. In the case of The Princess Bride, they really don’t: a gloriously nostalgic throwback, the 1987 fantasy adventure is a family romp actually made for all ages – a far cry from the 12-certificate tentpoles filling up multiplexes today.

The film tells a familiar tale of a young woman being rescued by her own true love, but is far from that conventional; it’s written by William Goldman (of Butch Cassidy fame) and based on his book of the same name, which has its own post-modern commentary woven through it. And so we begin events in a typically self-aware manner, as a grandad (Peter Falk) goes to visit his sick teenage grandson and reads a book to him from his bedside. The book? The Princess Bride, a rip-roaring adventure with comedy and action – and an elderly narrator who knows to interrupt any romantic scenes to skip over the soppy kissing.

The woman in question is Buttercup (Robin Wright), who lives on a farm in the kingdom of Florin. Her hopes of marrying her true love Westley (Cary Elwes) are dashed, though, when he sales off to find a fortune and gets attached by the Dread Pirate Roberts – the most feared pirate of the Seven Seas. Pursued by Prince Humperdinck, she reluctantly agrees to marry him and become Princess Buttercup, only to be kidnapped and held hostage by three outlaws: Vizzini (Wallace Shawn), a mastermind from Sicily, Fezzick, a gentle giant (Andre the Giant), and Inigo Montoya (Mandy Patinkin), a Spanish fencer on a personal quest for revenge. Pursued by Humperdinck in a whole new sense of the word, the trio and Buttercup soon find themselves also being followed by a mysterious man in a black mask.

There are no points for guessing who ends up allied with who. Rather, the fun lies in all the little touches along the way. Goldman’s script is full of knowingly over-the-too place names, such as the Cliffs of Insanity and the Dangerous Fire Swamp (home to ROUS’s – Rodents of Unusual Size), and endless quotable dialogue, from Fezzick always talking in rhyme to Inigo Montoya reciting the same motto of vengeance every time he meets the target of his rage.

The cast are clearly lapping it all up, balancing every scene somewhere between amusingly daft and endearingly sincere. Cary Elwes is genuinely smouldering as Westley, Robin Wright adds gusto and comic timing to would could have been a thankless role, Chris Sarandon is laughably pathetic as the self-centred prince, the ever-brilliant Wallace Shawn has never been so boisterously irritating, and Mandy Patinkin is so iconic that it took until his role of Saul in Homeland for him to be associated with any other character. And that’s before you even mention Billy Crystal’s scene-stealing guest turn as Miracle Max, a healer who Can tell the difference between “dead” and “mostly dead”.

Rob Reiner directs it all with aplomb and derring-do, revelling in the sword fights that could belong in a studio pic from the 1930s and bringing what is literally a storybook world to life just enough to buy into it, even as we jump out of it every 15 minuets to return to that sick boy’s bedroom. It’s a masterclass in tone, managing to be funny, exciting and most of all sweet, a combination that finds fresh spectacle in its damsel-in-distress story. Cynics will love laughing at it, those after romance will love swooning with it, and kids and adults alike will find themselves rooting for it – even the soppy kissing scenes. A true family blockbuster, the idea that someone could make a film like it today is inconceivable.

The Princess Bride is available to watch online on Amazon Prime Video as part of a Prime membership or a £5.99 monthly subscription.

Where can I buy or rent The Princess Bride online in the UK? 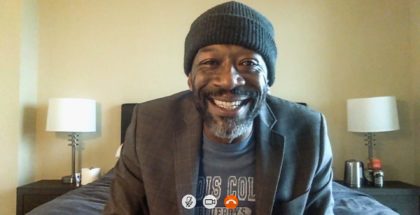