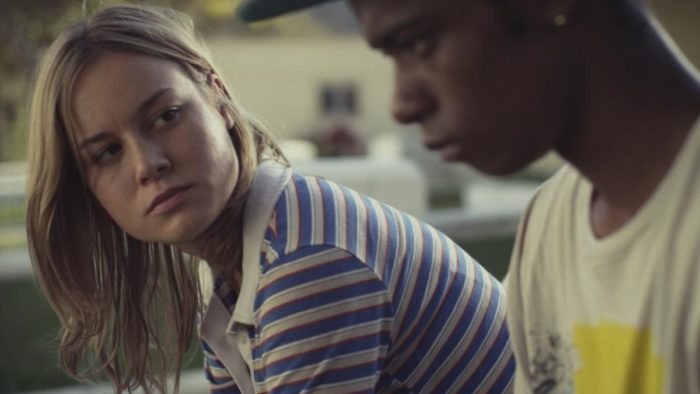 Brie Larson is Grace, a young, determined woman working at a home (almost a camp) for children with social issues, from depression to bouts of violence: Short Term 12. The kids are thrown together to get to some level of normality under the guidance of the young supervisors. Grace is in a relationship with another supervisor (Gallagher Jr.), and her inability to communicate in her relationship is a complete 180 from her attitudes with the children: she gets them to talk and helps everyone open up about themselves, who they are as people, as opposed to the categories they have been lumped into.

Things are made more complicated by the arrival of new girl Jayden (the phenomenal Dever), who has a rebellious, angry attitude that is just enough to rub Grace the wrong way. What could be construed as an issues drama about troubled teens that plays up the shocking nature of modern society and the way kids are (and are dealt with), though, is actually a beautiful and often funny story of people trying to help one another, even if some of them don’t want to engage. What’s so successful is the way it underplays so much for a long time, letting story lines creep into the natural aesthetic to make everything more human and honest. It lets us, as an audience, know the characters in their environment, before the plot unfolds. Even the film’s third act is still quiet and precisely anti-narrative in many ways; much like life, there’s some sort of climactic element, but it all feels like a story created within the freeform lives of those on screen.

The acting is extraordinary, with Larson and Dever on their best form (even with their exceptionally strong CVs). Support from Gallagher Jr., Brooklyn Nine-Nine’s Stephanie Beatriz, Rami Malek as a new supervisor, and Keith Stanfield as one of the long-running inmates, enhances and embraces the world building. Smart, accessible, beautiful, often funny and sometimes sad, this isn’t a film that doesn’t beat you over the head, but quietly knocks you out with a visual beauty and characters you enjoy spending time with. An absolute must-watch.

Short Term 12 is available on BFI Player+, as part of a £4.99 monthly subscription. You can subscribe to BFI Player+ through the BFI website, or through Amazon’s Prime Video Channels.

Where can I buy or rent Short Term 12 online in the UK?