Netflix UK film review: Schindler's List | VODzilla.co | Where to watch online in UK | How to stream

The Holocaust has been the subject of feature films since before it even had a name. Carol Reed’s thriller Night Train To Munich, made in 1940, features scenes of concentration camps – then little more than a rumour – and Orson Welles’s third directorial outing, The Watcher (1946), holds the dubious distinction of being the first Hollywood movie to include real-life footage of the camps.

But, while there had been a steady stream of small Holocaust movies, none – apart from perhaps the Oscar-winning Diary Of Anne Frank (1959) – had, understandably, been big box office smashes. All that changed with Schindler’s List, as the world’s biggest director, Spielberg, took on Thomas Thomas Keneally’s bestselling novel. The result is a movie that’s as important culturally as it is outstanding cinematically – in short, it should be on everyone’s Top 5 Movie lists.

That it often isn’t is down to our squeamishness and, possibly, some people’s aversion to black and white movies. Spielberg’s decision to shoot in monochrome signals from the off his uncompromising vision; this most crowd-pleasing of directors isn’t about to make us feel all warm and fuzzy. E.T. this ain’t. As such, while it’s widely regarded, not many people watch Schindler’s List more than once. Understandable this may be, but if ever a film stood up to repeated viewings, it is this one.

And, unrelenting grim though the movie is, it’s still a very solid Hollywood redemption story. We first meet Oskar Schindler (Liam Neeson, Oscar-nominated), a charming but self-centred factory owner, as he arrives in Nazi-occupied Kraków. Initially, the Jewish prisoners represent nothing but cheap labour, a position he soon comes to reappraise. Then, as he realises money means nothing, he sets about saving as many Jews as he can from Auschwitz, employing them in his factory. Ben Kingsley gives a wonderfully understated and moving performance as Itzhak Stern, the accountant whose skill with accounting ledgers keeps the Nazis at bay.

Of course, the horrors of the Holocaust are never far away – literally, with Płaszów concentration camp situated just outside the town. Just as Schindler runs a factory dedicated to preserving life, so SS-Hauptsturmführer Amon Göth (Ralph Fiennes) oversees a place of industrialised death. Fiennes is the epitome of plausible evil – an ordinary man turned into a monster by his circumstances and, perhaps, his true nature.

There are many scenes that convey the madness and terror of the times, horrors meticulously reconstructed by Spielberg and his team. The clearing of the Jewish ghetto (featuring the famous ‘girl in a red dress’), the mass burials of gassed prisoners and the reality of being stripped naked and herded into the gas chambers – though many criticised the fact that, rather than gas, Spielberg shows his Jewish prisoners getting what was so often promised but rarely delivered: a hot shower.

For some, this lays bare the problems with Schindler’s List – its detractors claim, for all its horrors, the film remains life-affirming and schmaltzy, something they argue doesn’t truly reflect the murders of 10 million innocents. As the legendary Stanley Kubrick, himself a Jewish-American, is alleged to have said: “The Holocaust is about 6 million people who get killed. Schindler’s List was about 600 people who don’t.”

There may be something in this view; the real life footage that closes the movie, showing the real-life Schindler Jews placing stones on Schindler’s grave, certainly feels like a step too far. But a Holocaust movie without hope would, it could be argued, not be a true reflection of those appalling years. Yes, it was the darkest time in the history of humanity, but still good men and women found it in themselves to risk everything for the sake of others. And as a story, that’s not merely a reassuring fairytale – it’s a vital reminder of what evil looks like, and how we must oppose it any way we can.

Schindler’s List is available on Netflix UK, as part of an £8.99 monthly subscription.

Where can I buy or rent Schindler’s List online in the UK? 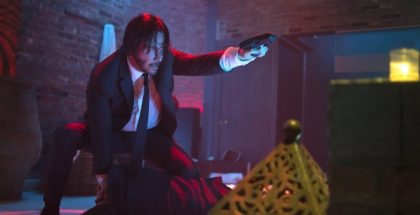