Netflix UK film review: Paris is Burning | Where to watch online in UK | How to stream legally | When it is available on digital | VODzilla.co

Forget Madonna’s voguing – this is the realness.

Just one of many inspiring and moving speeches from this legendary 1990 documentary, now streaming on Netflix UK. Made over seven years, it’s a peek into a unique time and place – drag balls in 1980s Brooklyn – and the trans and queer people of colour who populate it. As the young man interviewed correctly identifies, these are people who are marginalised because of their ethnicity and their sexuality.

The energy of the Balls is infectious, as is the slang, so much so that some of it – fierce, shady – is still in common parlance today. We’re treated to a dizzying array of categories – Lucious Body, Schoolboy/Schoolgirl Realness, Town And Country, Executive Realness, Butch Queen First Time In Drags At A Ball, High Fashion Eveningwear, and a little thing called Voguing, a dance inspired by looking into a compact mirror on the dance floor and made famous, of course, by Madonna.

As Madonna was accused of cultural appropriation, so too was the documentary’s director, Jennie Livingstone. Being white, middle-class and female, many of the men in the scene felt that they’d been taken advantage of afterwards, especially when the film went on to make over $3 million at the box office. To Livingstone’s credit, she distributed several thousand dollars to the documentary’s key contributors, even though legally she didn’t need to – all involved had signed release forms.

But setting aside the rights and wrongs of the controversy, Paris Is Burning is an astonishing artefact from the late 80s, not just because of the footage of flamboyant drag queens, but because of the candid interviews conducted with the participants. Living in poverty, many forced to run away from home due to their sexuality, seeing them find acceptance and a surrogate family among the Ball community is life-affirming; there are several moments when all but the most hard-hearted homophobe will have tears in their eyes. Recommended.

Paris Is Burning is now available on Netflix UK, as part of an £9.99 monthly subscription. 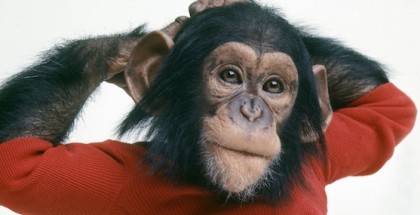