Netflix UK film review: Like Father | VODzilla.co | Where to watch online in UK 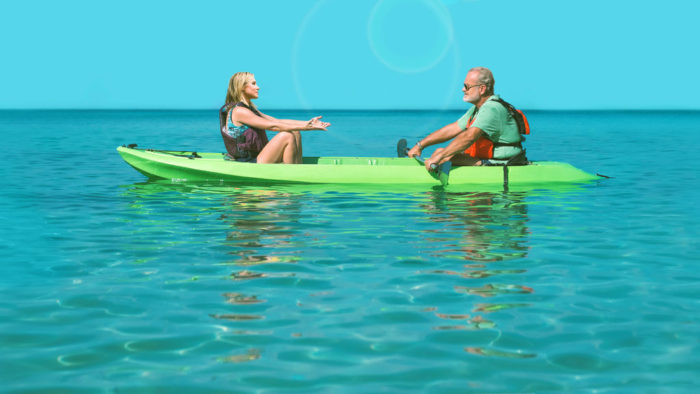 Kelsey Grammer and Kristen Bell make a charming pair in this by-the-numbers, but endearing comedy-drama.

Netflix’s growing push into original films has had mixed results to date, but amid the swiftly expanding library of forgettable features lie a number of gems, from First They Killed My Father, Beasts of No Nation and Tallulah to ARQ, Okja, Calibre, and a whole host of documentaries. If the others fall into something of a by-the-numbers approach that seems apt for a company driven by algorithms and big data, this summer’s charming rom-com Set It Up proved that sometimes, the numbers do add up. Like Father’s algebra is similarly solid.

The debut feature from Lauren Miller, it brings together Kristen Bell and Kelsey Grammer, a partnership that modern cinema has been crying out for since, well, never. And it’s that odd couple pairing that makes the film work – not because one is grumpy and bitter and the other is young and carefree, but because both of them are as grumpy and bitter as each other. Rachel is a workaholic ad exec, who is left at the altar by her fiancé, while Harry is her estranged dad, who walked out decades ago and is suffering the aftermath of his own tragedy. The last place either of them want to be a honeymoon cruise in the Caribbean – and so, inevitably, that’s where they end up, after a night of heavy drinking.

It raises worrying questions about the customer care on offer by the cruise liner, which seems to have no trouble about welcoming unconscious drunkards aboard, but once there, can the ship’s luxurious facilities, the bright backdrop and the feel-good passengers surrounding them jilt them out of their respective melancholic funks? There are no prizes for guessing the answer, and Miller’s script unashamedly plays by the rules, dropping emotional revelations just before the third act and even introducing a potential new love interest, played by Seth Rogen.

But the sweet conventional story beats are laced with just enough grit to feel convincing: Rachel’s refusal to participate in the most cheerful activities and Harry’s awkwardness and frustration around his daughter avoid things becoming tiresome. Their delivery of dialogue, meanwhile, nudges scenes just enough off course to surprise: an on-stage contest styled after The Newlywed Game becomes enjoyably inappropriate, as the duo recite rehearsed answers, while even a stint of karaoke is performed with enough aplomb to win you over, despite any misgivings you might have.

Bell is clearly enjoying the chance to take centre stage, after impressing in the lead of The Good Place for two years, and Grammer delivers such an effortless turn that you could almost be forgiven for thinking he isn’t acting at all; the seasoned sitcom veteran smoothly glides between regret and witty repartee without overplaying his part, a restraint that’s easy to underrate and is commendably matched by Rogen’s gentle supporting role.

It’s a shame, then, that the cast aren’t given more to sink their teeth into. There’s satisfying familiarity in the comfortable genre surroundings, one that makes this undemanding fodder to keep people streaming for two more hours, but you wish that Miller, given the creative freedom of Netflix’s backing, opted for something spikier or slightly more subversive. There’s an endearing side to the end result, but it’s the cast who really make this calculated comedy-drama work. If that’s a result of number-crunching too, though, Netflix should keep up the maths after all.

Like Father is available on Netflix UK, as part of an £8.99 monthly subscription. 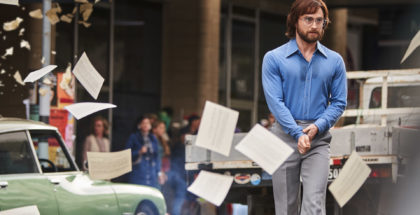