Netflix UK film review: Ghosts of Sugar Land | Where to watch online in UK | How to stream legally | When it is available on digital | VODzilla.co 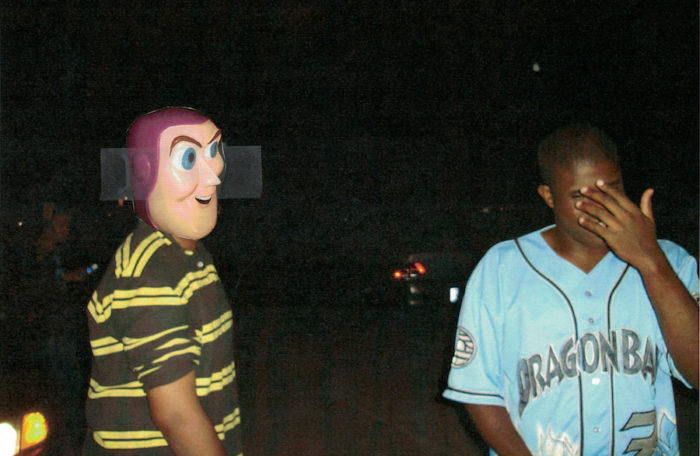 This retelling of a radicalised young Muslim is a poignant study of betrayal, doubt, identity and lost connections.

What would you do if one of your friends joined ISIS? That’s the provocative question at the heart of Ghosts of Sugar Land, a short film that packs a powerful punch in just 21 minutes.

Directed by Bassam Tariq, it brings together a group of young Houstonite men who ponder the disappearance of their friend. Referred to as “Mark”, they believe that he went to join the “Islamic State” after becoming radicalised into sympathising with the terrorist group. It’s an act that they consider a betrayal, not only of them as friends, but them as fellow Muslims too.

There’s a true crime feel to their discussions, one that Tariq fosters with a gripping drip-feed of details. How did Mark become radicalised? Why? What if he wasn’t really a sympathiser? What if he was an informant for the FBI going undercover? It’s a conversation full of doubt and uncertainty as much as affection and grief, and it soon becomes clear that none of them are entirely sure what happened.

Tariq assembles their contributions and comments from footage of them in living rooms, shops, bedrooms and car parks – all locations that they grew up in and around together. It’s as much an exorcism of their childhood memories as a detective puzzle, revealing not only the terror that their once-good friend became something so foreign to them but the fear of what that means for them too.

Indeed, the whole group delivers their intimate, honest comments from behind superhero and movie character masks, such as Iron Man and Darth Vader. It’s partly to protect him and others, but also to protect themselves – a sad reflection of current American society that they might be identified and considered somehow sympathetic of ISIS too. Or, if Mark was working undercover, does that mean they also being watched by the FBI?

In one of the most challenging and melancholic sequences, one of them briefly ponders whether Mark’s accusation, late on in his radicalisation, of them becoming too Westernised was a valid criticism of them as Muslims assimilating into modern US civilisation – a though that reminds us that these friends have experienced the same struggle between cultural tensions that made Mark vulnerable to loneliness and, eventually, extremist views. That they can only be open about this whole topic while hiding behind faces of commercialised, capitalist entertainment makes the whole thing even more poignant – a chorus of American voices that appear part of the cultural mainstream but, thanks to their former friend’s actions, in part still feel like outsiders.

The film reveals Mark’s fate – and name – in the end credits, resulting in a moving study of betrayal, doubt, identity and lost connections, one that gives an important, thoughtful insight behind news headlines.

Ghosts of Sugar Land is available on Netflix UK, as part of an £9.99 monthly subscription.

Uncut Gems review: An adrenaline shot of a movie

Trailer: Netflix short celebrates immigration in Out of Many, One... November 24, 2018 | James R